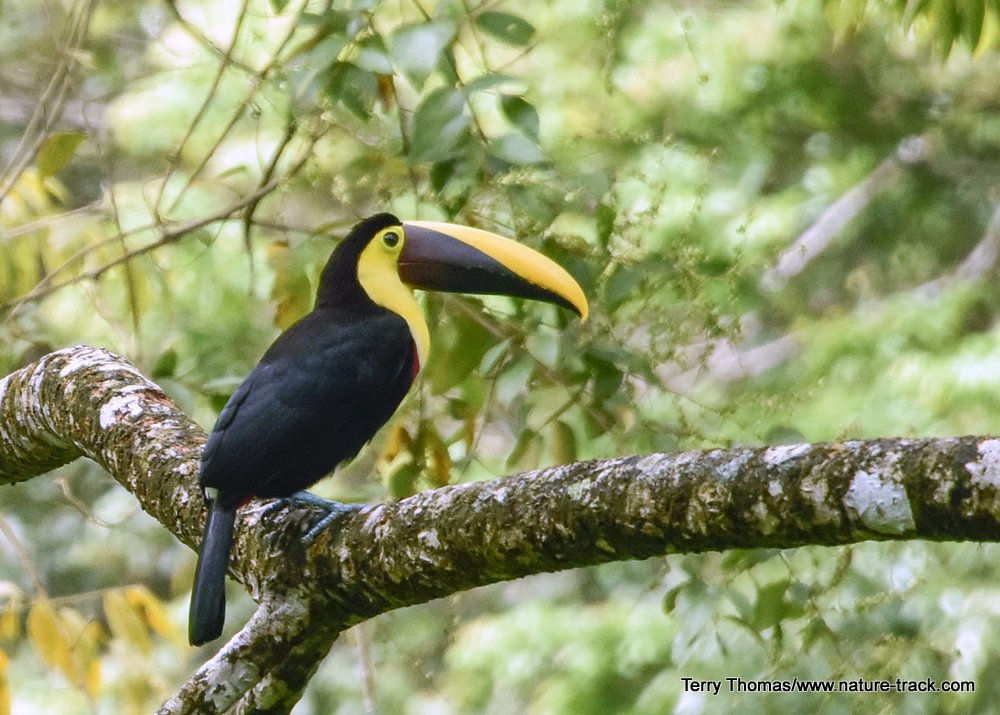 A chestnut-mandibled toucan along a forested road in Costa Rica.

We just completed our first trip to a foreign country, Costa Rica, in six years. Several friends asked us, “Why Costa Rica?” I was dumbfounded. Costa Rica is awesome: with only 0.03 percent of the Earth’s landmass, has five percent of the biodiversity, including 12,000 species of plants, 910 species of birds (more than the U.S. and Canada combined), 1,549 species of butterflies, 226 reptile and 196 amphibian species and 240 species of mammals. Costa Ricans are justifiably proud of that status and are anxious to share it. Who wouldn’t want to go there?

Costa Rica is a small but beautiful country in Central America, bordered by Nicaragua on the north and Panama on the south (or east). Half the size of the state of Kentucky, it boasts both Pacific and Atlantic (Gulf of Mexico) shores. It runs nearly parallel to the equator and just miles from it. Daylight and nighttime hours are almost split evenly year-round. It is largely a tropical climate with a wet season and a dry season.  Eighteen feet of rain fall annually in some of the wettest forests along their continental divide. The south half of the country was formed by the collision of tectonic plates and still counts 7,000 tremors a year. The northern half was built by volcanoes and active volcanoes still dot the landscape.

Tourism is the number one economic driver in Costa Rica. The tour company we used starts two busloads of tourists on an eight day tour every single day during the dry season, and about a third of that during the wet season. They are only one of many tour companies that offer everything from laidback tours like ours to specialized high adventure and photography tours.

Tourism is popular in part because of Costa Rica’s commitment to conservation of natural resources. Over ten percent of the country is protected by national parks. Another seventeen percent is protected as natural areas, biological reserves or wildlife refuges. Costa Rica is the first country to intentionally practice reverse deforestation. In the past 30 years or so, forested areas have almost doubled in size.

I was pretty excited to get to Costa Rica and just wander around a bit with my camera and binoculars. However, an accident two days before departure left my right arm in a sling and me hobbling around very slowly with a cane for support. My trip changed dramatically. I wondered if I would really be able to experience anything meaningful.

It didn’t take long allay my fears. Birds and animals, it seemed, were everywhere. Hotel gardens, bus rides, sitting on a beach or lounging around the pool could yield a surprise visit from an iguana, a sloth, monkeys or new birds. Two river boat tours and a visit to Manuel Antonio National Park helped to fill our wildlife dance card as well.

While we did see a few species that we can see here (after all some of our birds spend their winters there) such as the great blue heron and white-tailed deer (the symbol of Costa Rica), by far the animals and birds we saw were new to us. We reveled in seeing toucans, macaws, including the once endangered scarlet macaw, basilisk lizards, crocodiles, three species of monkeys, two species of sloths and a wide range of other birds.

In a word, Costa Rica was stunning. Who would have thought that a small Central American country with no standing army would be willing to make the choices to ensure a future for wildlife, rainforests and their economy while leading the world in conservation?

You can read more and see more photos of our trip by clicking on the image below: 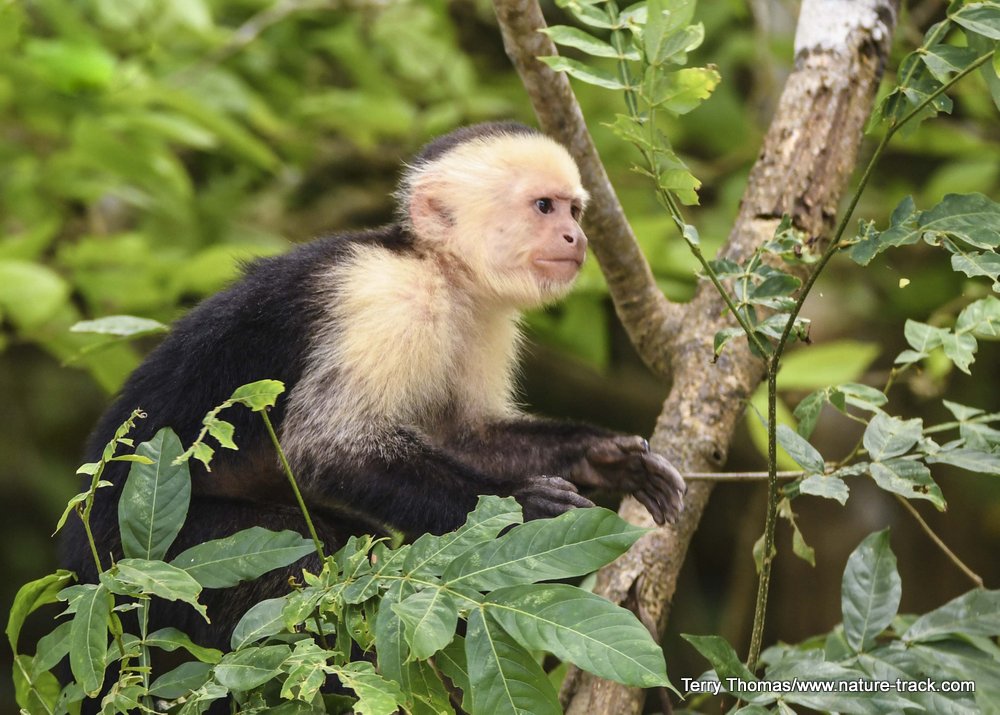