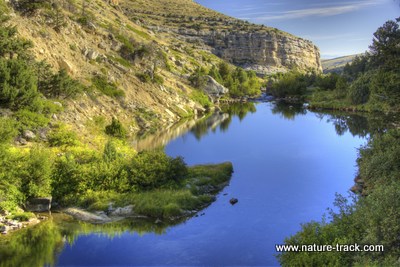 The Rise of the Popo Agie.

The Popo Agie (pronounced Po Po zsha) River flows through Lander, Wyoming, but not before it performs a curious disappearing act in Sinks Canyon. For about one quarter mile, the river disappears into limestone cliffs, only to rise again downstream. The most curious part of this is though, that dye studies have found that it takes the water over two hours to make this short journey. Even then, more water comes out of the ground at the “rise” than goes in at the “sink”. No one has been able to trace where the water goes as the openings are too small to allow cavers access.

For many years, a power company operated a small hydroelectric facility at the rise of the river. In 1969 though, they closed the facility and donated the property to the city of Lander. That act became the rise of the Sinks Canyon State Park which is a cooperative venture between Lander, the state and several other groups.

Sinks Canyon State Park has been on our bucket list for 20 years. We had driven through there on our way home from central Wyoming one year and were very impressed. So, when we planned to visit the Black Hills of South Dakota, we decided that Sinks Canyon would get our first two days and nights.

Getting to Lander isn’t hard. We chose to go through Jackson, Dubois and Riverton, but we could have also taken a bit longer route through Pinedale, Farson and South Pass, WY. Pulling our trailer, it took us about six hours to arrive at Lander. That might have included a bit of nap time on the side of the road though.

There are two campgrounds in the state park. The lower one is very small and difficult to negotiate with a trailer. It is best suited for tenting. The upper one has more room but even then, trailers over about 30 feet in total length will have a hard time. If you are pulling a trailer, DO NOT pull into the upper end. There is not a turn around and getting out was a real challenge of my backing skills. These campgrounds were $12/night and they are open all year.

There is also one more campground just above the state park on national forest. If you turn into this campground and go to the right, you will find about half a dozen sites. There are more sites to the left but only one or two are suited at all for trailers. These sites are $18/night. 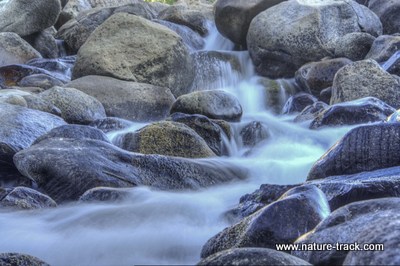 The Sinks of the Popo Agie

Our first afternoon, we took a walk on the nature trail right out of camp and went to the sinks to see the river disappear. We wanted to go to the visitor center but it closes after Labor Day.

Then we took a drive up the canyon on Highway 131/Forest Road 300. This drive goes up a series of pretty awesome switchbacks as it climbs the steep hill to the south. Eventually it turns to gravel but it is a good surface. There is a lake at the top of the grade (and down a few miles) called Frye Lake. It is a reservoir and was way down.

Back on the main road and heading south, we came to Fiddler Lake. It is smaller than Worthen but very pretty. It also has a Forest Service campground. 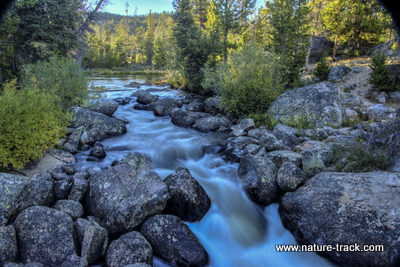 You will cross the Little Popo Agie just before you arrive at Louis Lake.

Our drive back to camp took less than an hour. We did notice that even though it was only the 8th of September, aspens in the higher country were already starting to change color.

The next two mornings we spent a lot of time at the rise of the river. There is a platform above the rise where you can look down at some humongous rainbow, cutthroat and brown trout. These well fed fish (for a quarter you can get a handful of food. Be ready when you push/pull the plunger though as the food tends to dump more on the ground than in your hand. Putting a grocery sack underneath it would work best) don’t have to worry about fishermen because the rise side of the road is closed to fishing. 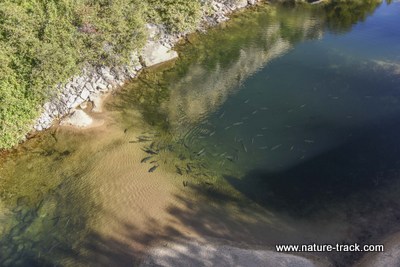 There are several hundred huge trout basking in the easy life of the Rise of the Popo Agie. 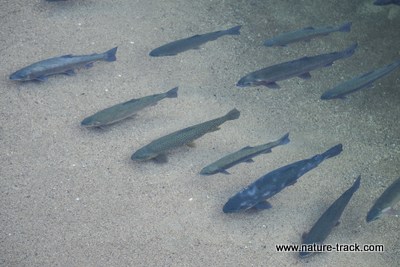 We were most interested in the birds that were attracted to the area because of the water and also two large bird feeders (that is why I love state parks! They tend to not have the strident rules of the federal parks). The birds of the day were green-tailed towhees and spotted towhees. However, chickadees, a young black-headed grosbeak, lots of Townsend’s solitaires, chukars, tanagers, magpies, Clark’s nutcrackers, robins, dippers and a variety of flycatchers and warblers that were too fast for my developing birding skills to identify, all kept us busy. 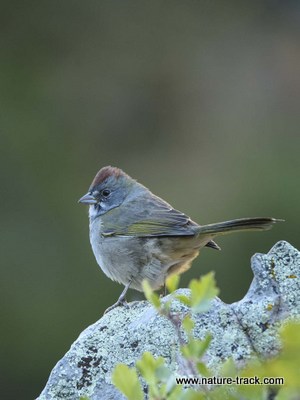 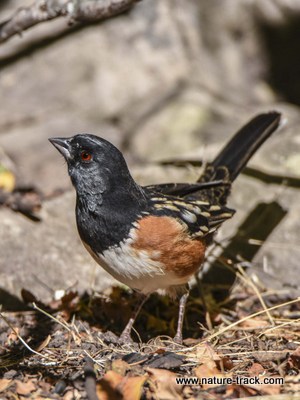 We also saw a lot of mule deer does and fawns. We didn’t see any bucks but I suspect that during the rut this would be a good place to go for mule deer photography. Again, you won’t have to deal with rangers and twenty-five yard rules like you would in the national parks.

All in all, Sinks Canyon State Park was a fun place to visit. I would like to return there some time and do a little bit of hiking and even take a road bicycle and see if I can make it to the top of the switchbacks.  For a late fall visit though, I would check first to see what campgrounds and roads are still open.