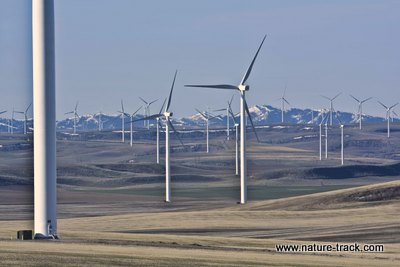 Most of August has had a hint of autumn in it with cool temperatures, pleasant breezes and even some leaves changing early. I love autumn, but more than that, I think I love change, that edge where I can live with a foot in each of two worlds.

But a recent birthday has left me feeling a little old and I am noticing some changes that only those who are well past mid-life can see. These changes aren’t as pleasant as the transition of the seasons.

For instance, last week I visited a wild place near and dear to our family. For many years we held our week long family camp there. After a bit of trial and error, we settled on a campsite up a bone jarring road with a marvelous view of Old Hyndman Peak and a quiet fishing stream in front. We hiked and swam and fished in relative seclusion even though we camped alongside an open road.

Since the kids have grown, we have only been back to that campsite a few times, but it has never been the same. While the view of the magnificent peaks hasn't changed, at some point, managers felt compelled to remove about half the trees in the camping area. ATVs have churned the site to a fine powder and about two miles of the old road have been closed. Even the bumpy gravel road that led almost to our canyon is no longer an impediment to crowds as it is now covered in smooth asphalt.

It is the same place, but it isn’t. And these are just small things. As a friend of mine puts it, the entire baseline is slipping. Each new change on the landscape becomes the new normal against which all new alterations are measured.

I can remember counting deer from a helicopter just east of Idaho Falls as part of my Master’s thesis 30 years ago. As memory serves, in winter we could count up to 200 mule deer in Black Canyon that overlooks the city. Today, houses and ATV trails occupy the same ground and the deer are all but gone. That is the new normal.

Five years ago, the eastern skyline of Idaho Falls was nearly free of wind towers. Today, there are about 250. For old-timers, this is a change. For youngsters and newcomers, this is just the way it is. A new baseline—good, bad or indifferent—has been established and is a part of every new decision and is as accepted as the farm fields were that preceded them.

A friend recalled excellent pheasant hunting where the Grand Teton Mall now stands. Other pheasant habitat has been converted from small fields with fencerows and ditchbanks to large single crop center pivots. This is the new reality for pheasants and for those who like to hunt them. Part of that new reality is that pheasants no longer thrive around Idaho Falls.That is just the way it is.

All this might be rather morose, but it is a reminder that the way it is now isn’t the way it has always been. We truly will shape the future with the decisions of today. And the wild things we care about may die a death of 1,000 cuts if we aren’t thoughtful in how and where we create the new baseline.