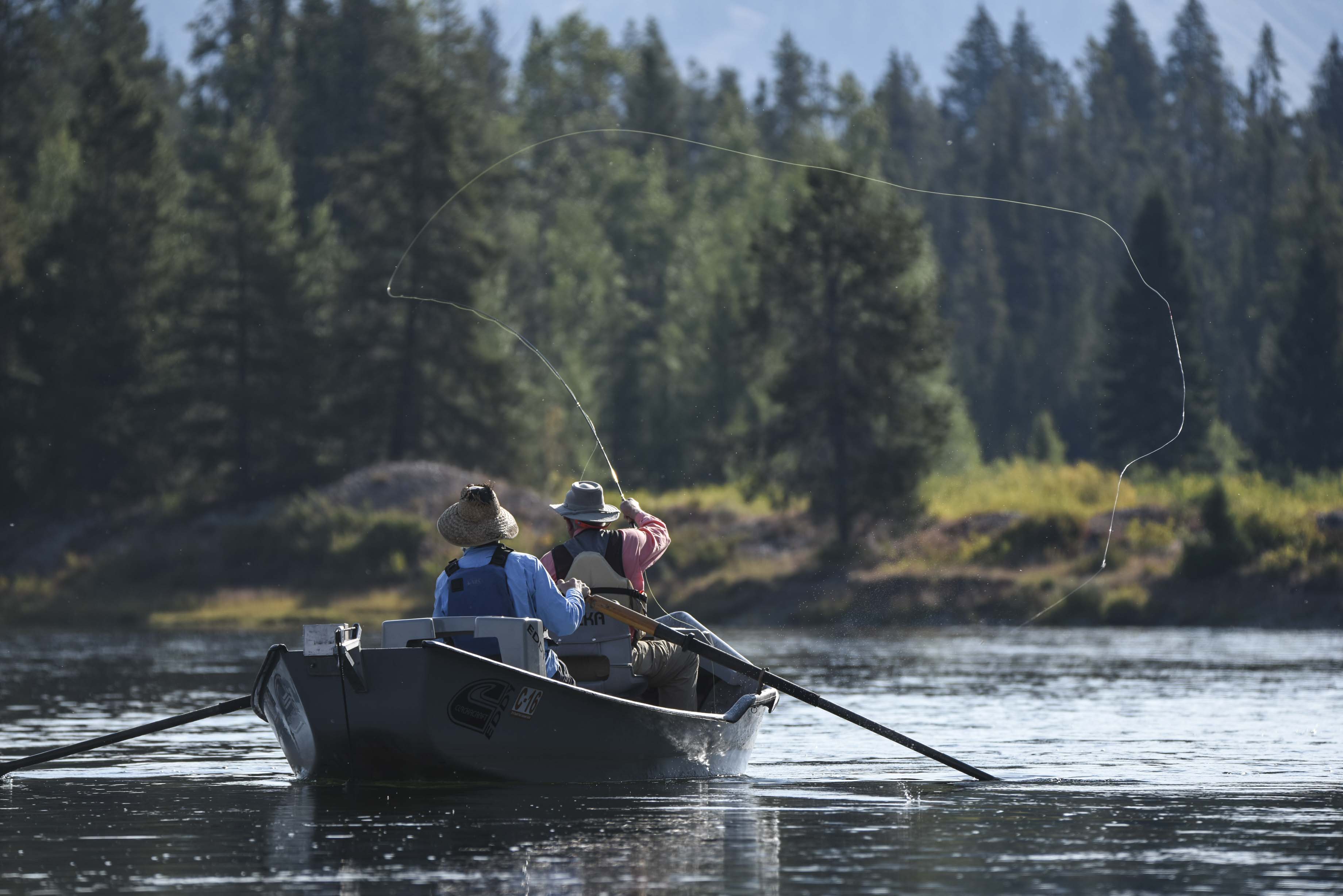 Time spent fishing may actually increase the length of your life and provide you with better health, studies are finding. This new research is demonstrating what most of us already know at some level: exposure to the things of nature has therapeutic value and is something that humans crave, even though we might not realize it.

Burns Creek set a steady cadence as water tumbled into the head of the pool and flowed softly out the bottom. Cottonwoods arched above, a blush of yellow hinting at autumn as sun filtered through the leaves, and dogwoods lined the banks. I stood, then sat on the banks and watched the water endlessly wash by, gurgling softly and reassuringly that all was well. I wasn’t there to fish or hunt or to even scoop up a drink. I just wanted to think about the recent past and the near future. I find I think well in the woods, and moving water acts like a catalyst.

I thought about a new book I am listening to by Florence Williams called, The Nature Fix. It’s subtitle, Why Nature Makes Us Happier, Healthier and More Creative, indicates that this is about nature fixing us, not us fixing nature. It is not a new concept; many ancient religions have advocated for strong ties to nature as a way to be more completely human. One hundred and seventy years ago, Florence Nightingale recognized the role of sunshine in helping her Crimean War casualties to heal. Even kindergarten was originally conceived to get small children outdoors because of physical and mental development benefits.

Until recently though, the scientific evidence that immersion in nature has real health benefits has always been apocryphal or at least not well substantiated. There were always plenty of other ways to explain away an observation of the phenomenon of nature healing or boosting mental and physical health. For instance, when people get out into nature, they tend to get more exercise and there are measurable health benefits. Which caused the improved health, nature or exercise? Is there truly a power in getting away from a busy urban life into nature, or is it really just the change of pace that brings stress relief? These are often very difficult to tease apart.

Early attempts to quantify the value of nature often fell into the trap of correlation. Things that are correlated may rise or fall together, but proving that one caused the other was elusive. As equipment and techniques have improved though, researchers have been able to better isolate cause and effect through the use of brain wave mapping, energy levels and other scientific measurements impossible just a handful of years ago. In addition, researchers interested in the therapeutic effects of nature have recognized the weaknesses of previous study designs and have been devising clever tests that can pass scientific scrutiny. In short, nature therapy research has emerged from the voodoo era into real science.

Nature therapy isn’t really about natural cures, holistic medicines, aroma therapy, herbal teas or other natural substances used by some people. We know that there are products in nature that have healing properties. After all, aspirin is a derivative of willow bark. Rather, this is about the restorative value of just being connected to nature, by just being IN nature.

Richard Louv’s chilling book, Last Child in the Woods, documented how children have lost touch with nature in just a generation. His book reported the dire consequences of that broken connection in a child’s development. William’s book takes it a step further, but comes from the other side, showing the importance of a “green connection” not just to children, but to all humans, young to old.

After listening to, The Nature Fix, I am starting to think that the old saw, time spent fishing is not subtracted from one’s life, is not so far-fetched after all.