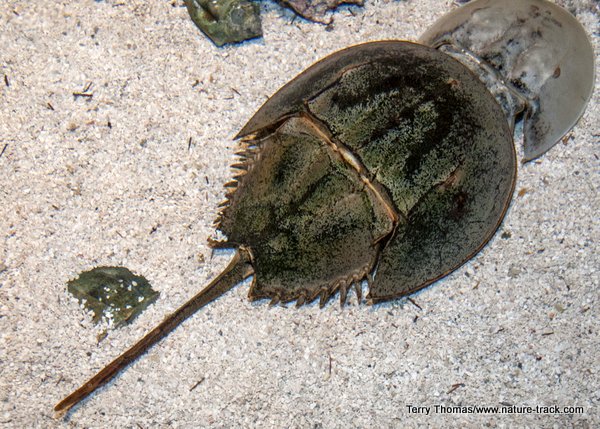 Horseshoe crabs don’t have red blood, but rather, blue blood because they utilize copper to bind oxygen to blood cells instead of iron as mammals do.

I had honed a chisel to razor sharpness and then, like a dummy, dropped it into the pocket of my woodshop apron without a thought. Before long, I began to feel some wetness above my knee and checked it out. I found an inch long cut through my trousers and a corresponding slice in my leg. The blood ran freely down over my knee.

Blood. It is the reason we have that essential organ, the heart. It is also the reason we have vertebrate life on this planet and we can’t survive without plenty of it. Blood is the unifying factor for all our organs—picking up oxygen in the lungs and delivering it to the rest of the body, collecting nutrients from the intestines and distributing them around, and in turn, recovering waste and dropping it off in the kidneys. A brain starved for blood-supplied oxygen loses consciousness in seconds as I learned when practicing a form of physical restraint years ago as a young conservation officer. When my companion properly applied the hold, known as the Valsalva move, blood stopped going to my brain and I was immediately momentarily rendered unconscious.

Most mammals have a blood make-up similar to that of humans. By volume, the red blood cells constitute about 45% of whole blood, the plasma about 54.3%, and white cells about 0.7%. One micro liter (1 millionth of a liter) contains about five million red blood cells, 8,000 leucocytes (white blood cells) and up to half a million thrombocytes—what we call platelets, those little things essential for blood clotting. (Without them, I might have bled to death after my incident with the chisel). Since an average human body contains around 10 pints (about 5 liters) of blood, that is a lot of cells.

Mammalian red blood cells are round and flattened, with an indented center. They contain hemoglobin, an iron-based protein that binds to oxygen in the lungs and releases it in the tissues. It is this iron that gives blood the rich red color. On the return trip to the lungs, the hemoglobin binds to carbon dioxide, releasing it in the lungs to be breathed out. Red blood cells are real workhorses and only live about 120 days. There is a constant supply being manufactured in the marrow of our bones.

These cells all float along in the plasma, clear yellow in color, which is over 90 percent water mixed with some proteins. Besides being the solution that the blood cells and platelets drift in, plasma is also the medium that distributes the nutrients such as fatty and amino acids and glucose either dissolved in the plasma or attached to proteins. This is also where the waste, such as urea and lactic acid go, not into the red blood cells.

Red blood cells in non-mammal vertebrates are somewhat different. They are oval, not round, and the plasma contains thrombocytes not platelets. Invertebrates take change even further. Crabs, lobsters and other crustaceans have blue blood because they utilize copper, not iron, as their oxygen binding molecule. There are also purple and green-blooded invertebrates, largely sea worms, for the same reason—they use something other than iron or copper to carry oxygen molecules.

The amount of blood an animal has is directly related to body size. An elephant has about 65 gallons of blood while a Holstein cow has about 10 gallons. A mouse-sized mammal may have only 1.6 milliliters.

While I am not a big fan of hospitals, the sight of blood has never really affected me. I patched myself up from my chisel incident and was on my way. That cut has barely healed, but still serves as a reminder that holes in the skin are going to leak blood every time. If they don’t, then there is a bigger problem than the cut itself.