Nests are not Homes 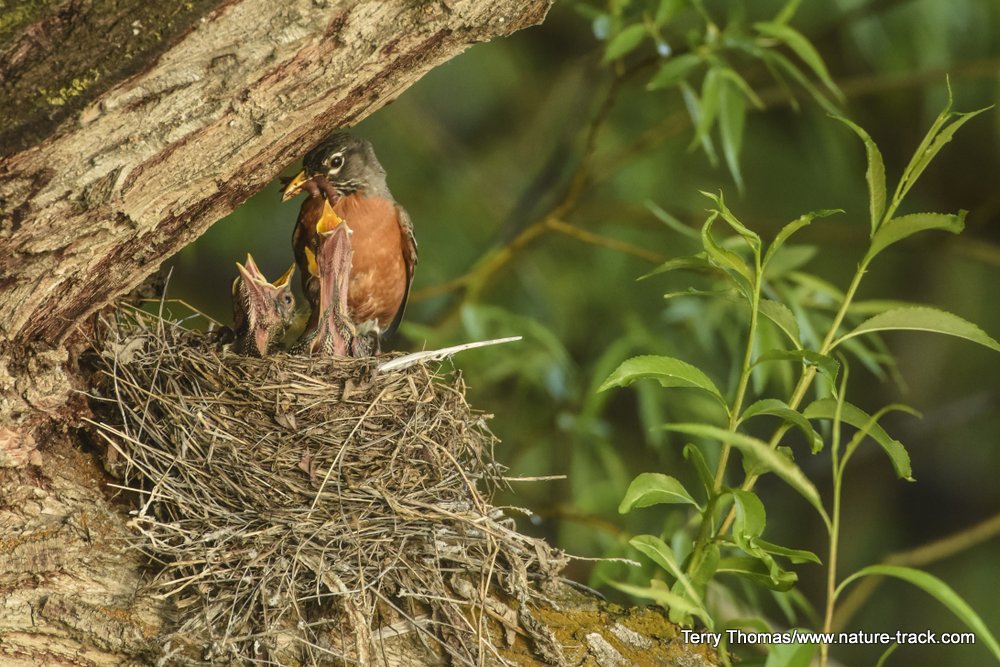 While these robin chicks are young and helpless, the nest serves as an essential rearing area. However, once they fledge, they will quickly abandon the nest, never to return.

As we returned home around noon on Sunday, an enormous bird landed in a tree in front of our house. As we watched in amazement, another huge bird, this time easily recognizable as a great gray owl, landed next to the first bird and gave it a small rodent. It was clear that this was a female and her offspring. As we shut down the engine and rolled the windows down, we could hear two other young owls as they made their food begging cry, letting mom know that they wanted to be fed too.

This unique show continued until the youngsters, nearly as big as their mother, slowly moved on, likely following the adult as she hunted. Early in the summer we had seen a great gray owl and I wondered if this was the same owl, now with a growing family far from their fledgling nest.

I also thought about a conversation I overheard between a young lady and her small children as she explained to them that a bird’s nest is its home and it spends the summer there. I didn’t correct her, but these owls were evidence enough that birds don’t have the same concept of home that we do.

For nearly all birds, nests serve two purposes—a place to lay eggs is universal. However, there are many birds whose precocial chicks hatch ready to take on the world and will leave the nest forever within 24 hours. It is common for these nests to be more rudimentary, sometimes nothing more than a bit of grass or a few feathers.

For altricial nestlings, those that hatch naked, blind and helpless, the nest has more purpose—a safe place for them to grow and mature— and is usually a more elaborate affair, sometimes fantastically so. Bald eagle nests may be eight feet across and weigh a thousand pounds or more. Orioles weave nests of grass that are shaped like a gourd, with a narrow neck and wider pouch for the nestlings. Magpies put roofs over their nests, swallows build nests out of mud.

However, despite all the work that goes into the nest, after the nestlings have fledged, the nest is just a bunch of grass and twigs to which the birds feel no attachment. It isn’t “home” in any sense of the word. Some species, bald eagles and ospreys come to mind, will use the same nest year after year, and may hunt in the general area, but the nest is not a place to routinely come back to and put their feet up at the end of a long day.

Species that have two or even three broods each season commonly construct a new nest for each brood. This is likely partly instinctual but it does have a practical side. Despite efforts at hygiene by the parents, by the time nestlings are grown, the nest is usually a pretty dirty place where parasites can breed and threaten the occupants.  Even species that use the same nest each year usually add to the nest, burying last year’s mess under a fresh layer.

From a bird’s perspective, nests are for the raising of young, not long-term housing. Being “free as a bird” means not having a house and a yard to care about.