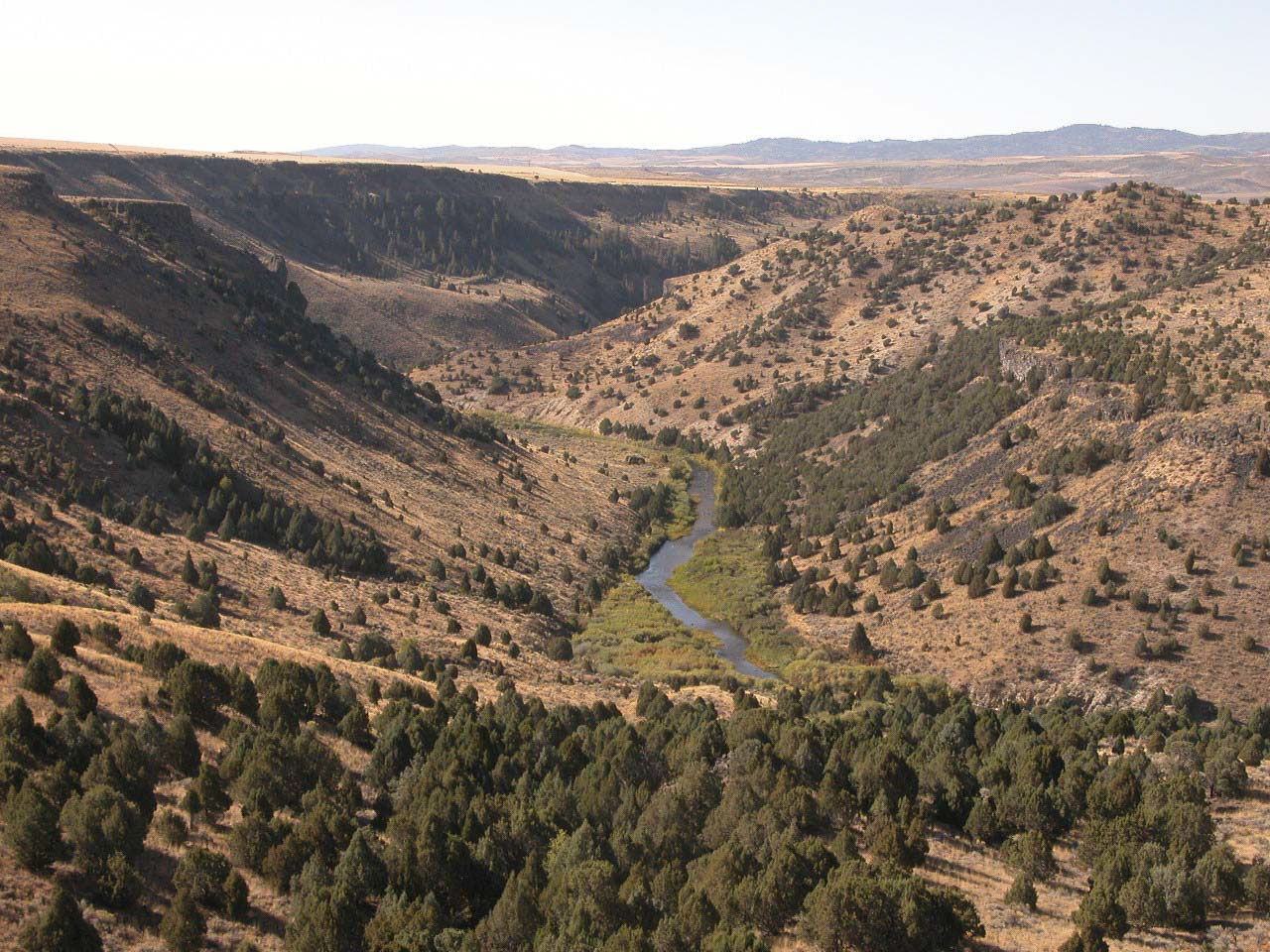 Can Tex Creek ever look like this again? Yes, with time, but restoration is a gamble that can be hard to win.

With regard to the fire at Tex Creek WMA, the real question on peoples’ minds right now is, can Tex Creek ever rise from the ashes or will it become a new and lesser place for wildlife and wildlife-based recreation for the foreseeable future?

Habitat restoration is actually a fairly complex business where success is never guaranteed so it is a good question.

First, despite the severity and extent of the fire, it is not all gloom and doom. As with most things, opportunity is often borne of tragedy and in some places the fire may have done managers a favor.

Most of the thousands of acres of tame fields, should recover and actually benefit from the fire. It also provides an opportunity to convert some fields that are in undesirable species like smooth brome and intermediate wheatgrass into something much more wildlife friendly.

Aspen and chokecherry stands that should have functioned like fire retardant blankets were burned through, some very hotly. However, I have intentionally burned aspen in the past with excellent results in rejuvenating the stands. In the long run, fires in these places will likely be a benefit to game and non-game species alike. It will be a race though to keep weeds like burdock, houndstongue, mullein, Canada, bull and musk thistle from dominating the understory. I have seen that happen too.

This may also provide opportunity and incentive to develop green firebreaks that can subdue fires in the future. Species such as perennial forage kochia (not the annual kochia we love to hate) are highly sought after by deer and elk and stay green throughout the dry months. While it might be difficult to build a fire break that can best 40 mph winds, even a long swath of green 100 yards wide would slow the fire down considerably and leave green forage behind.

Finally, despite the fire’s intensity, it did leave a mosaic of unburned areas. These areas will provide seed sources for natural seeding and for seed collection to raise plants in nurseries. Using native seed always provides the best opportunity for successful restoration.

Rangeland fires have happened for eons of time so this fire really isn’t anything new. Two things are new to this system though: noxious weeds and concentrated wintering big game animals.

One of the biggest enemies of restoration efforts is noxious weeds. Two hundred years ago, a fire like this might have been perfectly natural and restoration would have eventually happened on its own. Now, noxious weeds like cheatgrass and knapweed can take advantage of the lack of competition and quickly dominate the site suppressing native vegetation. They are game changers from historical fire and make the outcome far less predictable.

Cheatgrass is the major competitor in sagebrush-steppe habitat, and the species most likely to thwart restoration efforts. However, other annual and perennial weeds such as leafy spurge, yellow toadflax, annual kochia, mullein, Russian thistle, mustards and more will play a role.

New tools in the war on weeds will help. For instance, a recently released biological control will take on cheatgrass over time, giving native plants a chance to germinate and thrive over thousands of currently infested acres. However, some of the most useful chemicals, and even the biological controls, are not approved for use on Federal BLM ground, which constitutes much of the blackened lower elevations, both on and off the WMA.

Sheer numbers of wintering big game animals can change the dynamics of recovery. Seven to eight thousand deer, elk and moose are expected to arrive on the WMA beginning in November. They are going to find much of their grocery store black or missing altogether. If they have their way with unburned areas, newly seeded fields and resprouting aspens, chokecherries, bitterbrush and serviceberry, they could setback or even halt recovery and potentially degrade remaining habitats.

There is one last thing that will determine how Tex Creek WMA will recover. During my career, my mantra was, “Rain—it makes you a hero or a zero.” By that I meant that the very best restoration effort is made or broken by precipitation, something managers have no control over. Moisture, or the lack of it, at the right times and in the right places, may determine how successful all the seeding and planting will be.

Twenty years from now we will hopefully be benefitting from the results of this fire. In the short term though, specifically the next several winters, things will be tough. Landowners in the area have recognized this and are already stepping forward asking what they can do to help. In the long run, increased cooperation, and a sense of, “we are all in this together”, may be of more benefit than the current problems that the fire caused.