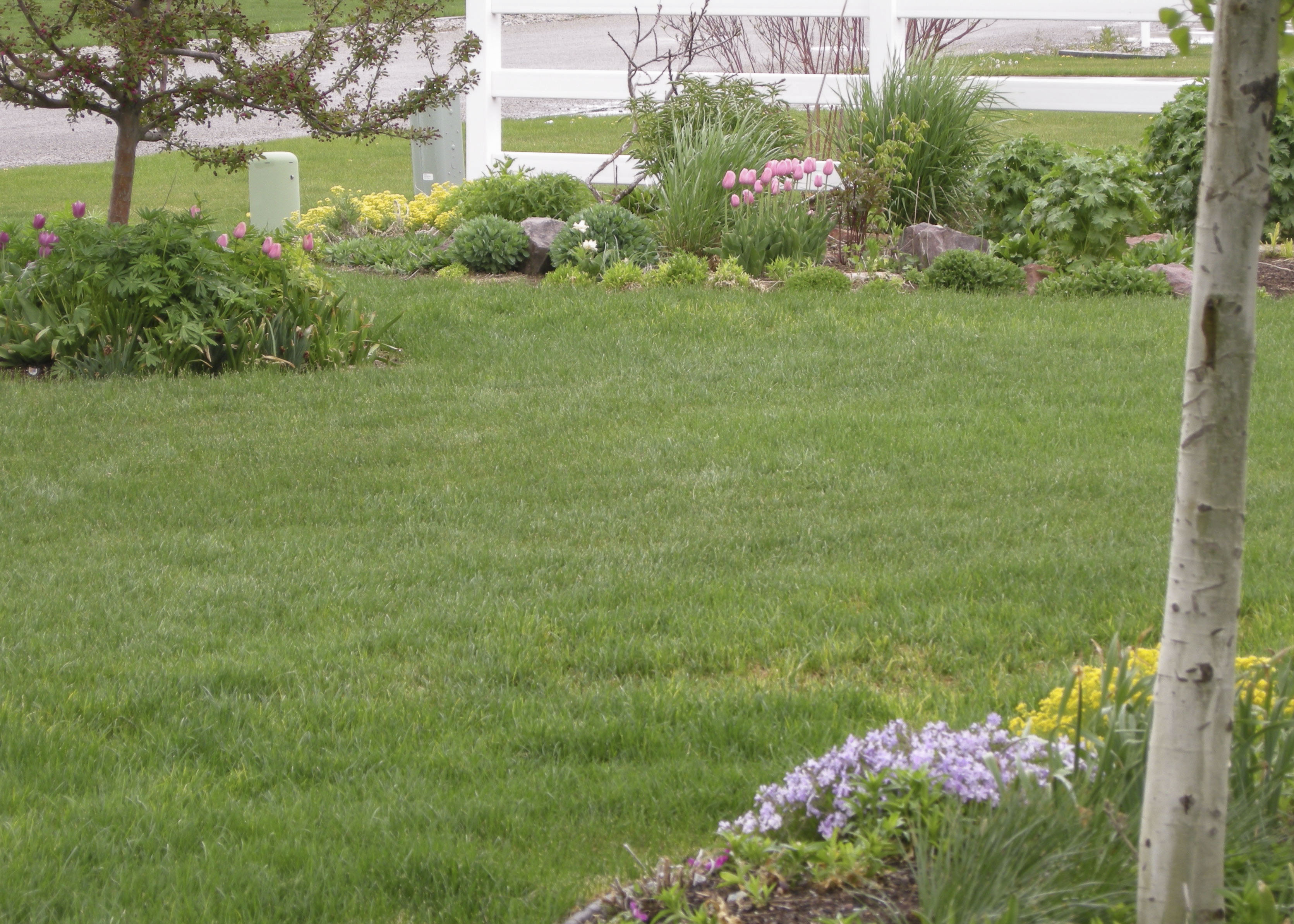 While the flowers in my yard attracted and sustained pollinators, the lawn which was about half the yard, provided no wildlife benefits worthy of mention.

As most lawns currently exist, they aren’t habitat for much of anything except humans. Occasionally a deer or rabbit might nibble on a lawn and in some areas this use can be significant, but most lawns are far from sources of wild mammals. Even then, when rabbits visited my yard in Idaho Falls, they usually preferred the flower beds and vegetable gardens. Robins hunted for worms in the lawn, but all the buzzing insects kept to the flower gardens.

I will admit right now that I definitely was in the group of homeowners that did not allow a single dandelion or other broadleaf plant to survive long in my lawn. Not one. I kept my grass long because it used less water, was better for the grass and it discouraged weeds. In self-righteous piety, I even helped neighbors control their dandelions. In my defense, I spot-sprayed individual offenders, never broadly applying herbicide in wide swaths and only used insecticide once when root-eating cutworms threatened to overwhelm us. Even then, I applied it only to the area affected, not the entire yard. Still, it wasn’t habitat in any sense of the word.

Why this research though? Surprisingly, one 2005 study calculated that there are over 163,000 square kilometers (62,700 square miles) of lawns in the continental U.S. alone. That is about the size of all of New England. That number has certainly increased since then. Americans love their lawns and lawns are not going to disappear, so the researcher wondered if lawns could be made “less bad”. Improving that much habitat, spread across the nation, would make a difference, if not to the larger species then to the pollinators that we depend upon.

The study compared mowing lawns weekly (the standard practice) to mowing every other week and every three weeks. They counted the flowers that grew in the lawns in each case and then counted the number and number of species of pollinators present. Where this study was conducted in Massachusetts, there were a lot more species of native bees than even the researchers realized. They found a total of 111 different species in all the backyards they sampled and the average backyard had 35 species.

It wasn’t surprising to note that lawns mowed every other week produced more flowers and hence, significantly more pollinators. The three-week interval was surprising though. Although it too produced 2.5 times as many flowers such as clover as the lawns mown weekly, there was no increase in pollinator numbers over the two-week mowing interval. The researcher postulated that the longer grass actually inhibited the smaller pollinators from accessing the flowers.

The take-away message, and this should be good news for those who have to mow the lawn, is that you can easily justify reducing your mowing frequency from weekly to twice a month. You will likely save water, reduce noise and air pollution and help native pollinators at the same time.

However, if you are like me and just can’t stand to see dandelions in the lawn, there is an alternative—plant lots of wildflowers. Convert some of that lawn to garden beds and reduce the time you spend mowing. The benefits should be the same.