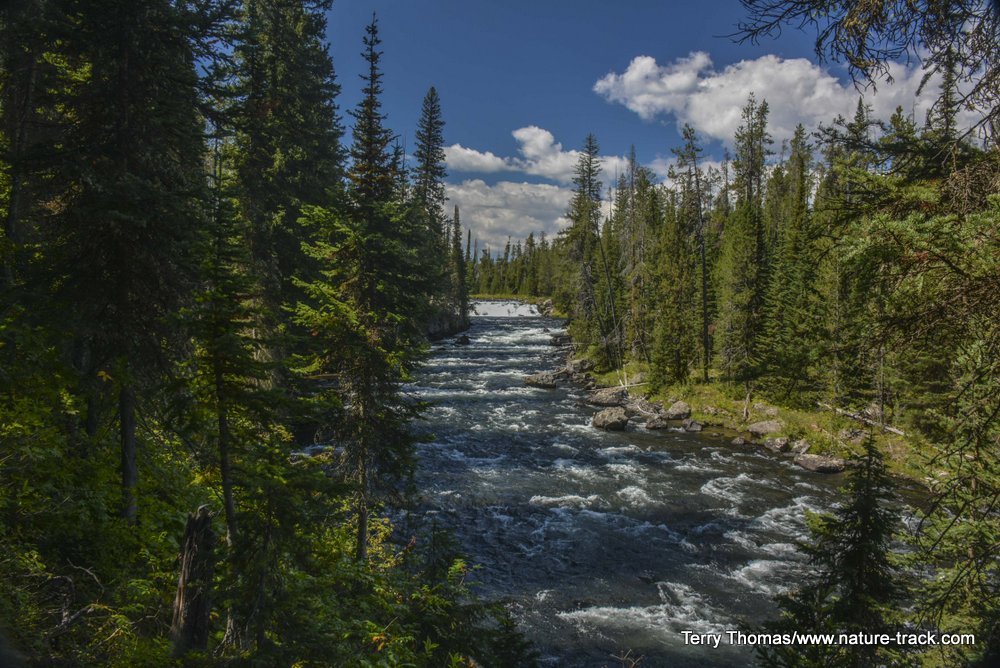 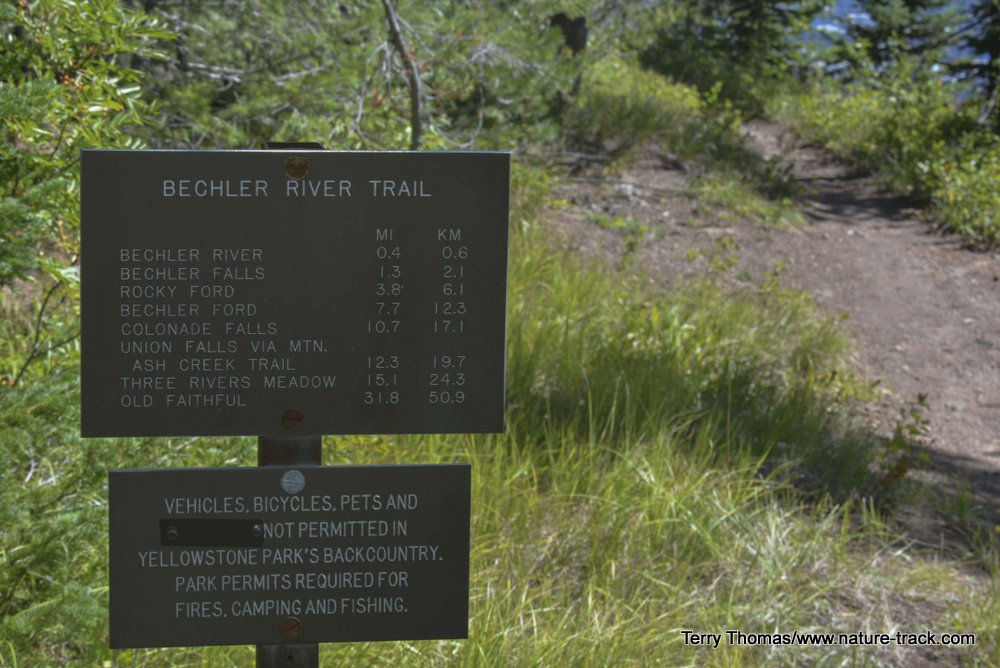 Bechler River in the southwest corner of Yellowstone, is the key to accessing some of the Park’s best backcountry. Hikes can vary from just a few hours to several days or more.

When I started making annual September pilgrimages to Yellowstone over 35 years ago, it was a very different world. I had no problem getting a campsite at Madison or Mammoth, even coming in late in the evening. Traffic throughout the Park was light and if you saw wildlife, you stopped and enjoyed it, along with perhaps a dozen other people. Rangers were patient and if you didn’t happen to pull your vehicle completely outside the white line, you didn’t risk a tow and a ticket.

Last week we spent a morning in Yellowstone. We hoped an early start would give us a leg up, but a ranger was at the ticket booth at 0630 and cars were lined up several deep at both windows. As we drove through the park, looking for a bull elk to photograph, we were beleaguered with signs stating: Use Pullouts to View Wildlife. These pullouts were usually small, holding only a few cars. If there was any wildlife to view, they were always full and frustrated rangers shooed away everyone else. Many otherwise perfectly acceptable shoulder areas where you could get completely off the road were blocked with log barricades. We had wanted to camp but had found that both Grant and Madison campgrounds were completely booked. In fact, at some point in the past 20 years, Madison had converted to reservation only.

By noon, all the parking areas to places like Norris Geyser Basin were full and people walked up to half a mile from overflow parking. Busloads of Asian tourists overwhelmed restrooms and viewpoints. It just wasn’t fun, and I wondered for the hundredth time if it was time to cross Yellowstone off my list of places to go.

We dropped south out of the park and headed west on the Grassy Lake Road (aka Reclamation Road) along the south border of the park, connecting Flagg Ranch to Ashton, about 47 miles away. It was beautiful and my wife suggested that sometime maybe we could camp along the Grassy Lake Road. I reminded her that in places it is a very rough road, one I would not like to take the RV on.

That was my first surprise. It had been five years since we had driven the Grassy Lake road and in the interim, someone had significantly improved it. It is still gravel, with occasional potholes, but I could see myself pulling the trailer across it now.

My second surprise was less a surprise than a reminder. This end of the Park is nothing like the popular core. There were no vehicles at the trailhead into Beula and Herring lakes which are several miles inside the park. The Cascade Creek trailhead held two vehicles. Further down by Loon Lake, the Fish Lake trailhead was nearly deserted as well.

Cave Falls road is the only other access point to the south end of Yellowstone. From here you can hike up the Fall or Bechler rivers, visit the Bechler Ranger Station or hike into Union Falls, a 25-mile round trip. While these areas are a bit more popular, they are still nothing like the madness of Yellowstone’s interior. And granted, to really enjoy the south side, you will have to get out on your feet or ride a horse.

The interior of Yellowstone is being loved to death and that is sad to see. However, it is great to realize that with just a little effort, you can still experience the Park in a much more pristine environment.