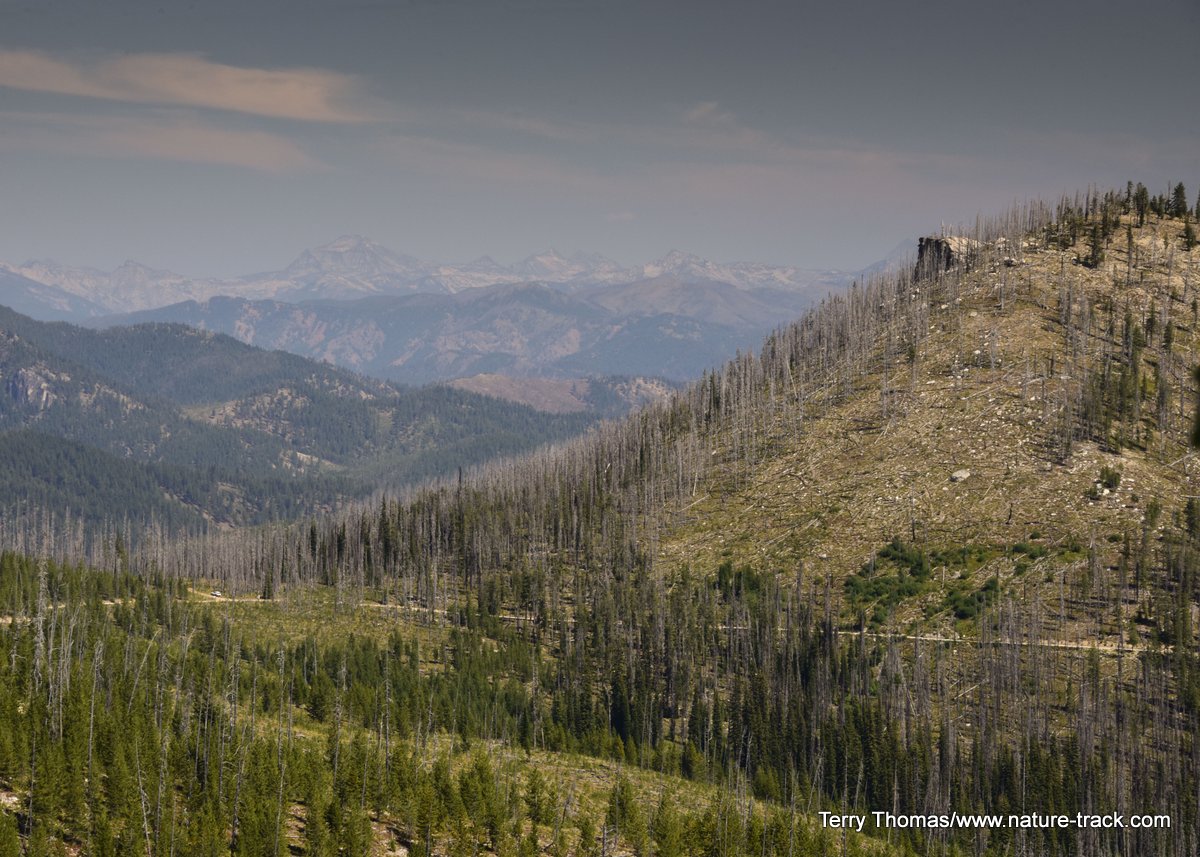 Looking north across the Magruder Corridor into the Selway-Bitterroot Wilderness.

When Christopher Lowery killed Lloyd Magruder in his sleep with an axe one night in 1863, he had no idea that his murderous act would secure both of them a place in Idaho history. Lowery, along with his two conspirators, had the ignominious distinction of being the first “legal executions” in the Idaho Territory one year later. As for Magruder, that is a different story.

For Magruder, a freighter whose wagons hauled goods between Virginia City, Montana Territory and Lewiston, Idaho Territory, the story continues today. The site of his death and those of four of his employees, was memorialized as the Magruder Massacre Site, and the route he followed across the Bitterroot Mountains became known as the Magruder Corridor.

Today, the Magruder Corridor has become a backcountry road, connecting Conner, Montana (just south of Darby, Montana) with Elk City, Idaho. Since I worked in that area as a Conservation Officer at the beginning of my career with Idaho Department of Fish and Game, I have always wanted to drive that route, and last week, my wife and I finally checked it off the bucket list.

The fascination of this route is that for 52 miles, from Nez Perce Pass to Poet Creek campground, it is a narrow corridor between the 2.3-million-acre Frank Church River of No Return Wilderness to the south and the 1.2-million-acre Selway-Bitterroot Wilderness to the north, a 101-mile (according to the Forest Service, but it is 120 miles from Darby to Elk City) that follows ridgelines and offers incredible views of both. The road, originally constructed by the Civilian Conservation Corps during the 1930’s, is little different today than it was then.

Coming from the south, take Highway 28 through Salmon and over Lost Trail Pass to Conner. From Idaho Falls, it will take around four hours. From there, follow the West Fork of the Bitterroot and follow the signs for Forest Road 468. The road will be paved past Nez Perce Pass, but will eventually change to gravel on the Idaho side.

The Magruder Ranger Cabin is a Forest Service rental ($100/night. Reserve through Recreation.gov), but was unavailable so we camped at Magruder Crossing where a bridge crosses the Selway River. From this point, it is 78 miles to Elk City, 35 of which is high elevation. Speaking of camping, it is actually fairly limited along this route until you get to Poet Creek campground, 25 miles east of Elk City. Much of the road traverses steep slopes with few places to pull off, much less camp. You can find campsites and several have vault toilets, but water is pretty much non-existent with the exception of a couple of very small springs.

After the bridge, the Magruder Road immediately begins to climb out of the Selway and by the time you reach the first camping area at Observation Point, you are on top of the world. The views are spectacular and you are in one of the most remote areas in the Lower-48. Don’t expect cell service, so be well prepared. It’s a good idea to inquire at Red River Ranger District for current road conditions and weather forecast,208-842-2245.

This is a rugged road, not suited for sedans, motorhomes or trailers. If you meet oncoming traffic, someone may have to back up for long distances before finding a wide spot suitable for passing. We drove it in a day in a small SUV with all-wheel-drive and did just fine, but it wasn’t wet either. We did it in about five hours, but next time I will plan on camping somewhere near Horse Heaven or Dry Saddle. With more time, we could hike to the manned Salmon Mountain Lookout or historic Burnt Knob Lookout or to several mountain lakes.

I wish we had had more time to explore the road, but this visit was just a scouting effort. When we return, it will be for a week and we will spend more time exploring across the top as well as both ends of the road.