Lewis and Clark as Scientists 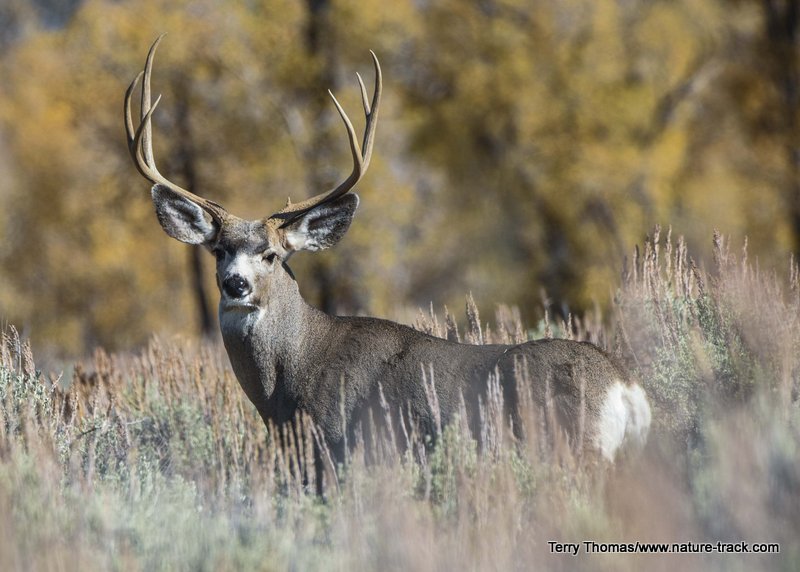 Mule deer were one of 122 animal species that Lewis and Clark described for science for the first time.

"The object of your mission is to explore the Missouri River, & such principal stream of it, as, by it's course and communication with the waters of the Pacific Ocean...Other objects worthy of notice will be the soil & face of the country, its growth & vegetable productions; especially those not of the U.S., the animals of the country generally, & especially those not known in the U.S. . . Your observations are to be taken with great pains & accuracy to be entered distinctly, & intelligibly for others as well as yourself..." Thomas Jefferson to Meriwether Lewis, 1803.

Discussion about the famed journey of Lewis and Clark (1804-06) usually revolves around their travels and the geography of the lands they explored and that was certainly their first priority. However, their contributions to science are equally grand. Over the course of two years, they described 122 mammals, birds, reptiles, amphibians and fish including such animals as sage-grouse, grizzly bears, mule deer, jackrabbits and channel catfish. They were also the first to describe 178 plant species, sending over 200 specimens home. Idaho’s contributions included the mountain goat and the camas flower.

That was quite a feat for two Army officers with no university training in the sciences. From the time President Thomas Jefferson got his plan for the expedition approved by Congress to their departure for St. Louis, Lewis in particular made up for this intellectual deficiency and was personally schooled by some of the most erudite scientists of his day. His tutors included: Dr. Benjamin Smith Barton, Andrew Ellicott, Robert Patterson, Caspar Wistar and Dr. Benjamin Rush. In his letter of introduction to Barton, Thomas Jefferson praised Lewis and his innate curiosity, “Altho' no regular botanist he possesses a remarkable store of accurate observation on all the subjects of the three kingdoms, & will therefore readily single out whatever presents itself new to him in either."

Even training couldn’t fully prepare these men though. They were headed out into true wilderness with no options for re-supply. There was no Amazon or Walmart. They would not sail into any ports where broken or lost equipment could be replaced or repaired. If they needed something, they either brought it with them, made it along the way with materials at hand, improvised by using something they did have in a new way or simply did without. And like any wilderness expedition, each scientific item had to be carefully considered as it would be carried every step of the journey.

Every specimen had to be collected, then measured in every way, skinned, pressed or preserved and crated. A detailed written account was made in a journal including behaviors and habitats. Aside from the actual travel and survival, this required most of the Corps’ time.

From their first winter’s camp in present-day North Dakota, they sent a boatload of specimens back to Jefferson. These included six live animals, of which a magpie and a prairie dog made it to Washington alive. Skins and skeletons of pronghorn antelope, mule deer, coyotes, prairie dogs, foxes and bison along with tins of insects and small mammals, ram horns, elk and mule deer antlers and Native American items also accompanied the load.

This truly was the Corps of Discovery, not just geographically, but biologically as well. Their contributions to science have never been equaled by any other single expedition in North America.