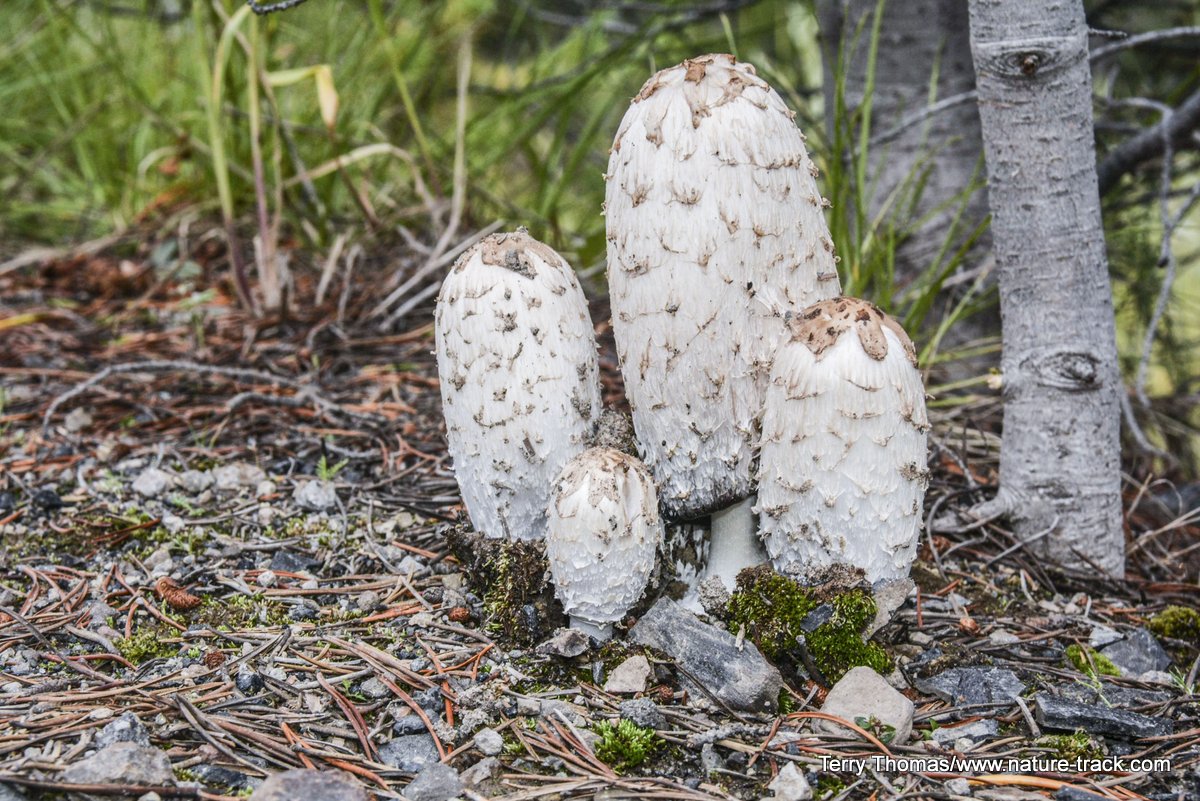 The shaggy mane mushroom is one of the “foolproof four” edible mushrooms that are great for beginning “shroom” foragers to learn to identify.

I love mushrooms in just about every dish from eggs to spaghetti. Mushroom soup is a favorite, and raw mushrooms are a treat on salads. However, my experience is limited to just the standard button mushrooms that you can find in a store. Why? Because I am a coward. I do not want my obituary to read that I succumbed to a deadly mushroom because I was too ignorant to realize it was a poisonous and not an edible variety.

That is why I laughed and answered with a healthy, “heck no!” when Penny Walbom, author of the popular book, The Wildflowers of Island Park, Idaho (second edition), suggested that I might do a series of columns on the identification of mushrooms. I am about as far as you can get from an expert on the subject.

However, when shaggy mane mushrooms began popping up in my driveway gravel several weeks ago, I began to wonder, once again, about the world of mushrooms and if I might ever gather the courage to try foraging for them and actually eating them. I am sure I am missing a real treat.

So, I began checking into mushrooms anew. A good place to start seemed to be understanding the difference between a toadstool and a mushroom. Was there a way to tell them apart or was there really a difference at all? It turns out that both monikers are imprecise. Most definitions indicate that toadstools are considered inedible, even poisonous, and that mushrooms may have an umbrella-like shape and MAY be edible. That is no help at all as there are many edible mushrooms with poisonous “toadstool” look-alikes. For example, The “toadstools” that grew in my lawn in the valley had the classic umbrella shape. My conclusion is that they are both the fruiting bodies of fungi and there is no distinction between them. Hence, I will discard the word, toadstool, and call them all mushrooms.

When foraging for mushrooms, there is one simple rule of thumb: Be 100 percent positive on your identification before you eat it. If in doubt, refer to the rule of thumb. For beginners, this usually means consulting an expert, or at least an experienced forager. There are many guidebooks available that will help in this regard. There is also a highly recommended course offered by the Herbal Academy of New England. However, the course is a little spendy at $250, and since it is based in New England, it may not be fully applicable in Idaho.

With all that said, there are four types of edible mushrooms, known as the “foolproof four” that are relatively easy to learn to identify and get comfortable with relatively quickly: shaggy mane, puffballs, chicken of the woods, and king of them all, the morel.

I used the word, type, rather than species, specifically. There may be one or more species of these types of mushrooms. For instance, there are black morels and yellow morels. Species of chicken of the woods can be found worldwide and there are seven species in North America. There are dozens of species of edible puffballs, including the giant puffball, a real find as it can be larger than a basketball. However, all but the chicken of the woods has some pretty clever look-alikes

Over the next few columns, I will cover these four mushrooms, not with the goal of making any of us expert, but rather to possibly persuade myself that I can identify and enjoy these mushrooms in more than just photos. We will all have the winter to learn the foolproof four. I just hope I don’t prove them wrong about being fool proof!