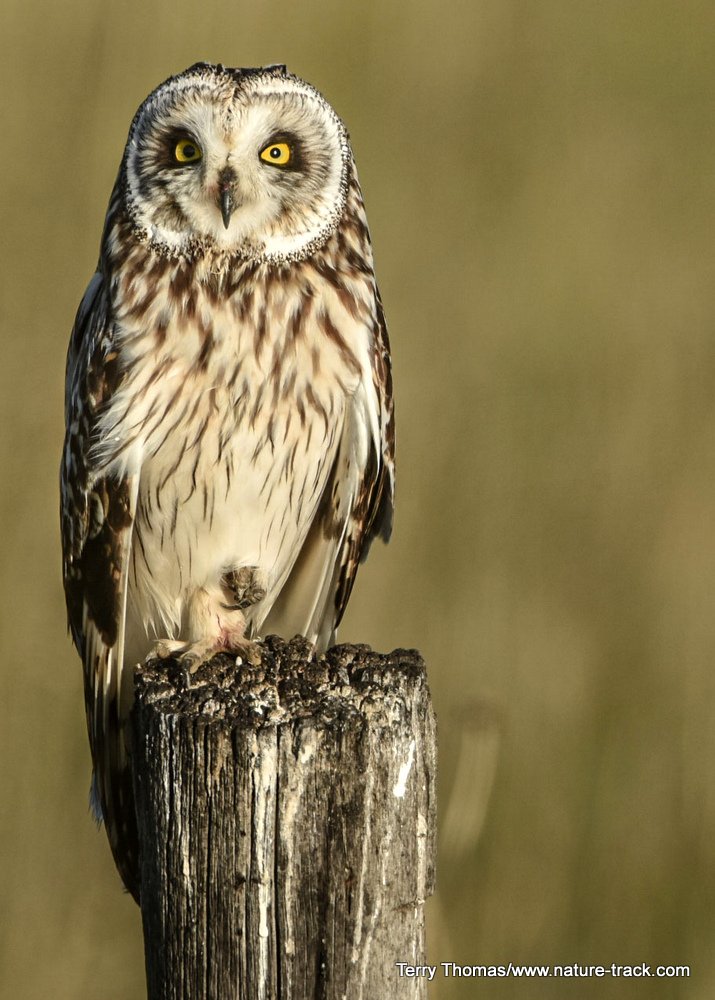 With the door slowly closing on October and beginning to open on winter, the flush of migrating birds will rapidly diminish. Soon, we will only have the birds that have determined to winter in our country, including those that live here year-round and those that migrate to our climate for the winter.

There are a surprising number of birds that stick around all winter, finding the lack of competition satisfying. Most of our raptors will leave, but many owls seem to find the winter hunting just as productive as summertime. One of these is a medium-sized owl called the short-eared owl.

This owl, smaller than a great-horned owl yet larger than a northern sawhet, is one of the most widely distributed owls in the world. It is found throughout most of North America, South America, Asia and Europe. In fact, the only continents it is not found on are Antarctica and Australia.

Unlike many owls, the short-eared owl is a capable long-distance flier. Reports of this bird landing on ships far out to sea are not uncommon. At some point, it even found its way to the Hawaiian Islands where the new subspecies became known as the pueo, the only native owl in the island complex.

Short-eared owls are fairly easy to recognize. They have a round head with a pale facial disk. Yellow eyes are set in dark eye patches, and overall, the bird is heavily barred. It has long rounded wings with barred wing tips that show up in flight. Don’t look too hard for the feathers described as “ears” as they are truly short and hard to see.

This owl further distinguishes itself by being one of the few owls to nest on the ground. It typically finds a small rise in grassy country and constructs a nest—another anomaly as most all other owls do not construct their own nests—where they raise up to six youngsters.

If you are a small mammal, you have a lot to fear from this silent predator. Mammals such as mice, voles, shrews and pocket gophers, top the list of preferred foods and one bird may eat four a day, but birds, even adult nesting shorebirds, are fair game if mammals are scarce. They decapitate and eviscerate small mammals before swallowing them whole and may remove the wings from birds.

If you enjoy watching predatory birds on the hunt, short-eared owls are for you. They live in open country such as marshes and grasslands where they are easy to see. In addition to being here in the winter, they are also active at all times of the day, but especially early and late in the day.  They are fairly easy to spot perched on fence posts at Market Lake and Mud Lake WMAs and Camas National Wildlife Refuge. In flight, watch for a ragged, “moth-like” flight as the short-eared owl flies with irregular wingbeats. They hunt by flying over grasslands just a few feet about the surface, diving down when they spot or hear a potential meal.

Just like in my garden, where the red stems of dogwoods added “winter interest”, short-eared owls add enjoyment all winter long when snow covers the ground and other wildlife might be hard to find.