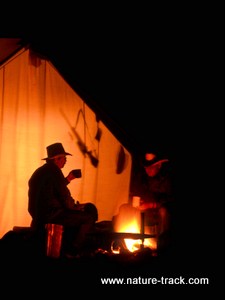 Hunting is so much more than just harvesting an animal and what constitutes a trophy should be left to the individual hunter.

I am going to apologize up front. I realize that this is a nature column and not a hunting blog. I rarely discuss hunting here. However, ethical hunting is a legitimate and wonderful way to enjoy nature, so if you will forgive me, I would like to finish last week’s thoughts regarding ethics and hunting.

In my opinion, there are three things that are most challenging to hunting ethics. The first is relentless technological advances. For instance, my first hunting bow was a recurve, with the tips of the bow bent outward for added speed and power. It was a great advancement from the longbow that had been the standard for a thousand years, but I was soon in possession of one of the first “wheel” bows, using physics to reduce the draw strain yet deliver the arrow at sizzling speed, increasing effective range to 30 yards.

Archery equipment has steadily advanced to where a bow today scarcely resembles its heritage. Competent archers with state of the art equipment can routinely shoot to 80 yards with unbelievable accuracy, challenging the traditional definition of archery hunting as primitive.

This isn’t to pick on archers. This same trend has followed in ammunition, rifle calibers, optics, animal calls and scents, decoys, camouflage, vehicles, communication and navigation tools and virtually every other aspect of hunting. Technology increasingly substitutes for hunting skills and is testing sportsmanship in ways we could have never guessed years ago.

The second ethical challenge is undisciplined motorized use. All terrain vehicle use continues to grow, seemingly exponentially, as a hunting tool. There is a legitimate place for ATVs when they are used on approved trails. However, ATV use that leaves the trail fragments habitat, drives a stake through the heart of big game security cover and trammels on the principles of fair chase. Additionally, it pits hunters against each other and ATV misuse is the number one complaint fielded by Idaho Department of Fish and Game. I have a friend who is so disgusted with illegal ATV use in his hunting area he gave up big game hunting altogether.

The third ethical challenge is keeping score. To have an animal “make book” is the holy grail of hunting in some circles.  Yet, hunting was never intended to be a competition between humans. Theodore Roosevelt and his friends started keeping records through their Boone and Crockett Club in 1887. However, their purpose was not to create a competition but, according to the Boone and Crocket Club website, was motivated, “over concerns that we might someday lose our hunting privileges and the wildlife populations for future generations.” Keeping score, intended to celebrate the animals, instead cultivates ego which fosters unethical behavior and misses the point of hunting. While there is nothing wrong with seeking a wise mature animal, a true hunting trophy is comprised of so much more than just a measurement. What constitutes a trophy ultimately rests with the hunter not the record book.

While technology, motorized access and record keeping can all have a legitimate place in enjoying nature through hunting, each must be used wisely and with restraint. Hunters have the responsibility to exercise them carefully and with self-imposed moderation that keeps the focus on hunting skill and keeps fair chase fair.