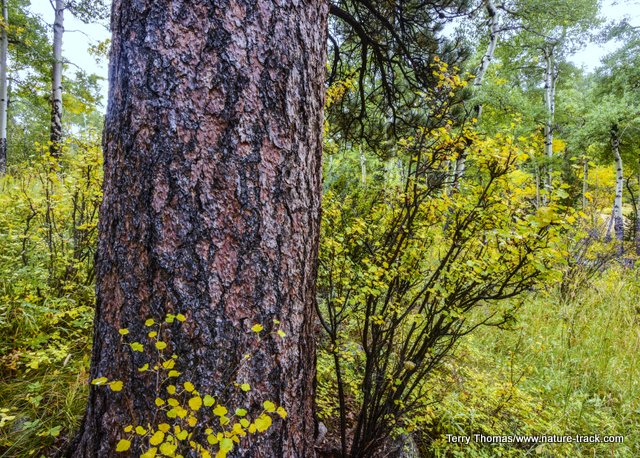 Ponderosa pines are well adapted to low intensity fire as long as we don’t mess with things.

Driving through the Boise National Forest near Pine, Idaho, was surreal. A landscape once full of tall pines and firs was now a ghost forest of gray-black skeletons with more crisscrossing on the ground victims of a massive forest fire. This was an older burn, possibly 10-40 years old (perhaps multiple fires), and the understory had started to recover, but new growth pines and firs were still small and sparse.

As we got to camp, it was easier to really examine the damaged forest. Many of the trees that burned, and many that survived, were ponderosa pine, a giant of a tree found throughout the west from Mexico into Canada and from the plains states to the Pacific Ocean. It was unusual to see a mega fire in ponderosa habitat so, when I got home, I dug into that a little bit.

Ponderosa pine, the same tree that the ranch in the long-running T.V. series, Bonanza, was named for, has a dozen other common names, the most recognized in Idaho being yellow pine. There is even a small community named Yellow Pine, Idaho.

Yellow pine or ponderosa pine, a common tree in Idaho, and predominates throughout its range on dry slopes, often south-facing ones, from 1,000 to 10,000 feet in elevation. The further south in distribution, the higher it can grow as long as it can still reach a minimum of 150 frost-free days. It is pretty much restricted to north and west of the Snake River Plain in Idaho, meaning that we won’t find any in Eastern or Southern Idaho. Where it grows, ponderosa pine is often the plant zone that lies between the lower mountain big sagebrush/grassland and the Douglas-fir zone which starts at mid-elevations.

Ecologically, pre-European settlement, fire was common in ponderosa pine habitat. Fire scar studies indicate that fires may have occurred every 5-25 years. In effect, once a ponderosa pine stand became mature, fire would help to keep it that way by routinely burning out competing Douglas fir and other more shade-tolerant trees that could become ladder fuel and reducing forest floor litter such as needles and dead branches, thus leaving an open mature forest.

What changed that allowed the forest I drove through to burn instead of laugh off fire? Largely, the change was fire suppression. We take a dim view of forest fires that might damage property or destroy timber that humans might otherwise use. Smoky the Bear put on his hat and for many years fire was declared the enemy, at all times and in all places. Without routine low-intensity fire, ground fuels and ladder fuels built up until, when the inevitable fire did happen, it roared instead of whimpered, and tens of thousands of acres were blackened.

We have a better understanding today about the importance of fire and the role it has always played in the natural cycling of forests such as ponderosa pine. The question is, how to safely re-introduce fire and get people to embrace it rather than fear it after decades of just the opposite message.