Shaggy Mane and Chicken of The Woods 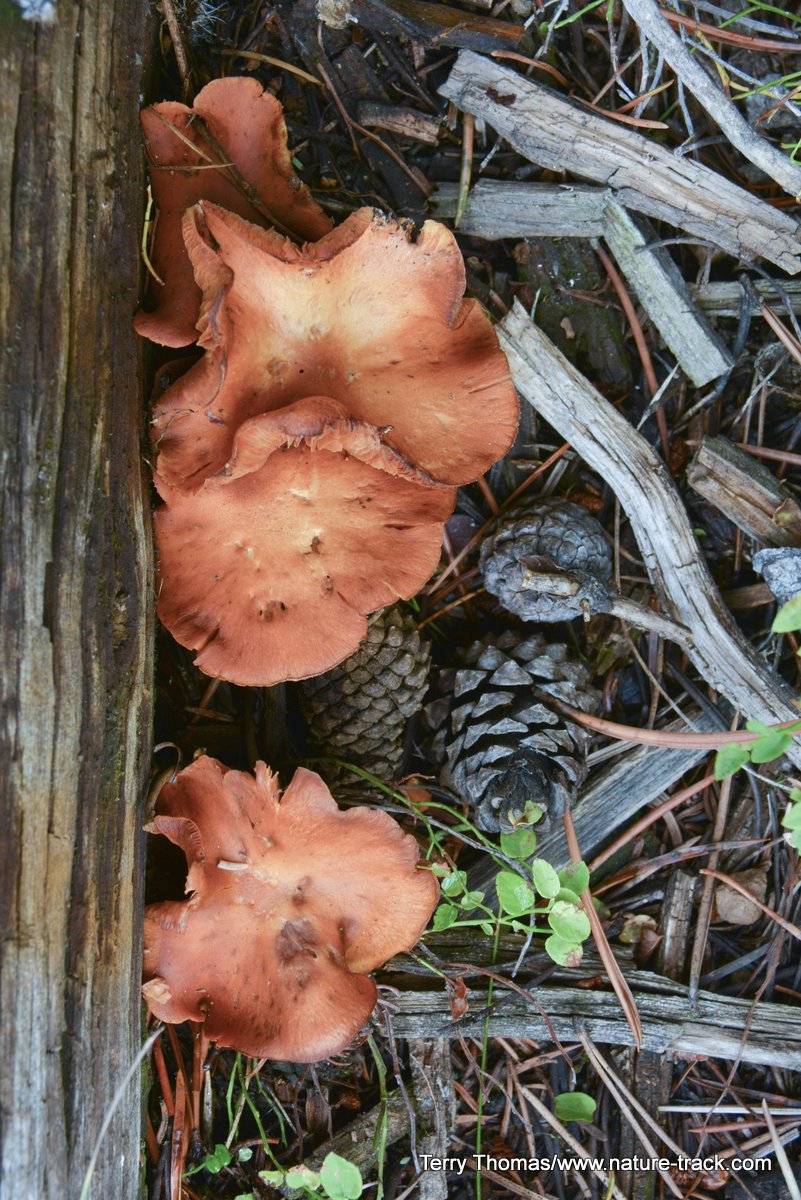 I photographed this specimen in Minnesota. It meets all the criteria for a chicken of the woods mushroom (a bracket fungus that is orange, large, close to the ground and on a tree). Should I eat it?

The first mushroom I ever confidently identified was the shaggy mane. As one of the “foolproof four,” this apparently wasn’t any great feat on my part, they are that easy to recognize. That still hasn’t convinced me to eat one though. I hope to change that.

Shaggy mane mushrooms (Coprinus comatus) are not shaped in the typical umbrella shape we think of when we consider mushrooms. The cap is much more bullet-shaped, three to five inches long and up to two inches wide. The key to identity is really the shaggy look of the outside of the cap which has lots of “scales” that peel off and curl upward. The stem, when broken off, is fibrous and hollow, not solid.

Shaggy mane mushrooms show up in the fall. They are particularly fond of compacted soil and that is why I found them in my gravel driveway. I have also seen them along the edges of gravel or dirt roads.

There is only one species that is reported to be even remotely like the shaggy mane and that is the inky cap mushroom (also edible, so a mistake isn’t fatal). However, this one lacks the shagginess on the cap. To me, they don’t look much like a shaggy mane other than having a similar bullet-like cap shape.

The thing with shaggy manes, and why you will never see them on restaurant menus or in farmer’s markets is that they are very fragile and have almost no shelf life. If you harvest one, you will need to prepare and consume it that very day or it will disintegrate right before your eyes. The gills will go from white to black and then turn into a black sticky mess. In fact, this black sticky mess is sometimes used to color foods black and was once used for a substitute for ink.

According to those who use these mushrooms regularly, they are very mild flavored and should be paired with dishes that will not overwhelm their delicate essence.

The fabled chicken of the woods mushroom is a different story. This type of mushroom is a polypore.  It doesn’t have gills, dispersing spores through holes and tubes instead. They form huge fruiting bodies, live almost exclusively on trees as either saprotrophytes (living on dead wood) or parasites, thriving on living trees. Often, polypores are specifically tied to a particular species of tree. The fruiting bodies are usually flat and extend out from the side of the tree like a shelf, earning them the names of bracket or shelf fungi. Older specimens can become quite woody. Sometimes they are referred to as conks.

Chicken of the woods mushrooms are very dense, and can remain pot ready for a long time after harvesting. They are mild-flavored and unlike other mushrooms, experts claim they have a texture like chicken, hence the name. If you find a tree with a chicken of the woods infestation, you have struck fungal gold.

There are seven species of chicken of the woods from coast to coast and more from around much of the world. Typically, they are yellow to orange, often fading to a lighter color on the edges. There is one species that is white. They will have large clusters of overlapping brackets. They grow low to the ground, become available in autumn and if it weren’t for the bright colors, would be hard to spot.

Unfortunately, as far as I can determine, no species of chicken of the woods grows in Eastern Idaho. North Idaho seems to be the closest place we can find this natural bounty. If you know differently, please let me know via my website, nature-track.com.