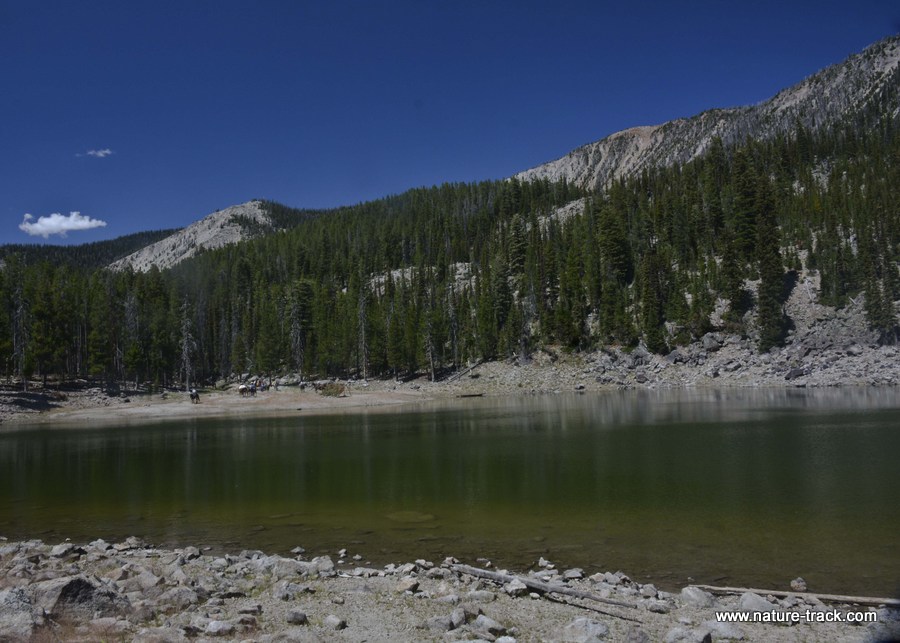 The Great Divide follows some of the most rugged mountains on the continent such as the ridge above Hancock Lake in the Centennial Mountains north of Kilgore, ID. 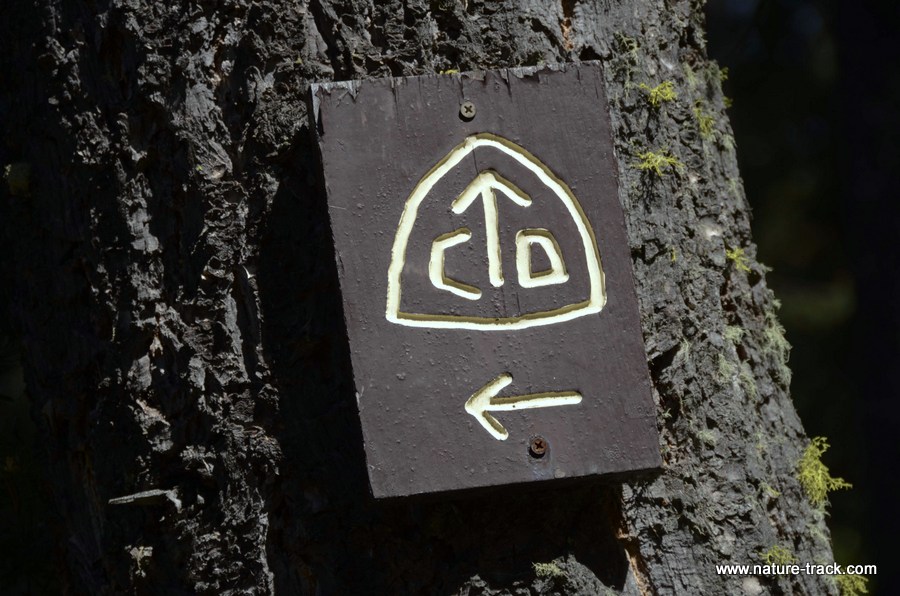 The Continental Divide Trail is marked with these distinctive markers.  However, the trail isn’t always exactly on the divide proper.

Last week I crossed the Continental Divide at 65 mph in climate controlled comfort, hardly aware of the amazing thing I had just done. Such a moment deserves, if not a ceremony, at least a moment of respect.

For westerners, there is only one Continental Divide, the one often referred to as the Great Divide. It stretches from Alaska’s northwestern coast to the tip of Cape Horn, almost a canoe paddle from Antarctica. This divide rules whether water will gather and drain into the Pacific Ocean or the Gulf of Mexico/Atlantic Ocean, or the Pacific and Arctic oceans at the northern extreme. However, North America is also separated by four other hydrologic divides as well as a closed system, the Great Basin.

Lewis and Clark were likely ignorant of a great divide as they searched for the, “most direct & practicable water communication across this continent,” as directed by President Thomas Jefferson. Pioneers who followed them were under no such illusions. Knowing that the Rocky Mountains would be an insurmountable barrier in most places, they opted to take wagons through South Pass.

South Pass, Wyoming, the lowest point along the Great Divide, isn’t impressive. It doesn’t seem like much of a divide. And that was exactly the point for emigrant parties headed west between 1848 and 1868. Nearly half a million people toiled over this sunbaked and windswept pass and crossed the Great Divide without having to struggle over mountainous terrain.

It seems that the Great Divide would make a fine political boundary. For Idaho that is the case: Idaho is completely on the Pacific side. The Divide forms a 300 mile border with Montana from Lost Trail Pass north of Salmon southeast to the northeast corner of Idaho where Montana, Idaho and Wyoming all kiss. On the southern end, the Great Divide is also the long border between Chile and Argentina.

A favorite story is that Idaho and Montana were supposed to be divided entirely along the Continental Divide but surveyors goofed and followed the Bitterroot Range instead. Were that true, Idaho would include Missoula and half of Glacier National Park. However, it appears that the boundary is as Congress intended it.

For adventurists, the nationally designated Continental Divide Trail provides one of the biggest hiking challenges in the country. Its high point, Gray’s Peak, Colorado, is over 14,000 feet and the trail is 3,100 miles long. The trail often isn’t exactly on the divide, but it is still challenging.

There are places along the Great Divide that defy the assumption that a divide is just that. North Two Ocean Creek in Wyoming begins on the Pacific side of the Divide but at Two Ocean Pass, the stream splits into Atlantic Creek and Pacific Creek, heading to their respective oceans. Isa Lake on Craig Pass in Yellowstone drains both to the Atlantic and the Pacific.

I hope that the next time I cross the Great Divide it is after a long and arduous hike that leaves me a bit more appreciative of such a momentous occasion.