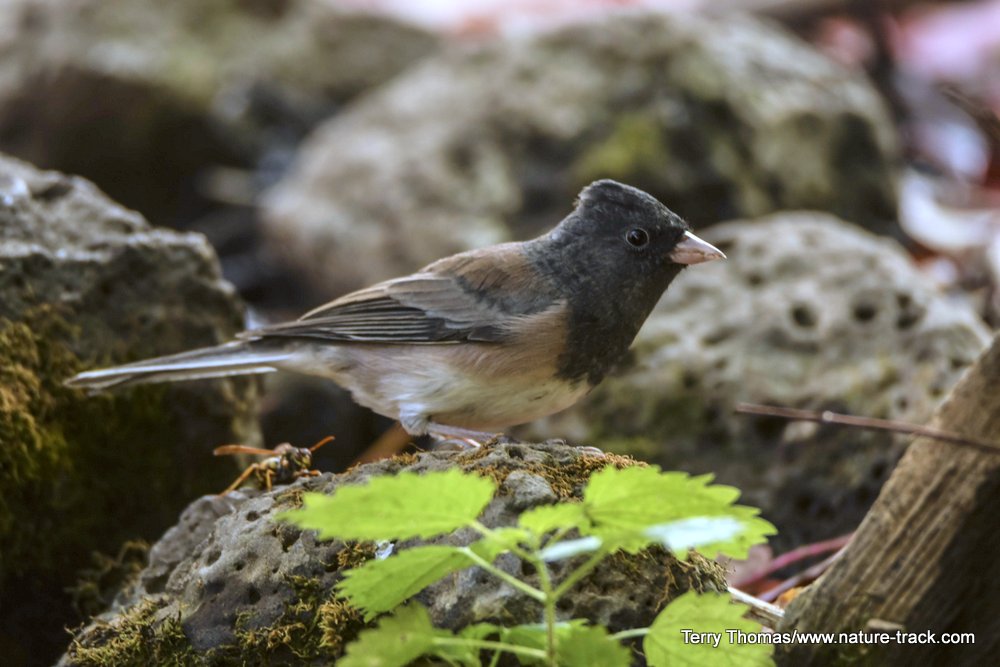 The Dark-eyed junco, a common bird in much of Idaho, is also one of the species that had faced a 50 percent decline in population size since 1966.

By now, the story of a major bird decline that appeared in Science Magazine this past fall and created quite a stir among biologists and the public, is old news. The study revealed that almost three billion birds, one fourth of the total birds in North America and a number that equals about 37 percent of today’s human population worldwide, have vanished over the past 50 years. This isn’t annual mortality; it is population shrinkage.

This study was a massive effort to compile all the bird census data for 529 breeding species from thirteen datasets. An additional new twist was the addition of weather radar technology that has been used to track large groups of migrating birds. This technology verified a fourteen percent decrease in nocturnal spring-migrating birds in the last ten years alone.

Since this study was published in a magazine instead of a scientific journal, space was severely limited. The authors claimed to have left out 90 percent of the information they hoped to convey that covered all the nuances, exceptions and confounding evidence that would have painted a more complete, albeit more complex, picture of the problem.

For instance, as much as fifteen percent of the decline might be attributed to invasive bird species such as European starlings, house sparrows (once called English sparrows for a reason) and rock pigeons. All three of these species have declined as much as 85 percent since 1966. Normally this news would be met with a cheer, as fewer of these exotic birds would generally be seen as a positive thing. Yet this was not addressed in the article.

Regardless of the nuances though, the message is still clear: there aren’t nearly as many birds as there used to be, and that is just looking at the past 50 years. There is no way to know what the rate of change has been since colonization (just the extinct passenger pigeon was estimated to have had a population between three and five billion birds).

Grassland habitats were hit hardest, with more than 700 million breeding individuals lost across 31 species since 1970. Keep in mind that the current human population of the entire US is about 340 million souls. I think we would notice if a similar decline happened to us.

The study doesn’t look at causes but the authors were quick to point out that it isn’t one single problem. Yes, habitat loss is certainly a big issue, but there are others as well. Outside cats (they kill an estimated 2.6 billion birds annually), skyscrapers and window glass (accounting for one billion bird deaths annually), outdoor lighting, wind towers, disease, pesticides and the subsequent insect declines and climate change are all chipping away at the populations.

In some cases, the changes may be irreversible and the losses permanent. However, there are birds, especially waterfowl and raptors, that have dramatically increased over the 50 years, proving that with effort and will, problems such as habitat loss can be addressed, reversing declines.

And that is where this study was unique in one other way. Before the study was published, an entire media campaign was developed in order to actually take action and create a way for the public to engage to help reverse these declines. You can visit 3BillionBirds.org to find out what you can personally do to keep this old news fresh and of value.