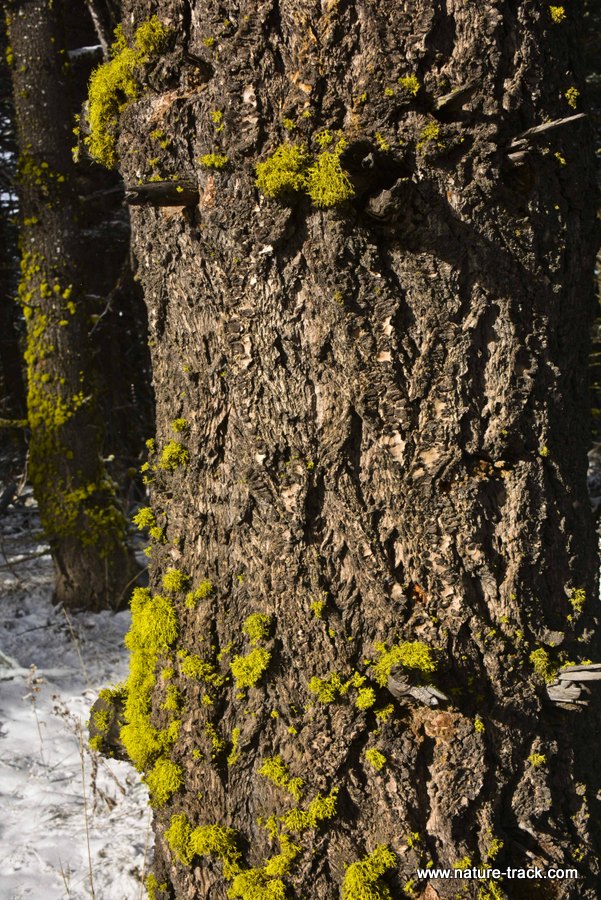 Although some of the bark of a tree is actually dead, it is still essential for protection and sometimes even tastes good.

It was impossible to stand still in the sub-zero weather last week while hunting elk. To distract myself from the tedious cold, I carefully examined the bark of the large dead Douglas fir.

The thick bark had canyon-like furrows and uneven layered ridges reminiscent of a lava flow. Insects chewed through to the decaying tree inside and woodpeckers chased the insects, enlarging the holes. Wisps of green moss clung delicately, and a single fungal conk, as hard as the bark itself, jutted from the side. A slab of bark, the concave inside as smooth as the outside was coarse, had peeled off and sat forlornly at the base. The examination entertained and intrigued me. I wanted to know more.

Bark, the outermost covering of trees and shrubs, is fascinating. It is composed of multiple layers, both living and dead. The dead outermost layer is formed from cells produced by the cork cambium beneath it. Bark can heal from injuries and may be as thin as a paper sheet or up to two feet thick. Some trees, such as aspen, have photosynthetic bark.

Bark serves many purposes. It helps the tree or shrub retain moisture and protects it against invaders such as fungi, insects and bacteria. Bark shields the tree from temperature extremes and even fire in some cases, and protects the delicate and essential cambium layer which manufactures both inner bark cells (the phloem which transports sugars from the leaves to other parts of the plant and later becomes part of the outer bark) and sapwood cells (which create the annual growth rings).

Over the centuries, bark has proven useful. Native Americans used long strips of bark peeled from the birch tree to make watertight canoes. They also used bark from various trees and shrubs to make dyes and provide medicines such as quinine and aspirin. Tannins obtained from bark are used for tanning animal hides.

One of the most economically important products produced from bark is cork, the stuff wine bottles are plugged with and pin-up boards are made of. Cork, the outer dead layer of cells, is produced largely by the Cork Oak tree and can be harvested every 10 years without damage to the tree.

Although it may look unappetizing, some barks are edible. Those people around in 1974 will remember the Euell Gibbons Grape Nuts cereal advertisement where he asks, “Ever eat a pine tree? Many parts are edible.” One of those parts is the inner bark, used to make bark bread in Scandinavia.

If you aren’t ready for bark bread, how about cinnamon? Cinnamon sticks are actually tightly rolled pieces of bark from an evergreen tree that grows in Sri Lanka. The cinnamon you enjoyed on your last Danish is made from the ground bark of the same tree.

The Douglas fir bark provided the diversion I needed to withstand the cold last week, but it also increased my respect for an oft ignored yet vital component of trees and shrubs.