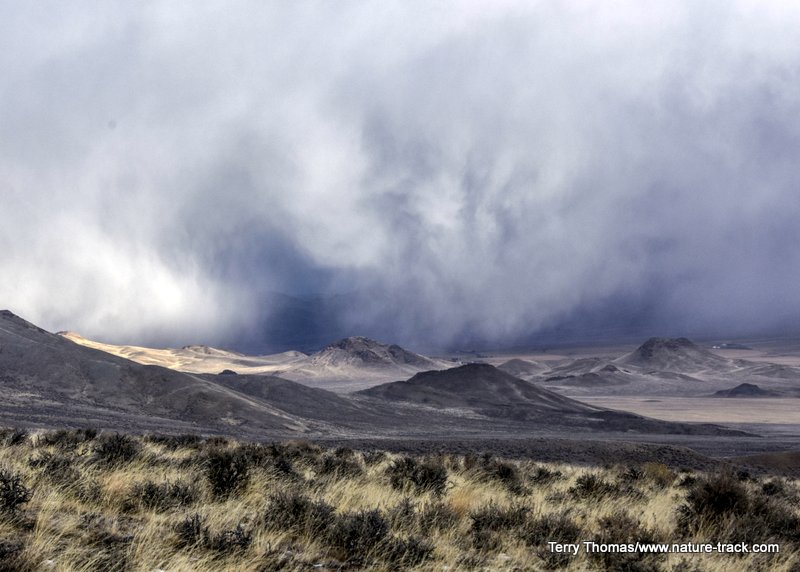 Rain streaks to the ground near Challis, bringing life-giving moisture to an otherwise very dry area.

Nasty weather often makes Memorial Day weekend an iffy time to go camping in Eastern Idaho. This year though, the storms have been widely spread throughout much of the West and Midwest. If someone were to ask for a weather report in much of the western half of the nation, a single word, rain, would have covered it.

Despite soaking a lot of recreationists out for their first fishing/camping/atv or mountain bike riding trip of the year, a week or more of rain is a terrific gift.  The mostly gentle rains have soaked into the ground and will eventually work their way into the aquifer. The rain will bolster snowpack runoff that is stored in reservoirs for irrigation and may delay irrigation in some cases, saving farmers a lot of cash.

Everywhere we look, valleys and hillsides appear like polished emeralds as the grass, shrubs and trees respond to this bonus of water with stunning fields of multi-hued greens. Wildflowers should benefit as well and in places the coming show may be tremendous.

Not everywhere has faired as well. My wife’s cousin lives in Oklahoma on a bluff above the Arkansas River. He reported 8.2 inches of rain in one event and more followed the next day. To put that in perspective, Idaho Falls has an annual precipitation of 10-11 inches. The Arkansas River, which normally is a bit of a hike down off the bluff, looks like it is in his backyard.

Rain begins as water vapor that eventually coalesces into droplets that fall back to earth. The water vapor comes from natural processes such as plant transpiration, evaporation (which accounts for about 90 percent of the water vapor) and cool dry air becoming saturated with moisture as it moves across warmer bodies of water.

This cooling of the air usually happens in one of four ways. The first is air that rises into the cooler atmosphere above the earth through convection, wind or large physical barriers such as mountains that force the air upward.

When an air mass moves from one surface temperature to another, say from a warmer body of water across colder land, it can cool quickly. The two other methods are when the Earth radiates heat faster than it absorbs it and through evaporation which requires energy (heat) to convert liquid water into a gas state (think swamp cooler).

As moist air condenses, it forms a cloud. Gaseous vapor converts back to tiny droplets of water and ice using dust and smoke particles as nuclei. These droplets are so small that air currents can keep them buoyed up forming the cloud. As saturation increases, the droplets continue to grow until they fall to the earth as rain.

Water moves from oceans, lakes and plants into the atmosphere where it spends an average of ten days and returns to the earth as rain. Despite what rain might do to our recreational plans, without this endless cycle, Earth might be as habitable as Mars.