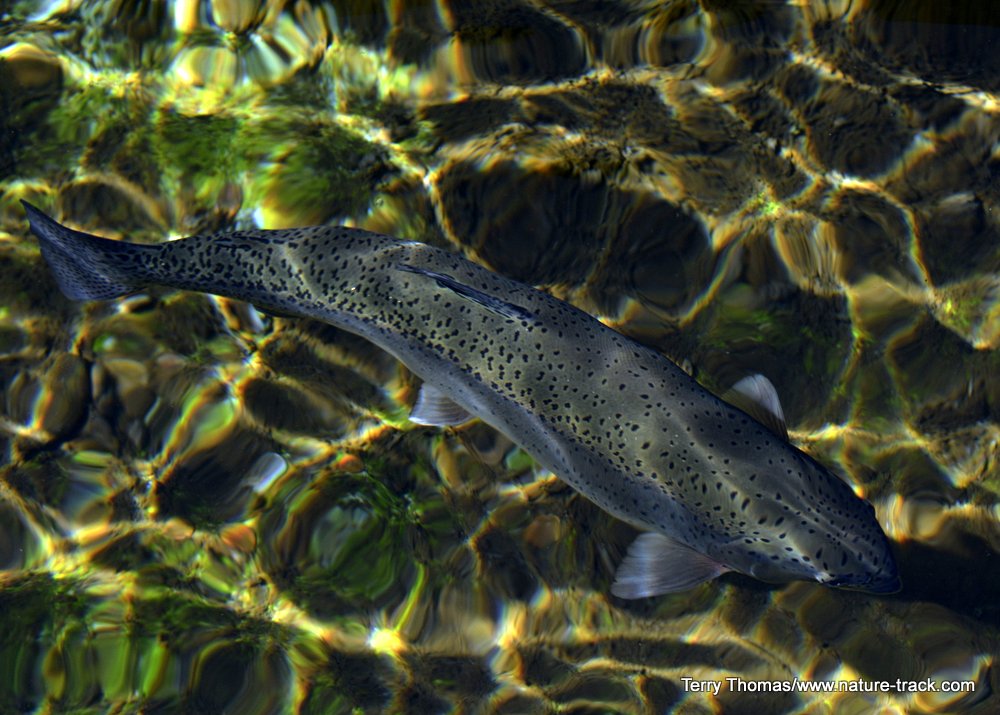 A trout’s fins are its means of locomotion, affording it near total control inside the 3D world of water.

I was hanging over the bridge rail at Big Springs, participating in that quintessential Island Park activity of watching the huge trout below as they lazily finned in the crystal-clear waters.

I observed how the fins worked independently and jointly to keep the fish in an exact spot and in an upright position. I doubt that the fish had to consciously consider the actions of their fins any more than I have to concentrate on the position of my toes and feet when I walk. It just seemed automatic. Curious, I looked into the function of trout fins when I got home.

A watery environment is much more like life in the air than the experience we have walking on land with gravity to keep us oriented. Water dwellers have to concern themselves with up and down—pitch, left and right—yaw, and roll, just as an airplane would. They use fins to control these variables to keep their bodies properly oriented in this 3D world.

The pectoral fins are the workhorses of all fins. They help control yaw and pitch and serve as the rudder for direction. They are also the primary fins used for braking and can operate independently of other fins and each other.

The caudal or tail fin is the strongest fin. It is mainly used for thrust and can propel a stationary one-pound trout to 22 mph in one second.

What about the adipose fin? Is it simply a vestigial fin from some era long ago in a trout’s evolutionary development as scientists have thought? It has been considered sacrificial and removing it has been used as a way to mark large groups of fish. However, recent research demonstrated that when it is removed on juvenile rainbow trout, they experienced a reduced swimming efficiency compared to fish with unclipped fins. In short, the adipose fin helps to reduce drag by maintaining the boundary layer, that thin layer of water molecules next to the skin, intact longer.

Trout are often found in very fast-moving water. Common sense might suggest that these trout are spending a lot of energy to maintain their position, but the opposite is true. Like a hawk taking advantage of wind to remain in position without beating its wings, trout can find the “sweet spots” in a fast-moving water column where they expend less energy maintaining station than in slower moving water. Judicious finning keeps them in the perfect position.

Hatchery trout raised to catchable size often show the result of life in a raceway with pectoral and pelvic fins worn down to nubs. These fish would likely not fare well if released into swift waters. They don’t have the control they need to negotiate the currents.

We humans think we are all big and bad with our opposable thumbs. However, if we lived in the water, we might wish they were fins instead.