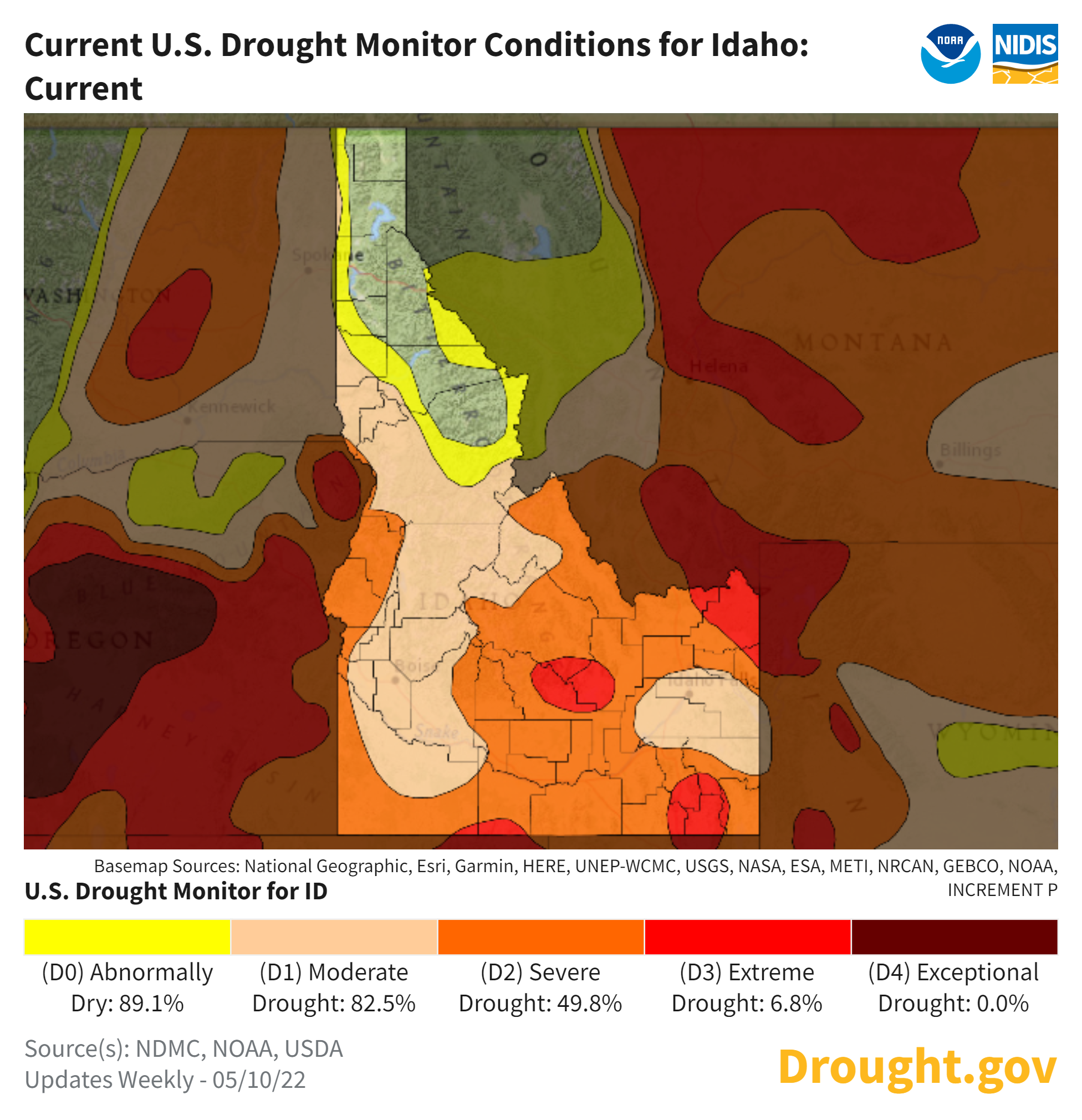 Drought. A single word, but one with many faces. Drought in the Sonoran Desert may look very different than drought in New England, the temperate rainforest of Washington state or the coasts of California. It is also more complex than a lack of moisture falling from the sky, although that is always at the root of drought. Drought is also a sneaky devil, sometimes called a, “creeping phenomenon,” because unlike fires and tornadoes, it is often difficult to determine the beginning of a drought from a prolonged dry spell.

Scientifically and politically, drought is a word with a reasonably specific and measurable meaning, although there may be a lot of “art” in some of the measurements and interpretations. There are many components to its definition. For instance, experts not only measure the amount of precipitation during a specific period of time and compare that to years past, they also consider accumulated precipitation, the amount of water in lakes and reservoirs, river and stream volume and soil moisture. Experts at the National Drought Mitigation Center, based at the University of Nebraska, Lincoln, consider all these factors, talk to other experts and determine how the combination of factors will influence human activities.

The experts have devised a scale of drought severity. Stage one, referred to as D0, is considered abnormally dry. Impacts include: higher irrigation demand, lower snowpack and possibly reduced tourism. Moderate drought, D1, has impacts including reduced dryland crop yields, declining well and reservoir levels and water shortages with attendant water conservation programs. D2 is severe drought. Impacts include a shortened grazing season because of sparse vegetation, low river levels, reduced hydroelectric power production and curtailment of irrigation water allotments. Extreme drought, D3, means that it is no longer profitable to dryland farm and fields lay fallow, livestock herds may need to be reduced, spring snowpack is very low and fire danger is very high. Exceptional drought, D4, is worst case and may include impacts such as utility rate increases due to severe curtailment of hydroelectric power generation and actual damage to wildlife habitats, stressed trees and all the aforementioned impacts.

The Director of the Idaho Department of Water Resources issued an emergency drought declaration on April 28, 2022 for all 34 counties south of the Salmon River.  Currently, 82.5 percent of Idaho is suffering moderate drought, while 49.8 percent is under severe drought conditions and 6.8 percent, including eastern Idaho’s Fremont County, is experiencing extreme drought. With such a declaration, those people with water-rights can file for more flexibility in how the water they receive is used. For instance, their normal water-right may require them to spread the water over their entire farm. Under “extraordinary” conditions, they may be able to re-direct all available water to just a field or two, ensuring a crop at least on part of the farm.

Drought conditions can change, although relief often comes more rapidly than a continued degradation of condition. Here is an example from the US Drought Monitor report ending May 11: “Another round of Pacific storms impacted northern portions of the region with beneficial late-season snowfall observed in the Cascades, Klamath Mountains, Sierra Nevada, ranges of the northern Great Basin, and the central and northern Rockies. In response, improvements were made on the map in Oregon, Washington, Idaho, and Montana.”

Let’s hope things continue to improve, but in the meantime, it is prudent for all of us to consider what we can do to better conserve water.