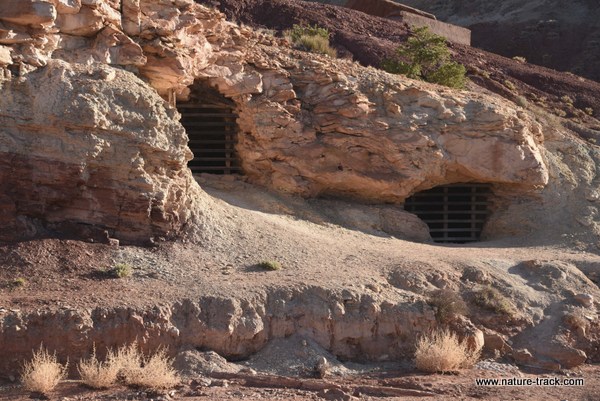 Uranium mines like these at Capitol Reef National Park dot the landscape of Southern Utah, dating from an era when uranium mining was promoted for national defense.


Humans have been searching for ways to relieve suffering from arthritis, bursitis, rheumatism, cancer and just about every other painful malady for centuries. About 100 years ago, they thought they had found the solution and a huge quack or patent medicine industry quickly moved in to take advantage of this new “cure-all drug” found in naturally occurring elements like uranium and radium.

It wasn’t that they didn’t know about the radioactive properties. In fact, that is the “health benefit” they promoted. They were even in competition to see which company could make the stronger, “more pure” concoctions.

In methods that are considered stunningly ignorant today, people happily exposed themselves to radiation. One of the most common ways of exposure was to drink the stuff. Radium Ore Revigator Company  sold special water coolers lined with carnotite, an ore of uranium and radium that undergoes radioactive decay, yielding radon gas. They claimed their product was much stronger and consistent than their competitor Radon Water.

In an ironic twist, when questions were raised about the amount of actual radiation in Radon Water (little to none as it turns out) the Federal Government was asked to step in and regulate the products to ensure that radiation levels purported were really true. A case of debunking the safe products in favor of the deadly ones.

Most of the insanity stopped when wealthy industrialist and playboy Eben Byers, a three-bottle-a-day user of Radithor, a “certified radioactive water” product, died from radiation poisoning in 1932. However, sand beds and uranium blankets continued to be promoted as late as 1956 and were popular in some areas of Utah, New Mexico, and Colorado in the 1950s.

There were legitimate, albeit unsafe uses of radiation-bearing minerals too. Radium, for instance, was used for the self-luminescent paint on watch dials and other products. Even then though, manufacturers took no precautions to protect employees until a lawsuit filed by five dying women, known as “Radium Girls” exposed the dangers in the 1920s. Radium was eventually phased out in favor of less toxic materials.

During the 1950s, uranium offered the ability to protect the nation and the Us Atomic Energy Commission encouraged exploration and mining for uranium. Even lands dedicated as national parks were opened to mining. Today, mine shafts and adits are still readily visible, even in places like Capitol Reef National Park. Most are blocked to humans but wildlife, especially bats, have ready access. What long-term effects exposure to radiation in these mines has on wildlife is unknown.

Today, the use of radiation for human health is highly controlled and when used properly can effectively treat some cancers. However, this whole quack medicine debacle leads to one inevitable conclusion regarding our health: just because something is natural doesn’t make it safe or advisable. Employing critical thinking skills over emotions or hope is still our best defense.