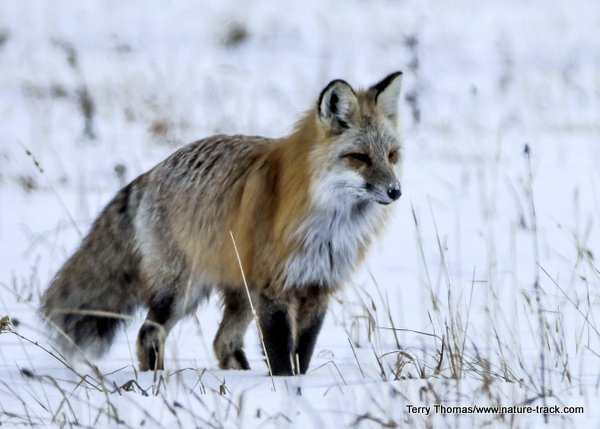 Almost every animal on the planet has a kidney system to help eliminate waste from the blood. If this organ fails the body fails along with it.

The yellow marking in the snow at the end of my driveway was evidence that a red fox, a nightly visitor to our home, had once again passed by. It brought to mind two things: first, the old adage, one I have always followed—don’t eat yellow snow. The other thing was, just how basic and essential is the process of urine elimination and the organ that controls it, the kidney.

Every animal lifeform, with a few exceptions, has a kidney system because every creature need to remove impurities from its system and the kidney is a filter. Blood enters the kidney through the renal artery and is filtered through a series of filtering units called nephrons. In human kidneys, there are about one million nephrons. Over the course of a day, our kidneys will filter around 150 quarts of blood. Since a human body only has around five or six quarts, each quart gets filtered many times a day.

The kidney is filtering out impurities, acids produced by body cells, and helping our bodies maintain healthy balances of water, salts and minerals such as potassium, calcium, sodium and phosphorus. The filtered waste collects in the bladder as urine, usually one to two quarts a day.

It is fascinating to realize that while the kidney is filtering out harmful or extra substances, it must be filtering out the good stuff too. That is true, but there is a return mechanism. While the glomerulus of the nephron filters the blood, the tubule portion of the nephron is busy returning needed substances to the blood and removing the wastes. When the blood leaves the kidney through the renal vein, it is cleaned and recharged with nutrients and the appropriate balance of water, minerals and salts to ensure proper function of tissues, nerves and muscles.

In addition to this filtration, the kidney also produces hormones. These hormones help to make red blood cells, maintain bones and control blood pressure—all essential tasks that a dialysis machine (a mechanical device that can temporarily substitute for a kidney) cannot duplicate.

Because life occurs in so many different environments, kidneys for different species are not created equal. For instance, a freshwater fish has very different problems to solve than a marine fish. They each contend with very different levels of salts and their kidneys differ considerably in structure.

Fish kidneys are different from human kidneys in one key way: fish are capable of growing more nephrons throughout their lives. Humans are pretty much stuck with what we have at birth. This is no trivial fact. If scientists can figure out the mechanism for this, we may be able to develop regenerative therapies to treat kidney disease.

Mammalian kidneys are all pretty similar, most appearing as bean-shaped twin organs situated on the dorsal side of the animal. However, many mammals that live in desert conditions have “super” kidneys that can concentrate urine, conserving water, far more than other mammals.

Reptiles have nephrons that are straight and mammals have looped nephrons. Birds are in-between with up to 30 percent looped mammalian-type nephrons and the remainder straight reptile-type nephrons.

Tonight, when I have to make my middle-of-the-night run to the bathroom, I think I am going to try and be thankful that my kidneys work. Losing a bit of sleep is far better than the alternative.