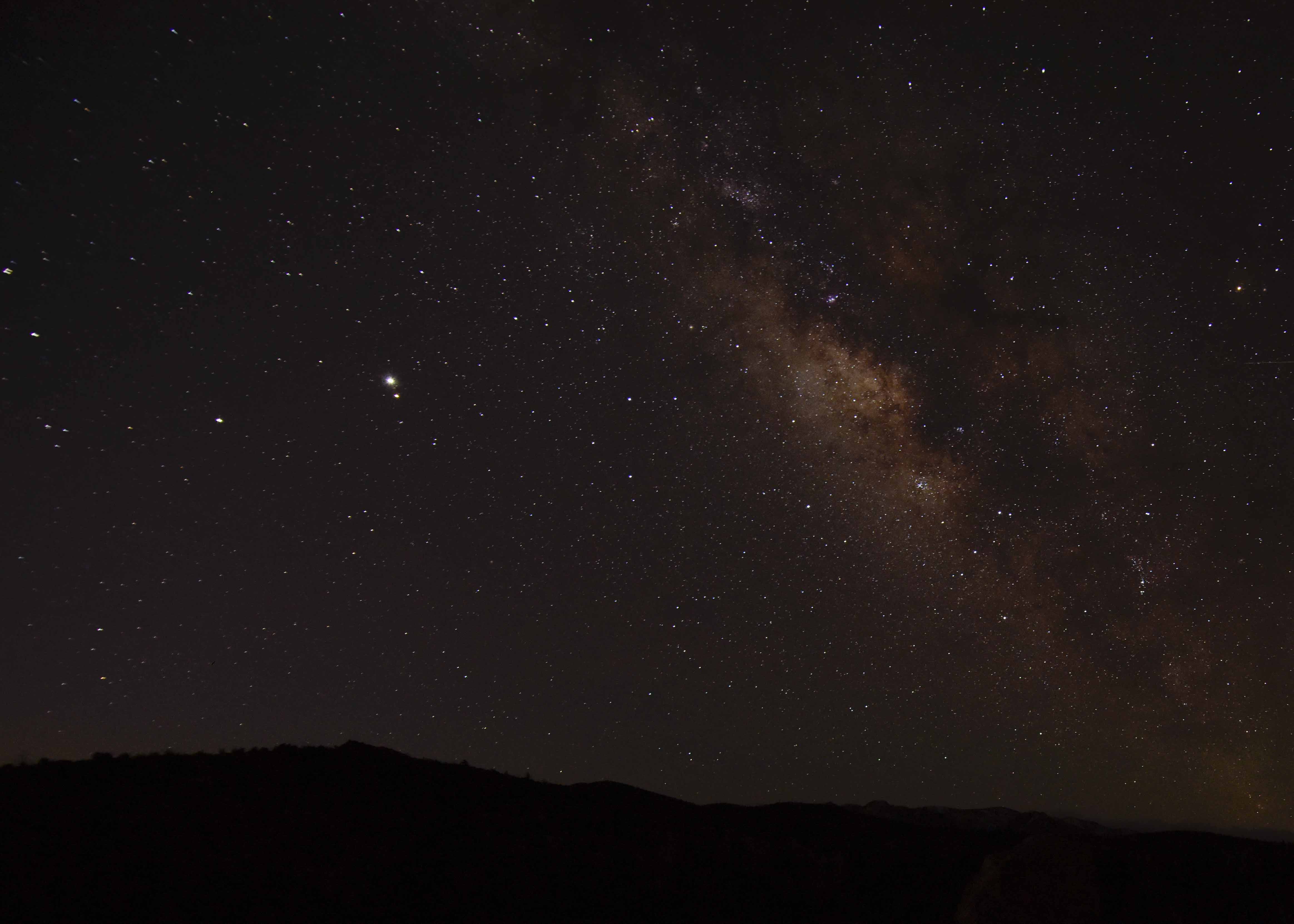 The early morning sky and I are not well acquainted. Seeing stars before the sun can brighten the sky enough to hide them requires getting up about 4:30 a.m. in March, just a tad early for me. But when I read that Jupiter, Mars, Saturn and Venus would all be visible in the pre-dawn sky in the third week of March, I determined to see them.

So, on Thursday morning last, I rose at the requisite time, drove six miles to the top of a mountain in Chiricahua National Monument in southeast Arizona and set up my spotting scope facing east. Just as I had read, the inside of a rising sliver of a waning moon guided me to Jupiter, Saturn and Mars a fist width away to the south.

Jupiter was far easier to find than I expected. It is the brightest “star” in the sky, but just knowing to look to the right of the crescent moon gave me a great advantage. Mars was just below Jupiter and to the right, seeming to almost touch the super planet. Saturn was almost half way between the moon and Jupiter. A straight line between Jupiter and Saturn ran almost through Mercury just left of the moon, barely visible above the horizon.

I was most interested in Jupiter, our largest planetary neighbor, because of the potential role it played in the formation of Earth and mostly because of its reported role as Earth’s guardian. I was a bit disappointed when I found Jupiter in my spotting scope. Even at 45 power, about five times stronger than my binoculars, Jupiter still was just a larger super bright circle. I could see no detail.

Jupiter is truly huge. Eleven earths could fit across its diameter and it could swallow 1,300 earths without a burp. The story that I had heard at the Kitt Peak Observatory was that Jupiter, with its colossal size and equally strong gravitational pull, has saved Earth from many a meteor that could have destroyed it.

As I looked into this theory, I found, as usual, that there is more than one interpretation of the data, most of which comes from computer simulations. As a rule, Jupiter, along with Saturn, kept smaller space debris from coalescing into larger planet-like meteors that could threaten Earth during the formation of the solar system. Computer simulations of solar systems lacking giant planets found that massive impacts would occur more often and for a longer time period. Massive impacts could break off chunks of the Earth (astronomers believe our moon was formed when an enormous meteor knocked the moon-sized piece of Earth off) or even destroy our atmosphere, making the planet uninhabitable.

On the other hand, Jupiter has been accused of actually trying to hit Earth with a meteor. In 1770, a comet known as Lexell’s Comet, came within one million miles of Earth (in astronomy, that is a miss by a mere cat’s whisker and is still a record for the closest comet) after Jupiter’s gravity pulled it off course. After two orbits around the sun, Lexell’s Comet once again passed close to Jupiter which hurled it into deep space in 1779.

So, Jupiter’s role as big brother may be more complicated than I was led to believe, but I am still glad I made the effort to get acquainted with it. Getting to know our neighbors is always a good thing, and in the case of Jupiter, social distancing wasn’t an issue.

NOTE: Jupiter is visible in the morning sky from January 15-July 13 and evenings from July 14-December 31. If you know your constellations, Sagittarius will be in the background for much of the year.