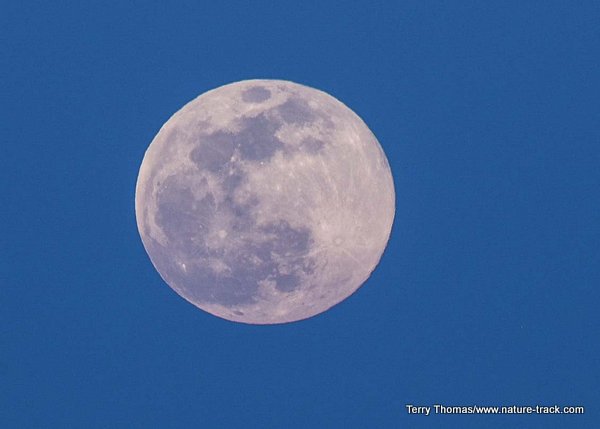 How often does a Blue Moon occur? The answer is, it depends.

Sigh. Every time I find a topic that I believe will be straightforward, easy to write and actually be profitable for a change, quick research proves me wrong. That is certainly the case with the Blue Moon, a phenomenon scheduled to appear Saturday, March 31st.

The definition of a Blue Moon as often accepted in common lore, is the second full moon within a given calendar month. The first full moon this month occurred on March 1st, so by this definition, the full moon on March 31st is a blue moon and in this case, February got the short stick again as  it had no full moon.

Unfortunately, that definition came about from an error published in 1946 in the magazine, Sky & Telescope, and was just an author’s way of simplifying things.

The other, more traditional definition of a Blue Moon is based on seasons. Each of the four seasons, as defined by the equinoxes, normally has three full moon sequences. However, our calendar isn’t perfectly aligned with the lunar and solar cycles. For instance, leap year, the adding of a day to February every four years, is an attempt to catch us up with the solar cycle that is 365.24 days, not 365.00 days long.

In the case of the moon, one lunation (lunar cycle) is 29.53 days long, yielding about 12.37 lunations in a year, giving us slightly more than one lunar cycle per month and a calendar year with about 11 days more than the 12 lunar cycles can account for. Like leap year, this time adds up and must be balanced like an accountant’s books. So, every 2-3 years, seven times in 19 years, there is an extra moon in one of the seasons.

It would be simple to assume that the Blue Moon would be the fourth full moon in a given season, but that is not the case. In folklore, each of the 12 full moons has a name. The Farmer’s Almanac suggests the following names for the March full moon: "Worm Moon", "Crow Moon", "Sap Moon", "Lenten Moon". In order to not mess with such an important naming system, the Blue Moon is actually the third full moon so the last moon can continue to be called its folklore name.

Don’t expect the Blue Moon to actually be blue though. While the origin of the name, Blue Moon is unclear, if you are talking about a moon that actually appears to have a bluish cast, that is far more rare (total lunar eclipses are more common), totally unpredictable and may occur at any moon phase. Truly blue moons are caused by smoke or dust in the air. For instance, when the volcano, Krakatoa, erupted in 1883, the subsequent cloud of ash caused the moon to appear blue for nearly two years.

Saying that something is as rare as a Blue Moon means it is uncommon. Double Blue Moons, such as this year (January 2018 also had two full moons) are even more uncommon and happen only 3-5 times in 100 years. You will have to hang on until 2037 for it to happen again.