Flight in Bats and Birds 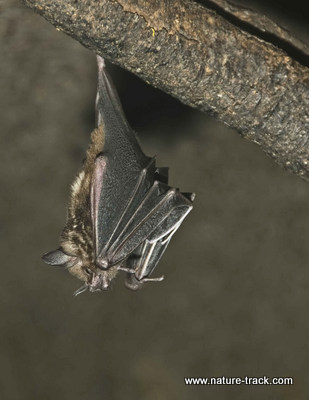 Bats and birds share the amazing adaptation called flight, but bats may actually have the edge when it comes to aerobatics.

The sage-grouse hen flew off like her tail was afire as soon as I let go of her. Her flight was erratic as she adjusted to the backpack GPS satellite locator she was now wearing. She quickly figured out how to deal with her new fashion accessory and disappeared in seconds over the sagebrush. I marveled at the wonder of true flight, an absolutely incredible adaptation shared these days by insects, bats and birds.

Scientists still ponder exactly how the vertebrates; birds, bats and pterosaurs or flying reptiles, all independently resolved issues with flight millions of years ago. The functions of lift, thrust and wing aerodynamics is well understood but humans still can’t reverse engineer some of the more subtle and intricate nuances that Nature solved millennia ago. For instance, how does a bird land on a branch without losing so much lift that is drops beneath the target? How does a bat come to an almost complete stop, flip upside down and grasp the roof of a cave without dropping like a stone?

Bird wings follow a basic pattern. There is a short and stout humerus, the large bone that connects to the body. The radius and ulna come next with the digits, what we might think of as fingers, being short and fused at the end. There are three points of articulation, places where the wing can flex and add to flight complexity. In addition, the wing feathers are attached to the ulna and the digits and can be opened sort of like venetian blinds, adding another degree of potential flight control, just like flaps on an airplane.

Bat wings are much different. Clearly, the bat has no feathers. Its’ wing is made from a membrane that stretches from the tips of its fingers to its hind legs. This membrane gives the bat some advantages over feathers, including creating unique air vortexes that require less energy to power the stroke.

Another big difference is that while the bat also has a humerus, radius and ulna, its more humanlike digits are long and flexible.  Imagine having a pinky finger several feet long and you get the idea. The digits are part of the essential structure supporting the wing membrane. This hand structure provides many points where the wing can flex and bend. The increased flexibility incorporated into the bat’s wing allows it to make fine scale adjustments in flight that birds just can’t do.

Finally, a bat wing is a much larger proportion of its body weight than birds. Research indicates that bats use the momentum of the wing to help control delicate flight operations such as landing upside down.

Science continues to chip away at the mysteries of flight, but that only adds to the wonder of it. No matter what human technology achieves in flight, it will never equal what bats and birds can do naturally.