When Sexes are Alike

These Canada jays could be males, females or one of each. It is almost impossible to tell. 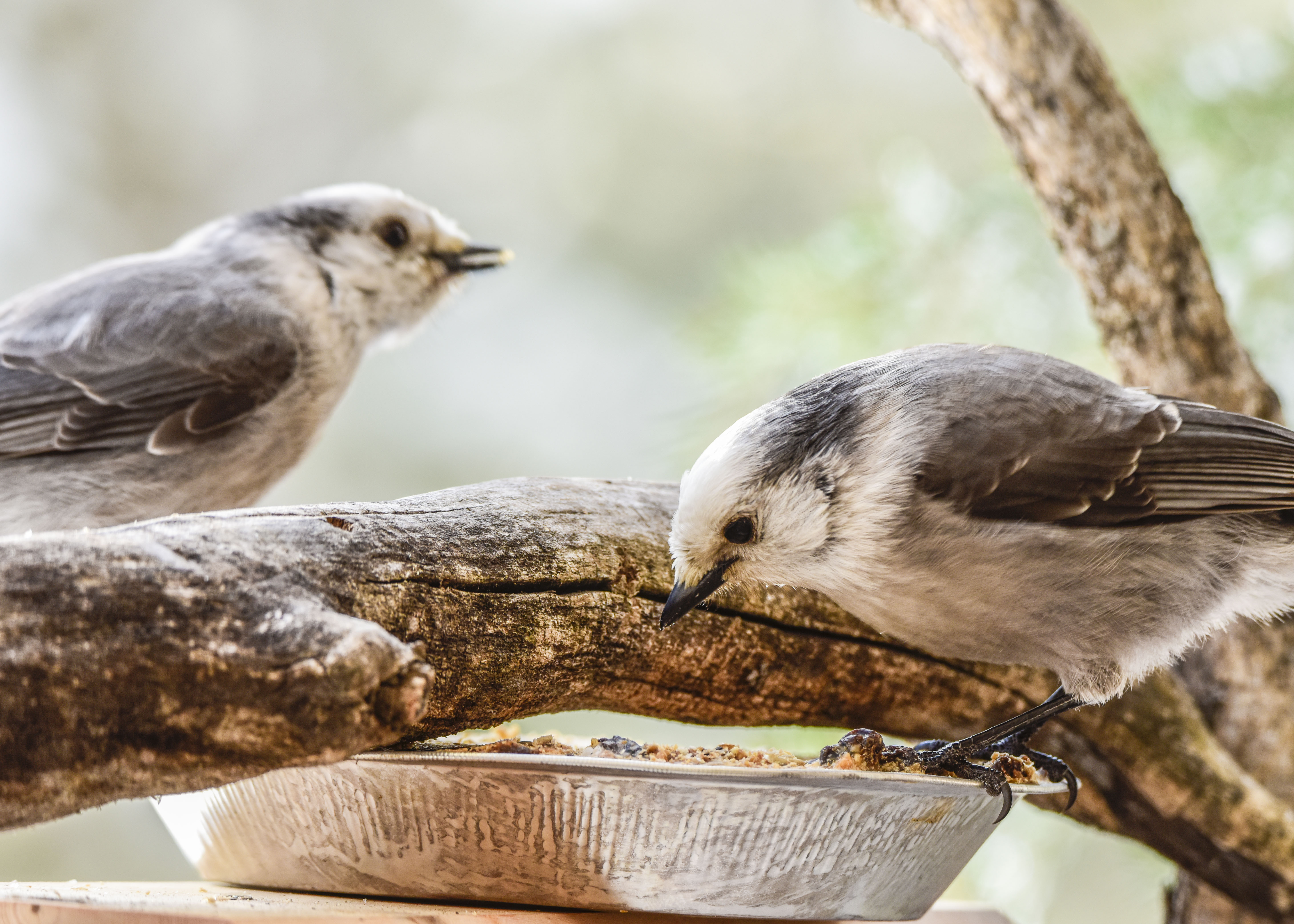 Of the seven bird species that visited my home this winter in Island Park, I could only tell male from female on one species. This was the hairy woodpecker, where the male has a dime-sized red spot on the back of his head that the female lacks. For the remainder, Steller’s jays, Canada jays, Clark’s nutcrackers, red-breasted nuthatches, mountain chickadees and the single visit from a black-billed magpie, they could have all been males, females or a mix and I could not tell.

That isn’t to say that an expert couldn’t tell the difference with enough observation, but the normal things such as size, very different coloration or ornamentation were not obvious giveaways. From my perspective, even when looking at the photographs later, I simply could not determine the sex of the bird.

I can think of many examples throughout the bird world where sexes are similar in appearance. Canada and snow geese, trumpeter swans, bald and golden eagles, gray partridge, chukars, ptarmigan, storks, flamingos, ravens, crows, creepers, song sparrows, cedar waxwings, titmice, gulls and shorebirds such as black-necked stilts and willets, are just a few. They are represented in many families. It is clearly a different strategy than birds with dimorphic (different looking) sexes.

Scientists have been interested in the subject of sexual dimorphism or the lack of it for centuries. For sexually dimorphic species, the evidence points to sexual selection as the driver of bright or even bizarre decoration: the more colorful, ornamented or larger the bird (or other animal for that matter), the more likely that the individual will be selected by a mate. I am careful not to say male, because there are a number of cases where the female is the more colorful, embellished or larger of the sexes.

This actually works in opposition to Charles Darwin’s original theory that all adaptations were selected for their value to the survival of the individual. A peacock’s tail serves no survival advantage; in fact, it is quite a liability except for the fact that the peahens love it. So, in the case of sexual dimorphism, the costlier the trait (to survival), the more valued for breeding because the battle isn’t for survival but for breeding rights. This pushed Darwin into an evolution of his own and he modified his theory by coining the term, sexual selection, as a special case of natural selection.

With sexually similar species, the current belief is that natural selection (not sexual selection) drives their evolution. Genetic traits become more or less common depending on how they influence an individual’s ability to survive and gather resources.

While we humans may have trouble identifying males and females in sexually similar species, that doesn’t seem to be a problem at all for the birds. They use calls, songs and behavior as ways to help recognize individuals and sexes, but in reality, birds see the world differently than humans. They can see a whole range of colors in the infrared spectrum that humans can’t see. To us, the black feather of a crow is just black. To another crow, it may be a color or colors that we can’t even imagine. One study indicated that when using a spectrophotometer to measure color differences, including infrared, between males and females, 92 percent of the species that we consider as having look-alike sexes have distinct plumage differences that only the birds can see.

There is a lesson in this: Just because we can’t see or understand something, doesn’t make it less real. Most of technology we enjoy today is based on things we cannot see.