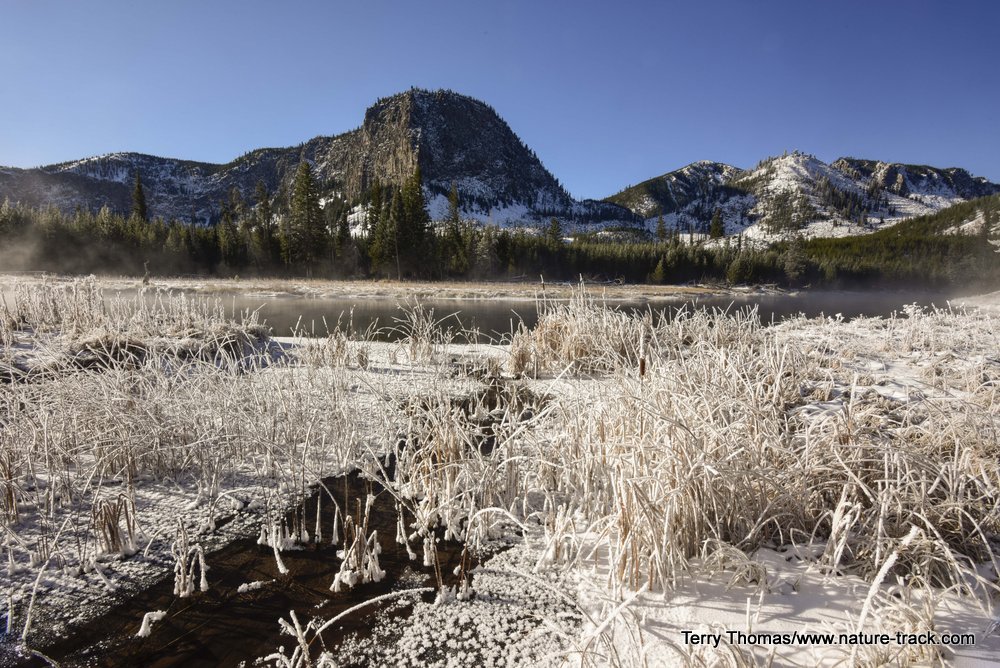 Mount Haynes along the Madison River.

If you want to see Yellowstone from your own vehicle, you have just four more days to do it. Sunday, November 3, 2019, is the last day the roads will be open until the snow season starts and the snowcoaches and snowmobiles rule the roads.

We were in Yellowstone today, October 30, and found it nearly deserted. I am not kidding, We could sit in a place for five to ten minutes without another vehicle passing. It was pretty awesome. 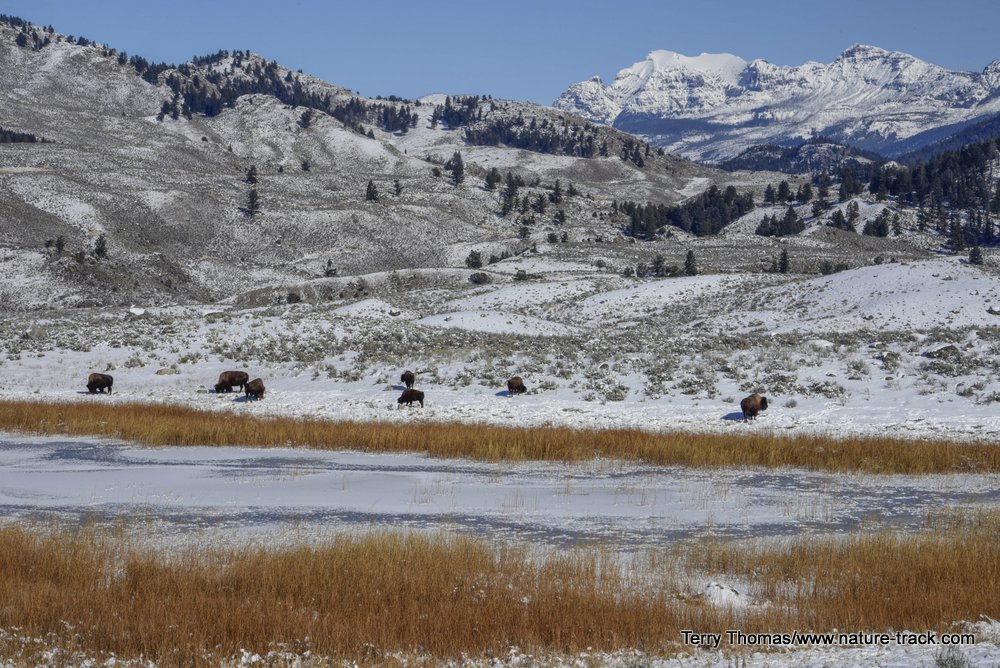 The early storms and the cold temperatures have closed a few things early. Most notably, Dunraven Pass is closed and the gates at Tower Junction and Canyon are locked. Most of the side road trips like Blacktail Plateau are also closed, but the main roads remain open. They are mostly snow-free, but watch out for patches of ice on shady corners. We saw one vehicle that had just slid off the road and down a steep embankment just north of Gibbon Falls. 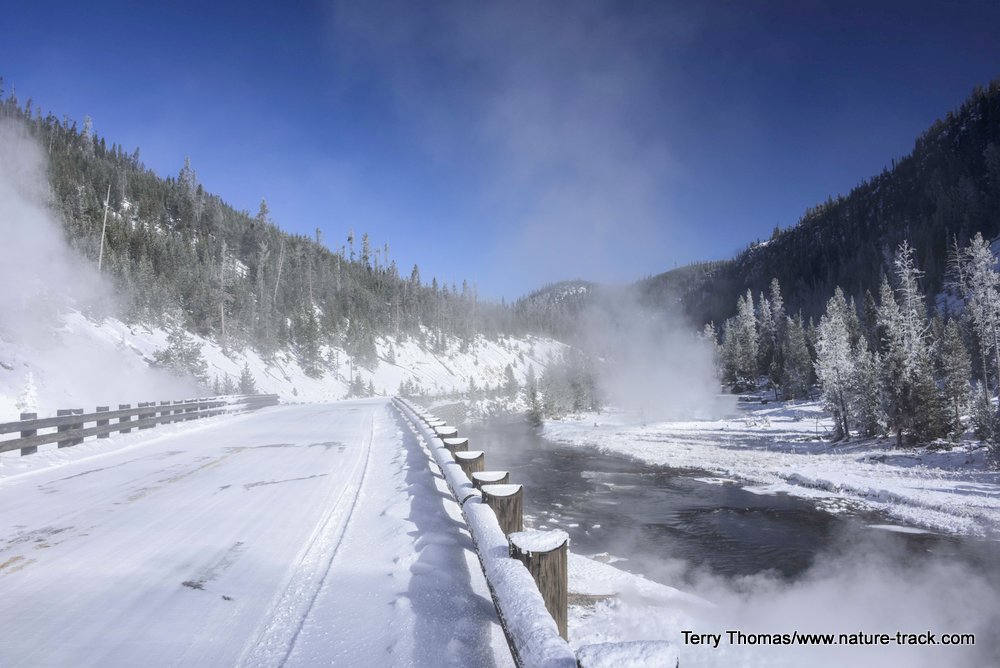 I literally stood in the middle of the road for many of my photos at Beryl Spring. In about 20 minutes, only five cars went by.

When I stepped out of my house and found that it was -7 degrees Fahrenheit, I wasn’t very enthused about going to Yellowstone. We went anyway and found that the temperature fluctuated between -14 and -1. By 11:30 a.m. though, it had warmed up to about +10 degrees F and was much more tolerable.

One thing the cold did though was to frost the trees near the steam vents in a thick coat of hoar. These trees were a beautiful sight, especially when framed against the blue sky. That alone made the trip worthwhile. 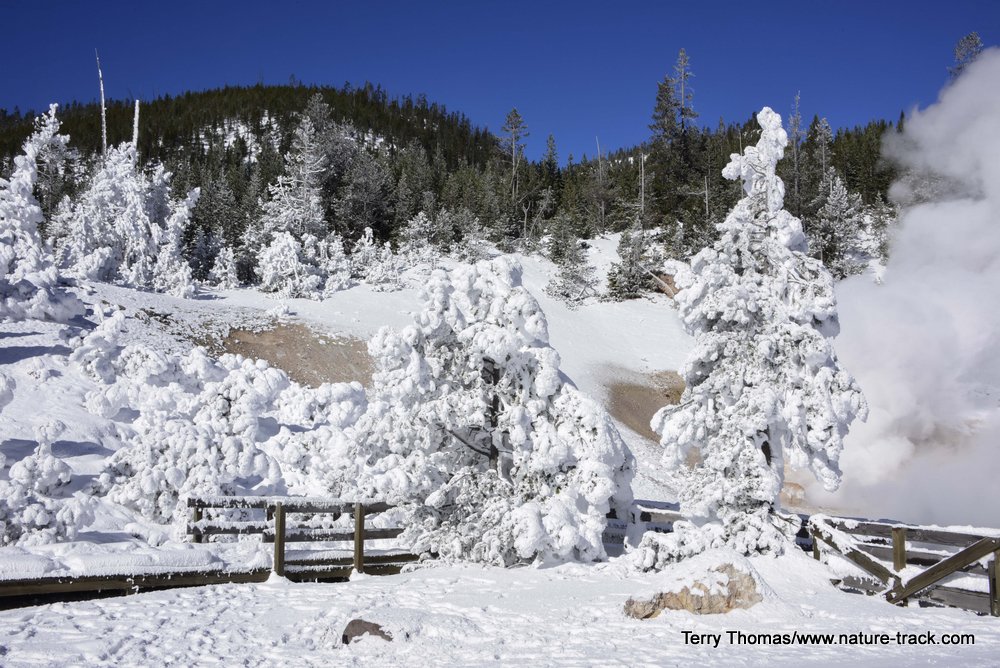 Beryl Spring. The frost was fantastic around all the hot spring features. 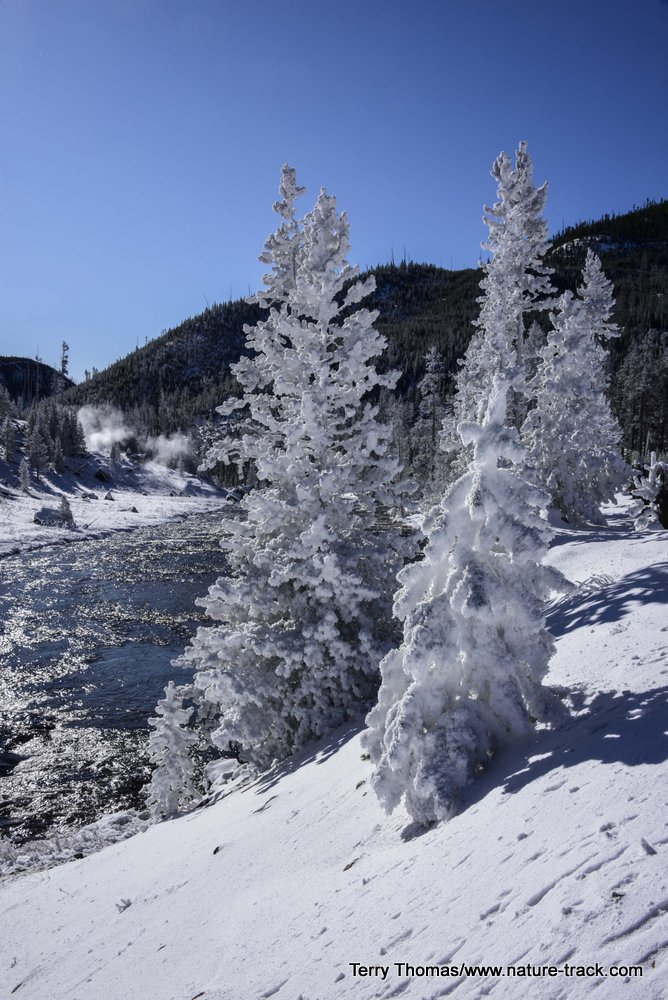 Even the frost along the rivers was terrific if there was a hot spring nearby. Gibbon River.

Our route today was West Yellowstone to Pebble Creek in Lamar Valley and back. Wildlife was a bit scarce. We saw bison throughout the Park, saw a few elk between Mammoth and Tower Junction and a couple of coyotes. While in Lamar, we saw bison and then, on the way out, picked up a grizzly a couple hundred yards up the hill near Soda Butte. I was a bit surprised at this. I had expected that the cold of the past few days would have put them all to bed. We did see a bull elk at Phantom Lake and mule and white-tailed deer in the general area as well.

If you get a chance, go see Yellowstone one last time before winter. You will be glad you did. 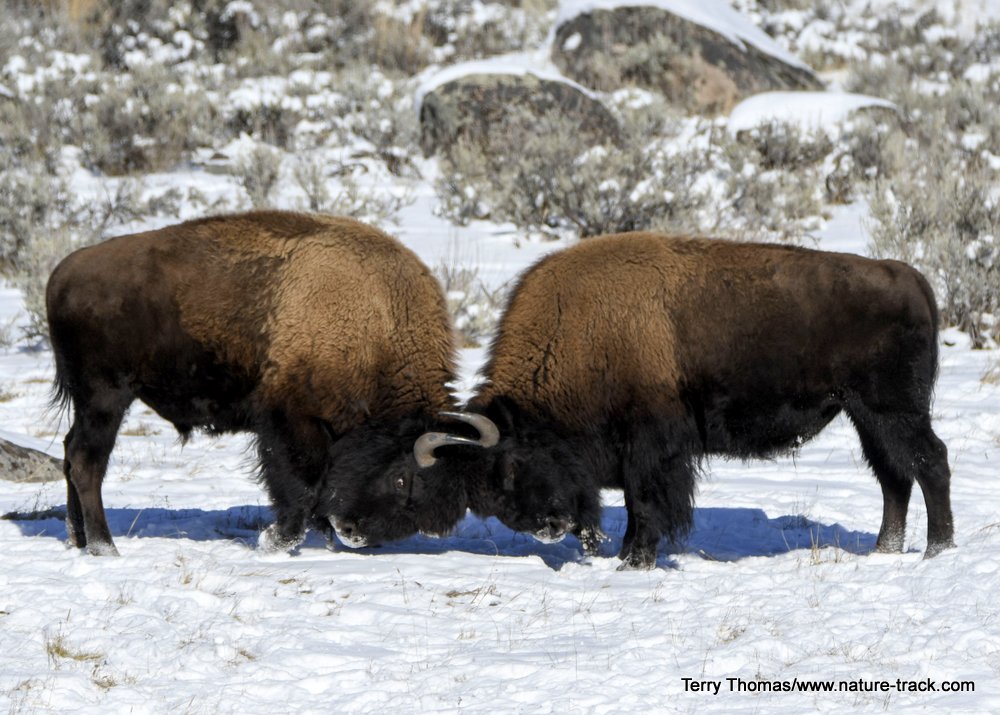 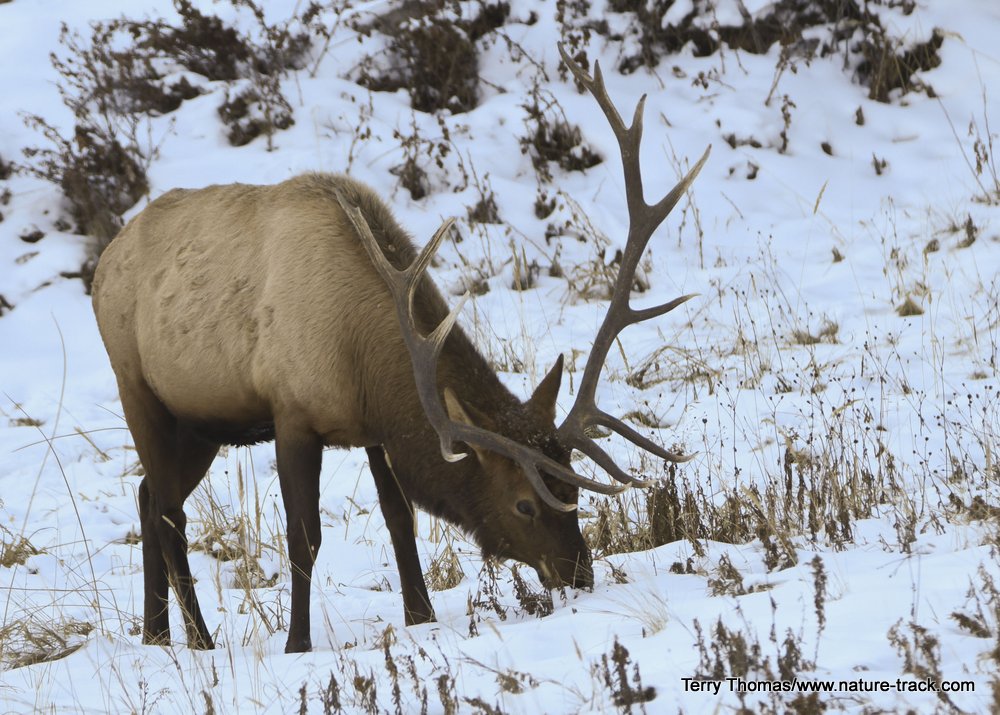 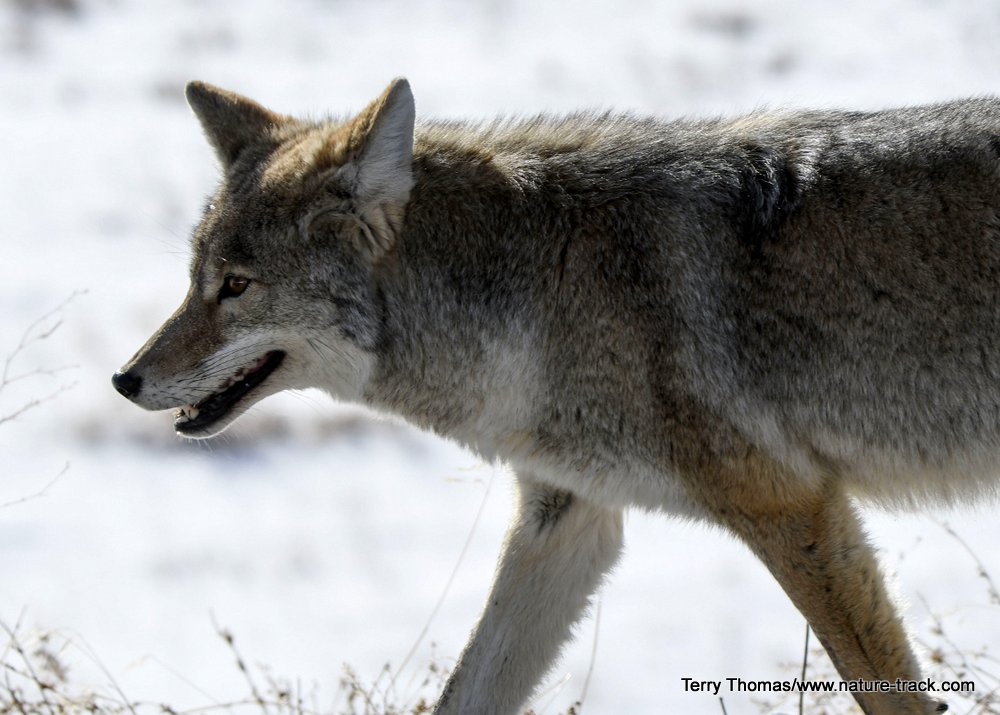