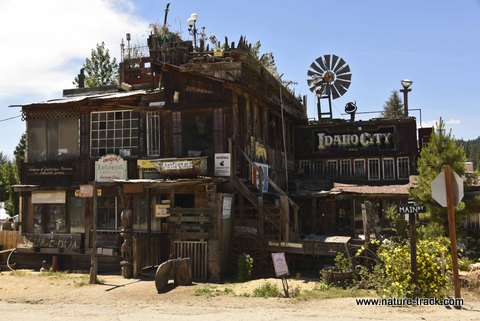 Had we not taken the scenic route we would not have seen the historic Idaho City, a place brimming with history and antique charm.

A new granddaughter and a grandson turning six necessitated a quick run to Caldwell. By taking the shortest and fastest route, we made the trip in record time and enjoyed the birthday dinner and holding the new little princess.

The trip home, however, was not constrained by any appointments, deadlines or schedules. We were free to dally if we so desired. A quick decision led to a circuitous but most pleasant drive across country that was far more interesting than tired Interstate travel through the Magic Valley.

Our trip started when we abandoned I-84 on the east edge of Boise and headed northeast on Highway 21, the Ponderosa Pine Scenic Byway. In a few minutes we passed Lucky Peak Dam. The drive wound through forested hills along the Boise River. We spent a few minutes admiring the rustic downtown section of historic Idaho City where 20,000 miners once worked then headed toward Lowman. We crossed over a divide and encountered the Upper Payette River and followed its course for miles. Finally, we climbed over another summit and dropped into the Salmon River Drainage, pausing in Stanley long enough for refreshment.

At Challis we entered the Peaks to Craters Scenic Byway through Mackay and Arco, considered the most diverse and longest scenic route in Idaho, and then we crossed the more familiar Big Desert, home to Idaho National Laboratory then on to Idaho Falls. 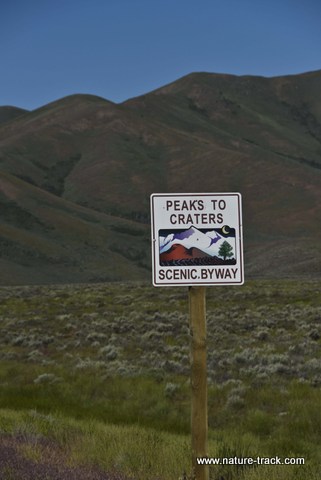 A sign near Craters of the Moon National Monument denotes the Peaks to Craters Scenic Byway, the longest scenic byway in Idaho

The trip was only 70 miles longer than the Interstate route, but it took an additional three hours. Narrow and tortuously winding roads between Lucky Peak and Lowman seldom allowed for speeds of 50 miles per hour.  But for once, we weren’t shackled by the clock, and we agreed that the time was well spent.

Even more time would have allowed us to explore side roads to more scenic and historic areas. We sadly passed by turn-offs to Atlanta and Grandjean but my imagination ran wild with the possibilities of future camping trips.

Most states are chock full of scenic byways, usually smaller roads that wind through beautiful country but are not the most direct route to much of anything. I well remember the surprise at finding such a road in southwest Kansas, a state not known for its scenery.

Idaho has 31 scenic byways ranging in length from 36 to 140 miles long. They are scattered across the state fairly evenly attesting to the scenic opportunities our vast state offers.

Had we taken the Interstate, or even the back way through Fairfield, we would have arrived home three hours sooner without any new memories and I would likely have spent that time trying to figure out what this week’s column would be about. Instead, we threw out the clock, forgot about responsibility and just enjoyed every moment.

Life’s relentless grip on my calendar isn’t going to loosen anytime soon. So whenever I do get the chance to take the road less traveled I plan to do it because the fastest road between two points may not be the best way.