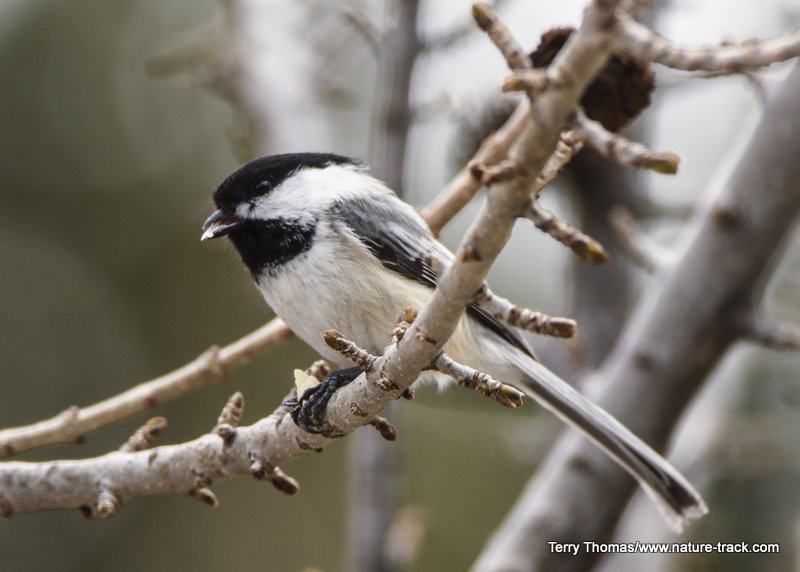 Is this a black-capped chickadee or a Carolina chickadee? Unless you are an expert birder, you may need to know where it was photographed to be sure which species it is (hint: photographed in Idaho Falls).

Shenandoah National Park in Virginia was beautiful but mysterious. Biologically, it felt like being in a foreign country. Plants unknown to western forests lined the road and instead of vast vistas of sagebrush or craggy peaks, the views were of unending mountaintops cloaked base to tip in green. A meadowlark sang in a field and I was glad for the connection to home. Only, this wasn’t our western meadowlark, but rather, the Eastern meadowlark.

This served to remind me that there are plenty of animals that have eastern or western cousins. If you travel east past the middle of the country, you will find very similar looking critters in many cases, but, though they seem alike, they have diverged evolutionarily enough they are different species.

This is most common among birds, with the Great Plains often acting like the dividing line. Heading eastward, the range of western species begins to fade out in Eastern Colorado and eastern species begin to increase in the same area. Often, the two species’ ranges overlap there and both species can be found in a fairly narrow band. The line is seldom straight either, with many fingers weaving west and east, sliding up to the north or down south. Within the overlap though, they may hybridize, creating a new challenge for bird watchers.

It is common for eastern and western species to look a little different. For instance, the male western bluebird has a completely blue hood that extends to the chest. The male of the eastern species has a blue head but a rusty throat. The western variety is also lean looking while the eastern species is chunky and round.

At one time, the Baltimore and Bullock’s orioles were merged into one species, the Northern Oriole. Genetic studies in the 1990’s pointed out that there are sufficient genetic differences for these to be considered different species. In appearance, the biggest differences are that the Baltimore oriole has an all-black head and white wing bars while the Bullock’s has a black eye stripe bordered by orange on both sides and a white wing patch. They divide their ranges nearly perfectly down the eastern Montana, Wyoming and Colorado borders, but where they overlap they hybridize shamelessly.

The black-capped chickadee and Carolina chickadee are yet another pair of eastern/western cousins. These two are very challenging to distinguish unless they are side by side. Fortunately, their ranges don’t overlap by very much and many birders use location to help with identification.

Sometimes the separation doesn’t result in broad genetic differences but distinctions can still develop. The eastern marsh wren is brighter colored and has a more vibrant song than its western version. Like the Baltimore/Bullock’s orioles, it is possible that genetics may one day prove that these are different species.

The further east of Colorado you travel, the less familiar the country becomes. Dark hardwood forests eventually dominate the landscape and at times it seems as foreign as the Amazon. Nothing will put you at ease more than seeing a familiar bird, even if it sings a different song or looks a bit unusual.