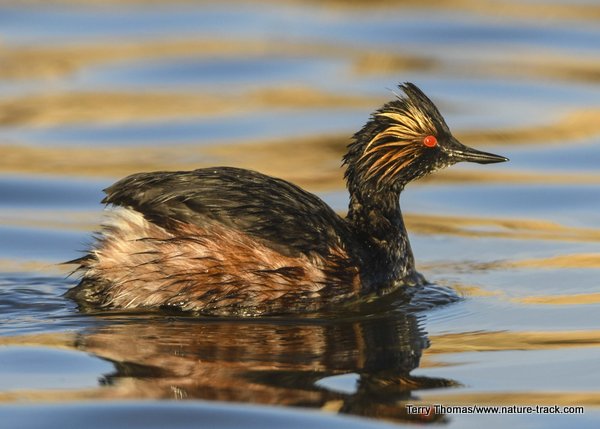 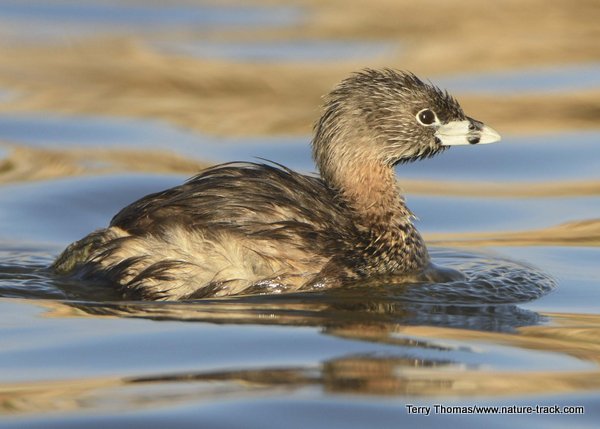 Although an eared grebe (left) and a pied-bill grebe don’t look much alike they are members of the same family and share many traits.

There are some birds that are a joy to watch because they are easy to find. There are others that mesmerize with their beauty. Still others enthrall us with curious behaviors. I like the grebes, as a group, because between them, they do all three.

Grebes are unique in many ways. Their order contains a single family, the Podicipedidae, with six genera and 22 species. These species are spread across the globe on every continent except Antarctica. In our area, we have five species: Pied-billed, Western, Clark’s, eared and red-necked grebes, representing three genera. We also have the potential to see a migrating horned grebe. While mostly freshwater species, there are some that occur in marine habitats.

With 22 species spread across the planet, it is reasonable to assume that there is a wide variety in looks, size and behaviors. That is certainly the case here. Grebes range in size from the diminutive least grebe that weighs in at 4.3 ounces to the great grebe which is nearly 15 times larger, weighing 3.8 pounds. Bills vary from long and pointy to short and stout, depending on foraging technique and preferred foods (insects, small fish, crustaceans and other invertebrates).

There are unifying characteristics as well. Grebes have lobed toes (not webbed), which is like having a swimming flipper on each of their three front toes, and are excellent swimmers and divers. They swim with feet thrusting together, much like a frog. They swim far better than they walk and are often reluctant to fly (although all of our species do migrate) choosing instead to dive and swim away from danger.

Grebes usually dive head first with a little hop from the surface of the water. However, I have watched them slowly sink below the surface, something I have never seen another bird do. This is because they have unusually dense and waterproof plumage. They can adjust buoyancy by pressing the feathers against the body. The closer to the body they hold the feathers, the less buoyant they are.

Speaking of feathers, one of the most interesting things about grebes is that they eat their own feathers and feed them to their young. These feathers form two balls in the stomach of the bird. Scientists still have not unraveled the purpose of these feather balls.

While in non-breeding plumage, grebes are generally pretty drab. During breeding season though, they can be strikingly handsome. Most of this centers around the head where crown and facial feathers can be raised up in some stunning displays. Many grebes, such as the horned and eared grebes, also have some sort of chestnut coloration on the head, making for some stunning contrasts.

If you do an internet search on courtship rituals among grebes, you will find hundreds of examples of the same three species: Western and Clark’s grebes and the great crested grebe of Eurasia, India and Australia. While most grebes have fascinating rituals that include gifting aquatic vegetation, a lot of vocalization, head bobbing and intimate gestures, the Western and Clark’s and the great crested grebe take it to a new level. Their paired dances impress not only themselves, but anyone else watching as they sprint across the water surface together in what seems to be a choreographed performance.

Grebes carry this intimate behavior into parenting. Although the chicks are precocial and able to swim at birth, they often catch a ride on one of their parent’s backs while the other parent hunts and feeds them atop their perch.

Watch for and observe grebes on your next outing and you may get to witness some of these behaviors and uncommon beauty.