The Antiquities Act and National Monuments 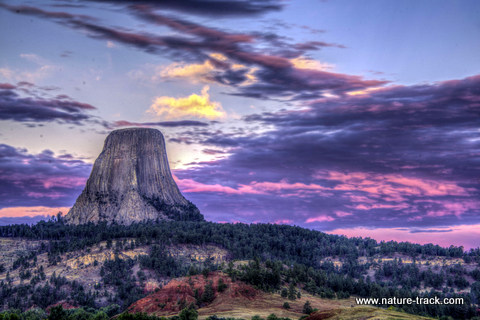 Devils Tower in northeast Wyoming was the first area protected under the Antiquities Act. It remains a national monument today.

A one hundred and eleven-year-old law is causing a fair bit of consternation right now. The Antiquities Act, signed into law by Theodore Roosevelt but proposed and passed in Congress, became law June 8, 1906. As laws go, it is relatively short, about one page, with four sections. It was intended largely to protect historical, especially Native American, sites in the West which were being decimated by souvenir hunters.

This law conferred to the president the power to designate a national monument without congressional approval. National Park designation requires the approval of Congress, an often long and involved process that lacked the immediacy deemed necessary to protect critical areas.

Theodore Roosevelt was the first to invoke the powers of the Antiquities Act establishing Devils Tower National Monument in Wyoming on September 24, 1906.   By the time he left office in 1909, he had established 18 national monuments including Grand Canyon in Arizona and Mount Olympus in Washington.

Today, there are 129 national monuments including the most recently dedicated monument, Bears Ears, in Utah, established by presidential decree on December 28, 2016. In addition, about half of our 59 national parks started out as national monuments but were upgraded by Congress. There is currently a locally driven movement underway to change Craters of the Moon National Monument to a national park.

It is tempting to think of this law and its application as part of the agenda of the Democratic Party. However, since Roosevelt’s time, democratic and republican presidents have applied the law pretty evenly. In fact, in the past 111 years, only three presidents, Richard Nixon, Ronald Reagan and George H.W. Bush, have not used the act to designate a national monument. I suspect that Donald Trump will be the fourth.

In April of this year, President Trump signed a presidential order requiring the Department of Interior to review monument designations or expansions of 27 monuments since 1996 to determine if they are examples of presidential overreach—or misuse of this century-old law.

The crux of the issue is in the wording of the law. Section 2 states: “That the President of the United States is hereby authorized, in his discretion, to declare by public proclamation historic landmarks, historic and prehistoric structure, and other objects of historic and scientific interest that are situated upon the lands owned or controlled by the Government of the United States, to be national monuments, and may reserve as a part thereof parcels of land, the limits of which in all cases shall be confined to the smallest area compatible with the proper care and management of the objects to be protected...” The last line, referring to the “smallest area”, is what causes much of the concern.

Determining what is the smallest area that still protects the specific values of the monument is a challenge.  For instance, should a monument protect the individual footprints of hundreds or even thousands of scattered archeological sites or does prudence dictate drawing an encompassing line around the whole thing, making a far larger monument but perhaps one that does a better job protecting the resource in question? How do you establish the smallest area for a resource with scientific value such as Craters of the Moon? What is the letter and what is the spirit of the law? To me, that is the question under debate and the fate of over two dozen monuments hangs in the balance.