Wildlife in China is Hard to Find 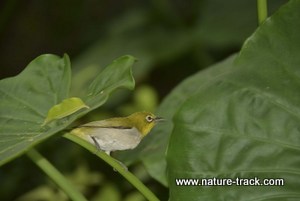 Birds like this Japanese white-eye were surprisingly hard to find in a tropical land where rainforests should be teeming with wildlife.

As I crossed the vast Pacific Ocean headed west on an interminable flight, I wondered what I would see in China. I hoped for a chance to really look at some distinctive ecosystems, perhaps do a little birding or catch a glimpse of some unique reptiles or mammals. This was a cultural trip though, one designed to visit places like the Forbidden City and the Terracotta Warriors, not the wilds of China. Wildlife was going to be hard to find.

I was encouraged as we toured around Hong Kong. I saw some old friends; egrets, and black-billed magpies, and also found half a dozen new species as we hurried about the city. It became quickly apparent though that diversity was lacking: I was seeing the same half dozen species. That seemed to be a harbinger for the next two weeks.

I didn’t anticipate finding much wildlife on the cultural jaunts, but on excursions up the Li River and five days on the Yangtze River, including side trips up narrow jungle canyons, I expected to at least hear birds and other wildlife even if I couldn’t identify them. For the most part though, the forests were silent and still.

I am not a topnotch birder or wildlife spotter, but I was still convinced that there was something more wrong. There just didn’t seem to be much wildlife to see. Local guides explained that the Three Gorges Dam had blocked migration for a native dolphin and a sturgeon, sealing the fate of both. That explained some of it. Taming this vast land has been occurring for thousands of years and wildlife was bound to suffer.

As if to make that point, guides pointed out that at one time the woods did teem with wildlife, but when animals competed with local farmers for crops, they were systematically eliminated. Several guides also explained that in China, obtaining quality protein is a challenge for the people and any wild animal helps to fill that need.

There seemed to be something more at play though, at least from the bird perspective. Throughout our trip, we rarely encountered insects, although there were plenty of untidy corners for insects to multiply in. On many occasions, we could see farmers fogging their fields and we’d occasionally catch a faint vapor of pesticide. For the most part, no bugs equals no birds.

On the Great Wall we had a rare and beautiful clear day. As far as we could see in any direction, entire forests had been removed in an intentional effort to eliminate birds that consumed rice meant for human mouths. China paid for this arrogance when crop devouring insects thrived after birds disappeared. The trees have been replanted in tidy rows, but it was unsettling to think that insecticides may now be replacing the birds.

Don’t get me wrong: China is an awesome place to visit and I realize that my sample size is relatively narrow. However, I am not the first one to notice a “Silent Spring” there. I can’t help but think that at some point, the law of unintended consequences is going to demand an accounting for this industrial approach to nature.