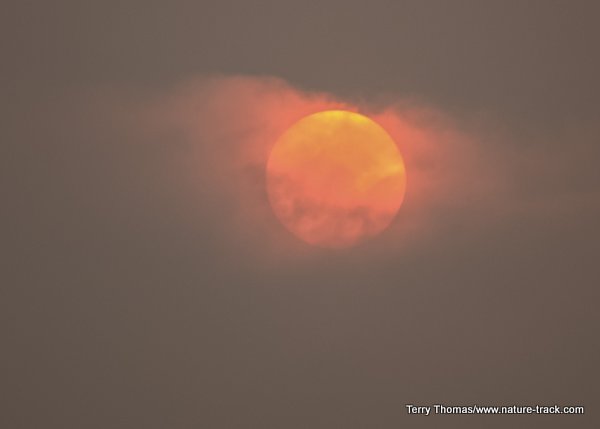 The sun and our relationship to it seems fixed, and so it is for a single lifetime. However, over millennia, the relationship between Earth and Sun varies considerably.

There are certain things that I have accepted as unchanging, especially when it comes to the physical source of life on this planet, the Sun. However, I have been realizing that although a person may not witness much change in our relation to the Sun during a lifetime, over longer periods, there has been and will continue to be surprising variability.

Not long ago, I heard the words, aphelion and perihelion for the first time. The orbit of the Earth around the Sun is elliptical—more like the shape of a football than a beachball—and the Sun is not exactly centered in that ellipse. There is a precise moment when the center of the Sun and the center of the Earth are as close to each other as they will get. This is called the Perihelion and this year it occurred on January 2nd. It stands to reason that the Earth will be at the opposite end of the ellipse exactly six months later, and so it is. Tomorrow, July 5th, we will experience the Aphelion, when the centers of Earth and Sun are as far apart as possible.

The difference between the two events seems significant. This year at Perihelion, the Earth and Sun were a mere 91,399,454 miles apart. Tomorrow, we will be 94,510,866 miles from the Sun (these are center to center measurements), a whopping 3,111,432 miles further from the sun than in January. To put that into perspective, that is about 125 trips around the equator or five trips to the moon and back.

That doesn’t seem to compute with what we experience here on Planet Earth. January is our coldest month and July is our hottest, yet the sun, our source of heat, is closer in January and further away in July? And even then, the hottest days usually aren’t around the Fourth of July, but weeks later (this year may be an exception to that).

A couple of things are going on. The first is called the lag of the seasons. The summer solstice—the longest day of the year—and the Aphelion occur when we are still recovering from winter. Most years, there is still winter snow lingering in the high shady places and oceans, reservoirs and land masses are still warming up—a long process. Once the winter chill has been truly vanquished, then the hemisphere can warm and we get the hottest days—the end of July and through August.

The second factor is more fundamental. The change in distance to the Sun really has little influence on our weather. It is the tilt of the Earth on its axis that matters and creates the seasons. During our summer, the Northern Hemisphere is tilted toward the sun. We receive more solar radiation because the Sun’s rays are striking the Earth at a more direct angle. Come December, the Northern and Southern hemispheres have “traded places” and we are angled away from the Sun and thus only receive sunlight at an oblique angle and we have winter.

That isn’t the end of change though. In the year 1246, the December Solstice and the Perihelion occurred on the same day. Every 58 years since then, the date of the Perihelion and Aphelion have drifted by a day. In about the year 6430, 4,000 years from now, the Perihelion will occur on the same day as the March Equinox. This is all apparently due to the fact that about every 100,000 years, the Earth’s orbital path changes from elliptical to circular, proving that our relationship with the Sun is flexible, not unchanging.