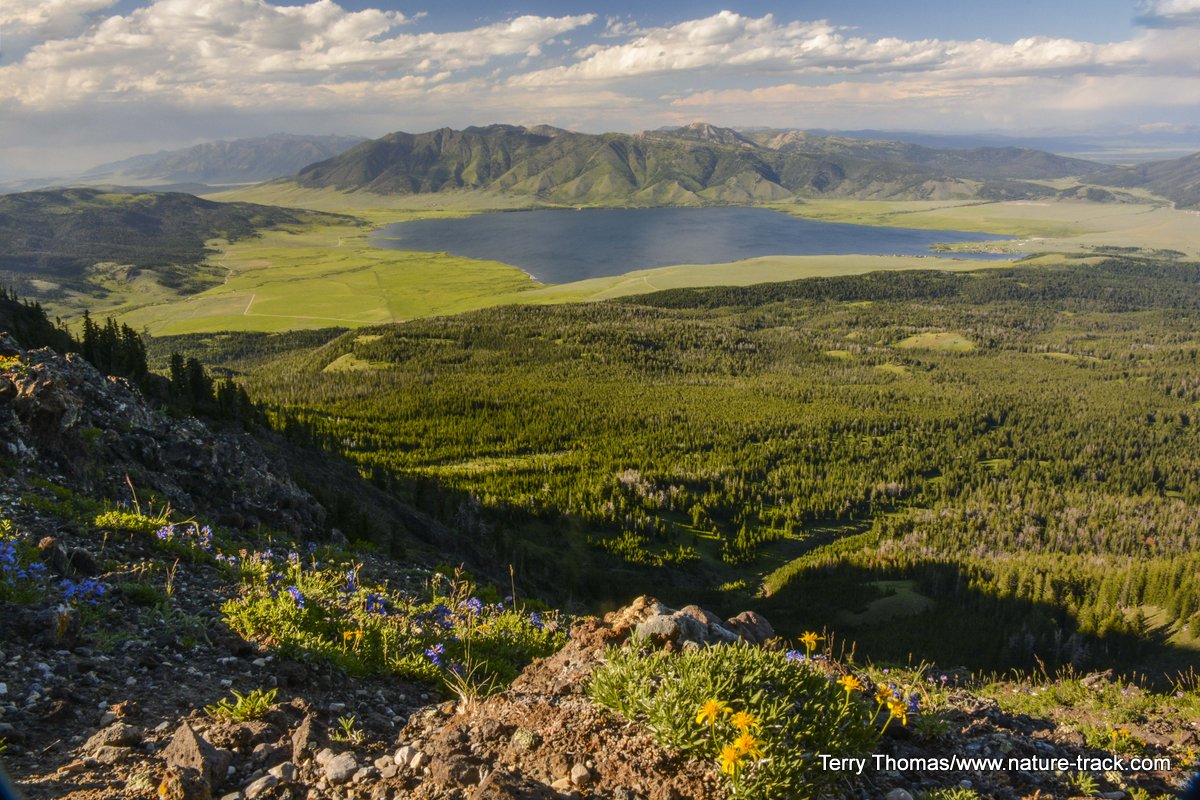 When rain comes in abundance, the world turns green.

From the top of Sawtell Mountain, Island Park looked like a shimmering emerald in the late afternoon light. From the dark greens of the conifer forest to the lighter shades of aspens and meadows, a very wet and cool spring had created a green-hued world that was intense and lovely, reminiscent of a rainforest.

The exceptional green colors of spring are not a coincidence. Rain plays an integral part in that greening beyond just bringing moisture. What rain adds to the nutrient cycle is equally important.

Plants are constantly developing new roots as fine, hair-like roots die. It wouldn’t take long for soil systems to become choked with dead roots—which consist largely of carbon and nitrogen—were it not for one thing. Fortunately, soil is also full of microbes that carry out most of the heavy lifting that creates conditions for plants to thrive. These microbes digest the fine roots, using the carbon elements and some of the nitrogen for their own needs, and releasing nitrogen as a by-product. As any gardener knows, nitrogen is one of the main nutrients required for healthy plants.

Rain, or irrigation, provides the moisture to allow soil microbes to increase their activity. As the soil becomes wet, they boost their composting action and more nitrogen is released as waste that the plants readily absorb.

There is one other factor involved with rain that irrigation cannot mimic. Our atmosphere is about 78 percent nitrogen gas and also contains minute particles of nitrates and ammonia. When it rains, these chemicals are washed from the air and added to the soil, boosting plant activity.

This atmospheric soil addition can be a big deal, depending on where in the country you live. Some places receive much more than others. There is even a national program, National Atmospheric Deposition Program, that tracks all deposits, not just nitrogen, from the atmosphere.

Even lightning associated with thunderstorms plays a role in this nitrogen cycling. The energy released by a lightning bolt can oxidize nitrogen gas, freeing up more nitrates to be washed down onto plants with the accompanying rain.

Total soil moisture also plays a role. A brief shower after a prolonged dry spell will not activate soil microbes like a long storm would. In addition, if the entire soil column is moist, then all of the root systems of plants can be available to absorb nutrients released by microbes or added through “sky washing”.

The bottom line is that the moister the soil (there are limits), the more nutrients will become available to plants. Well-fed plants are more active, thus, greener.

Finally, as water becomes less available, leaves begin to sag and, if drought conditions continue, will even turn brown. On the other hand, lots of moisture loads leaves up, much like filling a water balloon, to their maximum size. Leaves and stems full of water are at their showiest.

Of course, there can be too much of a good thing. If soils are saturated and it continues to rain, highly mobile nitrogen molecules can be carried right past the root zone and once again become unavailable to the plants. Worse, nitrates and other chemicals can be washed into streams, rivers and lakes creating an overabundance of aquatic plants and algae.

Rain, incessant rain, had me cussing for a long while this year. However, if the fabulous green forests and meadows are the result, I guess I really didn’t mind so much.