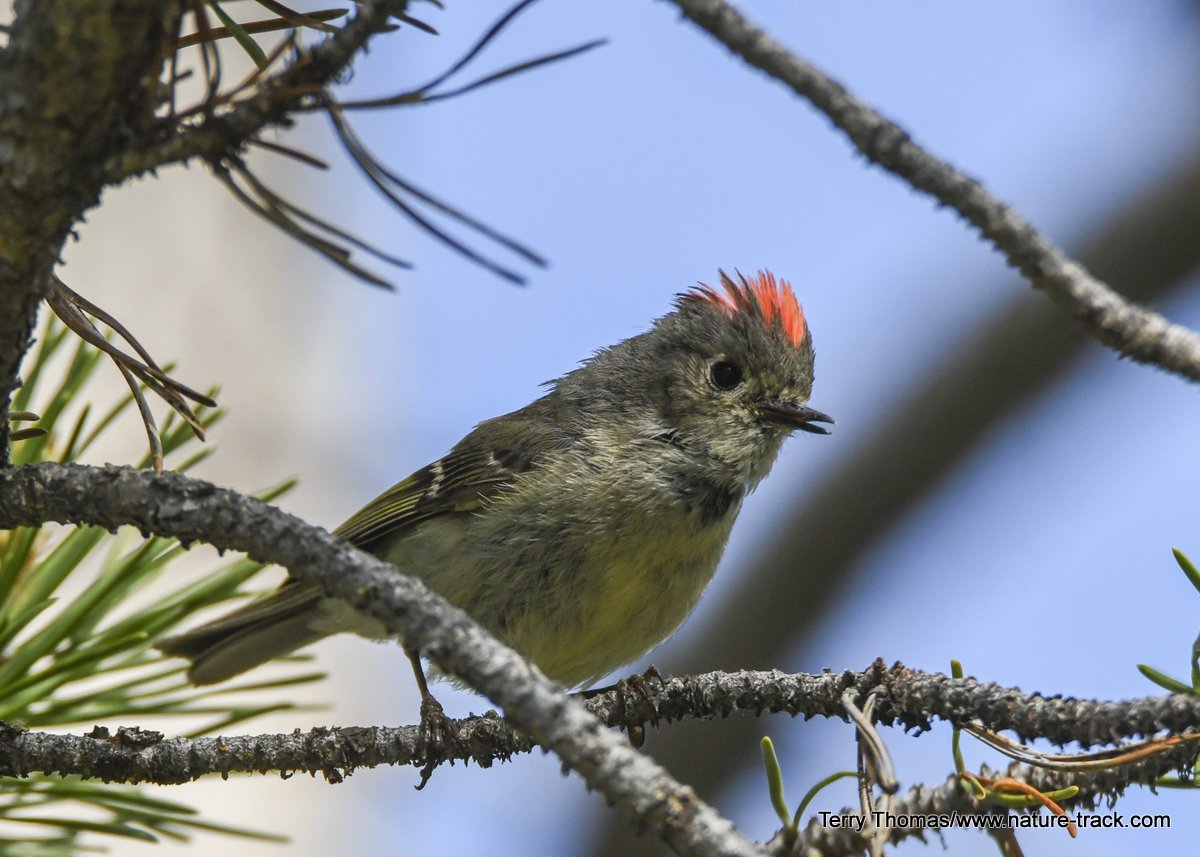 The male ruby-crowned kinglet may display his red “crown” when agitated or trying to impress a female.

From Florida to Texas to Arizona and north to Alaska, there is one tiny bird that never fails to delight us. Most recently, we have been seeing them along the Big Springs Nature Trail in Island Park where we are fortunate enough to have numerous breeding pairs. This little bird, only four inches long, is the ruby-crowned kinglet, so named for the ruby red feathers on top of the male’s head and, presumably, for their Napoleon-like attitude—despite their small size, they seem to think that they should rule the forest.

If you are not a serious birdwatcher, you may not have even realized that there is such a thing as a ruby-crowned kinglet. Not only are these birds tiny, smaller than a chickadee, but they tend to live high up in spruce and pine forests. If the trees are tall enough, the female will construct her tight hanging nest 40 to 60 feet above the ground.

Because they nest so high in trees, little is really known about their brood rearing. Males and females stick together for about two months during the breeding/brood rearing season and the female may lay from five to twelve half-inch-long eggs in a single nest. Nests require constant maintenance and are designed to stretch as the brood grows.

Despite the energetic movement of these birds, they can be hard to see. They hunt in and among the thick branches of conifers and deciduous trees where just about any invertebrate they can catch is on the menu. This hunting keeps them endlessly circling around trunks, hanging under branches and hopping among the thickest stems. They are fast too, and seldom stay in one spot for long, making it hard to get binoculars on them before they are off again. Motion may give away their presence, but you still have to identify them.

One other thing can betray their presence and that is their song. For such a small bird, the music they make is surprisingly loud. It is a melodious sound described as, “an excited musical chattering.”

This little bird seems nervous and is almost constantly flicking its wings, a behavior that is a helpful diagnostic. It is a gray-green above, pale below and sports a white eye-ring that is often wider in the front and back than it is on top and bottom. It has a bold white wing stripe bordered on behind with black. Wing feathers often appear to have a yellow tinge and there may be some faint yellow near the tail. As previously noted, the male has the ruby crown, one that is usually hidden from view. If he becomes agitated, for example when another male enters his territory, he may raise his crown to its full splendor.

When that red crown is not on display, the ruby-crowned kinglet may be a bit difficult to distinguish from another common tiny bird, Cassin’s vireo. However, the vireo seems to have a larger rounder white eye ring and has two white wing bars separated by a black band. Their song is described as, “a series of phrases”, not melodious at all.

There are few birds that we are happier to see, wherever we are, than the ruby-crowned kinglets. Whenever we see a feathered rocket or catch a glimpse of the perpetual wing motion, we take the time to re-acquaint ourselves with these tiny wonders of the bird world.

The 2023 Island Park Calendar is one of a kind. Almost 12 inches square, printed on extra heavy stock and with a spiral binder that allows the calendar to lay flat against a wall, it is a keepsake with photos worthy of framing. I know as I just heard that one of them was framed and used as a retirement gift for a federal employee. If you, or someone you know has ties to Island Park, this is the perfect gift. Order one today by using the Contact Us page. We can accept Venmo. 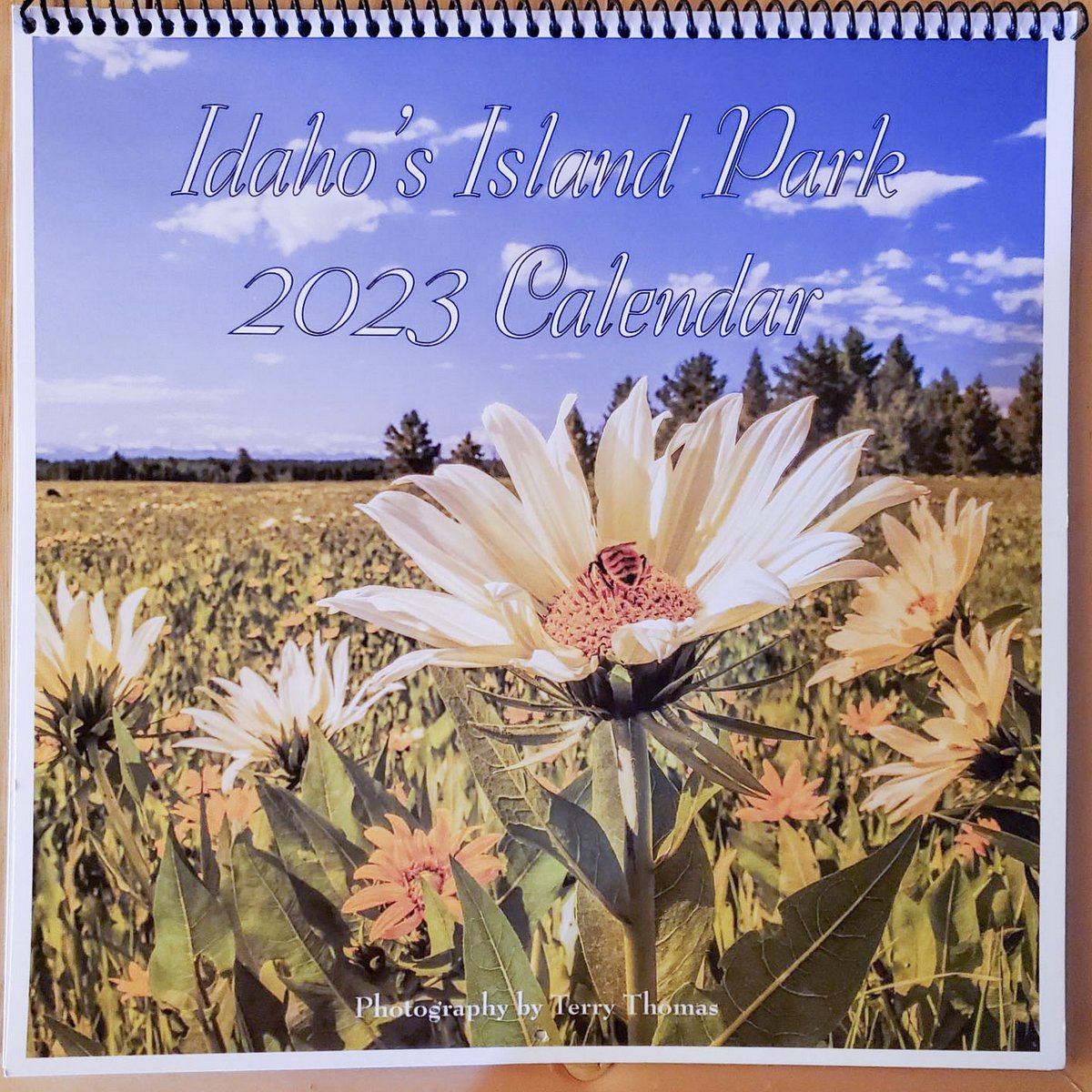