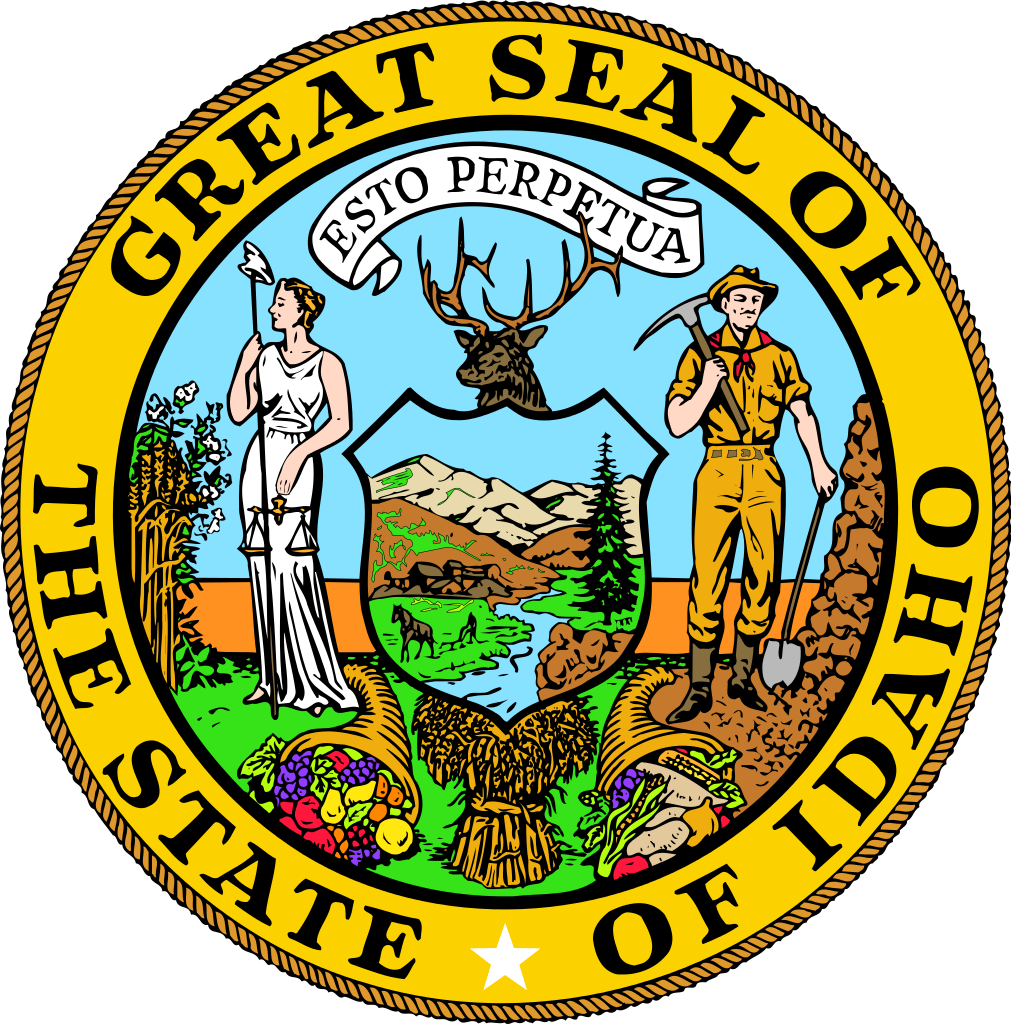 Idaho’s state motto as depicted in the state emblem is, Esto Perpetua, meaning, may this always last. The emblem shows an elk, representing wildlife and their habitat along with justice, agriculture and mining.

Like thirty-four other states, Idaho has never adopted an official state motto, per se. Instead, the motto Esto Perpetua was accepted as an element of the state seal.

This motto seems at odds with the current tide trying to shift ownership of public federal lands to states. It reminds me of the time a dog chased my truck. Having had enough of this particular dog, I slammed on the brakes and rolled down the window. “Well”, I said, “Now that you have caught it, what are you going to do with it?” The dog looked at me quizzically and then slinked off. I had apparently ruined his fun.

I worry that the proponents of this movement are much like this dog. For all the barking and chasing, if they actually catch this truck, would Idaho would be poised for proper management or would development interests swoop in and seize the opportunity at the public’s peril?

It does seem clear that their intent is to eviscerate irksome federal legislation, such as the National Environmental Policy Act, that requires the federal government to consider the impacts of proposed activities. As onerous as NEPA can be, it evolved because of abuses public lands suffered by development and commercial interests. It rightfully acknowledges that there are many opinions about how to best manage these lands, profit only being one of them.

Even our conservative governor doesn’t support a plan to turn federal lands over to the state. Last year, in a Capitol for a Day meeting in Dubois, this subject was raised and Governor Otter declared that Idaho cannot afford to shoulder the burden of these lands. Wild fire prevention and suppression alone would be more than Idaho could handle, he said. His reasoning is borne out by a recent study by the University of Idaho which found that accepting responsibility for federal lands could cost Idaho over $100 million a year.

When Yellowstone National Park was proposed around 1870, similar arguments were vetted. A small handful of developers sought to privatize the area and develop it into a series of spas and lodges for the wealthy.

I don’t know about you, but I am very glad that conservationists and not developers won that battle. A park for all the people, not just a select few, has served America well. I suspect that even the economic impacts of a national park far outweigh the short-term and short-sighted get-rich-quick-at-public-expense schemes that were the alternate future.

Esto Perpetua.   With that goal, we can have development and conservation too. It takes careful planning and forethought though. Too often we develop first and then try to mitigate for the ecological storms that follow. We need to turn that around so we don’t find ourselves like the dog and the truck—wondering what we are going to do with the mess we caught.