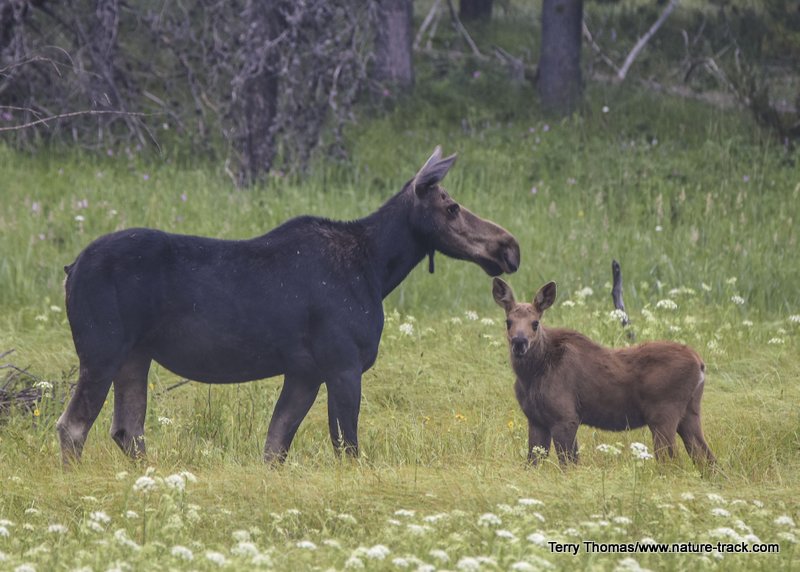 This is the baby season, a time when wildlife numbers reach their peak for the year.

As soon as the snow retreats, the woods, the marshes and the sagebrush habitats begin to stretch and yawn, working muscles dormant over a long winter. It doesn’t take long though, for the collective metabolism to begin to burn like a forest fire as the season of warmth and plenty is brief and the race is on to create the next generation.

By late spring and early summer, the fruits of labors started as long ago as the previous summer can be readily seen. For large mammals, bison calves, red as sunrise, and bear cubs, born in January, but just emerging from the dens with mama, start the show in May.

Bison and bears are soon followed by elk and moose calves and then pronghorn and deer fawns. Ungulate mothers hide their young early in the season, before they develop the strength and stamina to keep up and outrun predators. Those days are past now, and young fawns and calves accompany moms like miniature shadows.

This timing is critically important. Elk or other ungulates that breed in the second estrus cycle in the fall give birth later than their cohorts. The offspring produced are often condemned from the start. They just run out of time to grow and are unprepared when winter comes.

The young of many small mammals are leaving dens to explore this new and wonderful world. Half-grown marmots and raccoons, skunks and foxes, uneducated in the ways of vehicles, risk death alongside highways and byways. Road killed wildlife numbers skyrocket when youngsters leave home for the first time.

The time of plenty is here. Winter will sort out the unfit, predators will continue the evolutionary dance by removing the slow and unwary, and accidents will indiscriminately batter populations, but right now, there are more wild animals of all types than at any other time of year.

Many birds are on a slightly different schedule than mammals. Some, like Canada geese, were tending broods when bison calves were still too wobbly-legged to stand. The amazingly cute-ugly American coot chicks, along with eared grebe chicks, were just hatching the last week of June.

While most waterfowl broods are fledged long before now, some birds are just beginning on the road to biological success (passing on DNA to the next generation). Goldfinches, for instance, wait until the thistle blossoms form in early July before starting their families. This way, there is a primary food source, thistle seeds, available when they need to feed their brood.

The race to produce young has peaked by now, but the process lasts until fall with some animals. Many species of mammals (rabbits example) have several broods during the summer months, creating a second or even third litter. Some bird species, such as robins, may also create several families in a season.

Hen pheasants, however, only successfully raise one brood each year. If a nest or brood is lost though, they may re-nest three and even four times until their brood is grown and on their own.

Raising babies in a mad rush may seem like a disastrous approach and for humans it would be. In nature though, mothers must battle the clock and get youngsters to a stage where they can survive migration or winter and thus carry the genetic line forward.