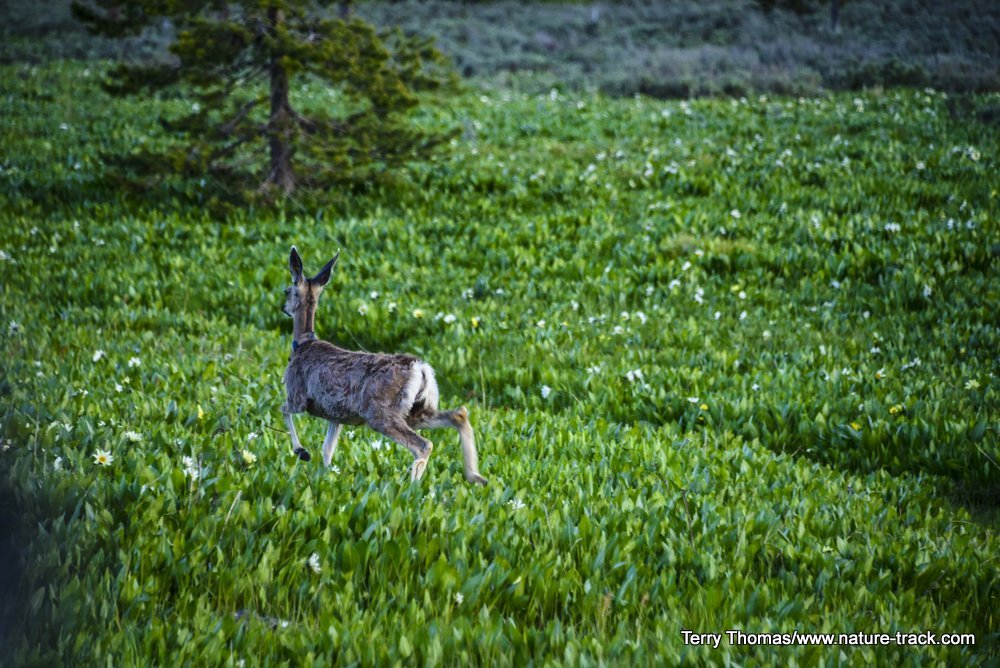 Last week I attended a short presentation at the Nature Conservancy’s Flat Ranch in Island Park. The presenter, University of Wyoming PhD candidate, Anna Ortega, talked about the differing patterns of mule deer migration of the Sublette herd that winters in south-central Wyoming’s Red Desert.

Until 2016, deer from the Sublette herd held the long-distance migration record of about 150 miles. Then they put a GPS tracking collar on a female they dubbed 255 and watched in amazement as her relocation data, 12 points a day or 4,272 locations a year (35 years ago, when I conducted my own research on mule deer migration, if I had 40 locations for a single deer for the entire year, I was thrilled), traced her all the way to Island Park, a distance of over 242 miles. Her collar failed and they lost the 2017 data, but recaptured her in early 2018. They followed her again on the same incredible journey, proving the first one wasn’t an anomaly.

Anna is studying why this herd has three different migration strategies. So far, the research has demonstrated some significant differences between the three groups.

Ortega’s team suggests that the long-distance migrants are able to better take advantage of “green-up”. Young vegetation is easier to digest and is higher in nutrients than more mature vegetation and long-distance migrants are following the optimal forage condition, something Anna calls surfing the green wave, for weeks or even months longer than their short and medium distance relatives.

The take home messages for me were twofold. First, there are so many things that we don’t know about wildlife and what they need that we often make huge mistakes out of ignorance. Anna quoted researcher, Ben Chapman, who summarized it this way: “it is perhaps naive to seek a single ecological factor to explain the evolution of partial migration; more likely, the patterns we document are a complex cocktail of diverse components.”

Wildlife needs are far more multifaceted than we can grasp and that should make us cautious. Most of the time, development occurs so fast that managers can’t even grasp which questions to ask, much less find the answers in a reasonable timeframe, especially when, as Chapman points out, those answers are likely to be complex and convoluted.

Second, although we may not understand all the particulars, these three strategies are all essential to the long-term survival of this herd of 20,000 deer. Just as my financial planner admonishes me to diversify my investments to protect me from catastrophic losses in one area, wildlife need a diversity of strategies to protect them as well. When options are lost, the resilience of the population declines.