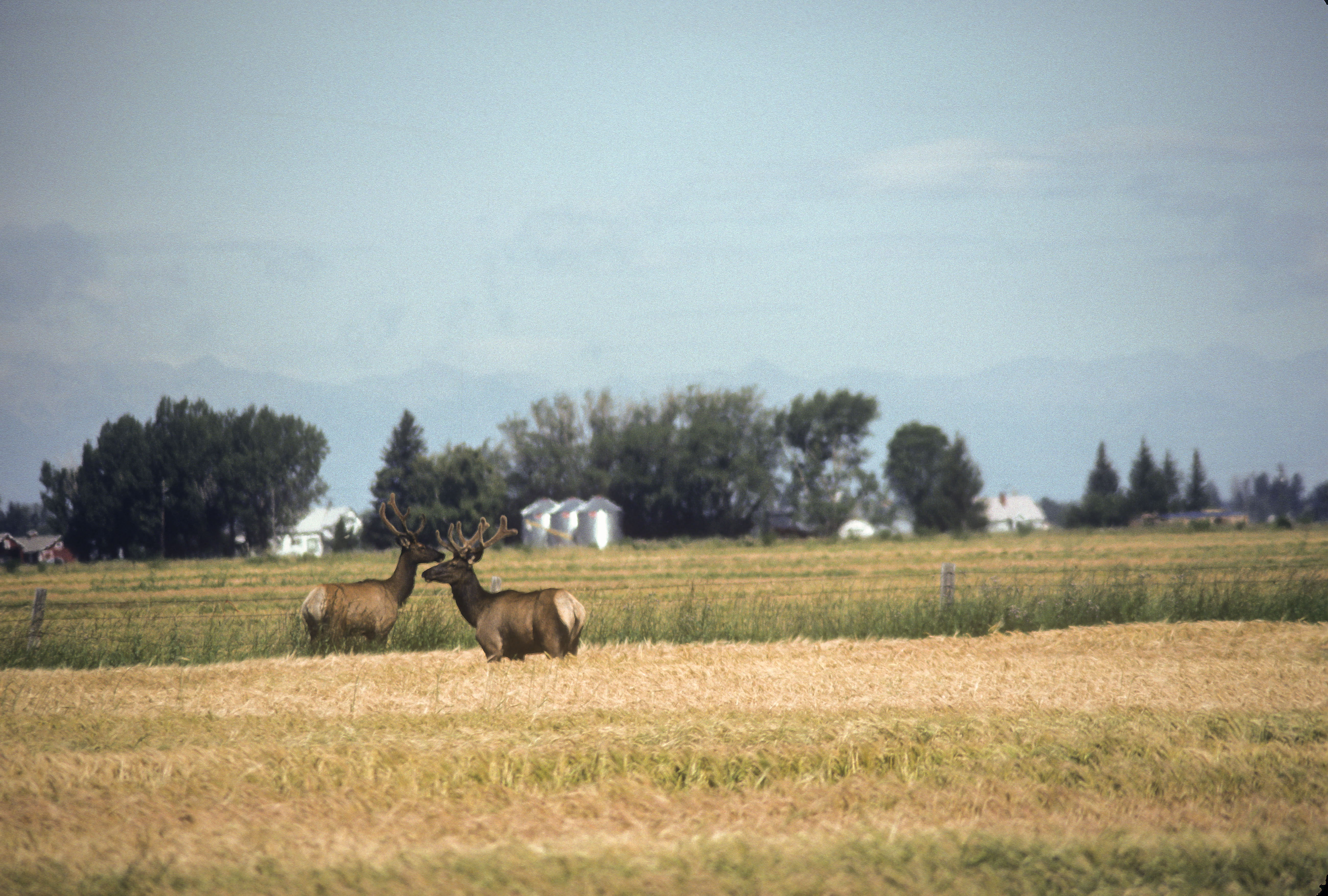 Not everyone loves elk like wildlife enthusiasts do. When elk enter summer crops like this field near Rigby, they can cause significant damage.

It started with a Facebook post earlier this month showing a bunch of elk quarters in a locker. The story continued that Idaho Department of Fish and Game had killed 206 elk for research in cooperation with the University of Idaho. I heard about it when I read a diatribe in the Island Park News critical of the action, saying that these elk were worth about $1.5 million to the state (of Wyoming not Idaho) and suggesting that the Idaho legislature needed to tighten control on the Department so such shameful activities wouldn’t happen.

My 30 years of experience with the Department led me to believe that there was more to the story and that the posting was, at very least, misleading. I found a report from Magic Valley (https://www.boisestatepublicradio.org/post/after-viral-facebook-post-idaho-fish-and-game-explains-elk-killings#stream/0) that did a good job explaining exactly what was happening. First, these animals were causing depredation (damage) to private ground. This usually means that they are in unharvested crops in the summer and haystacks in the winter—basically elk candy stores. The elk removal was spread from Weiser almost to Arco on five different farms, five different game units and over a four-month period. All meat was donated to local food banks, nothing was wasted. The highest kill in one night was seven animals.

A question came up; why weren’t sportsmen allowed to do the harvesting? Good question. The answer was that these elk, like most marauding elk, did their deeds at night, when, 1) it isn’t legal to hunt, and 2) it is dangerous without specific controls and training. In my opinion, it would have been irresponsible to use anyone other than trained staff under strict safety guidelines to conduct this exercise.

The study is a graduate level study looking for ways to reduce depredations through lethal and non-lethal means. If I was designing this study, I would certainly wonder if the killing of a single elk would be enough to dissuade the others. Two elk? All the elk in the field? I worked in depredations for several years and I found elk to be stubborn and persistent and crazy smart so, just what would it take to get them to move on? The nature of scientific research like this requires repetition and testing over different sets of conditions. If lethal removal is considered, it is going to require a substantial body count to come up with any answers.

So, why do we need the answers at all? That goes back to the complaint in the Island Park News stating that the legislature should hold the reins more tightly on the Department. In 1988, drought forced wildlife, mostly pronghorn antelope, onto private ground literally in droves. Thousands of pronghorns descended on fields in the Mud Lake and Howe areas damaging crops worth many hundreds of thousands of dollars. The Legislature got involved, demanding that the Department reimburse landowners for losses and develop a depredation control and payment plan for wildlife damage to crops. Last year alone, depredations reportedly cost the Magic Valley Region $1,598,720. The Upper Snake Region is often close behind. The Southwest, Southeast, Salmon and Clearwater regions also routinely pay high dollars for claims. So, in answer to the question, why doesn’t the legislature become involved, they did and this, including this study, is what it looks like.

Balancing wildlife and agricultural interests in a state still run largely by agriculture is always going to require maintaining wildlife populations at lower numbers than the habitat can sustain. If these 206 elk can help in finding the way to do that most effectively, then elk herds and sportsmen will ultimately benefit and it will be a worthy sacrifice.