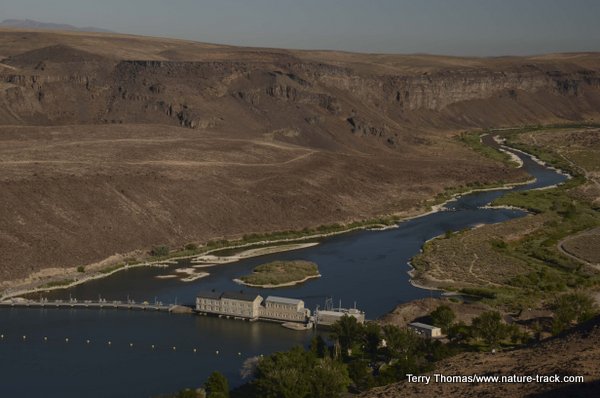 Swan Falls Hydroelectric Dam on the Snake River in Ada and Owyhee counties, is 107 feet tall and 116 years old. Fish passage built into this dam was a failure, making it the first dam on the Snake to block migrating salmon and steelhead. Note that the failure of the fish passage did not cause the dam to be dismantled. Salmon and steelhead just lost significant spawning ground.

A recent e-copy of WyoFile had an article on a new proposed irrigation impoundment for south-central Wyoming. Unlike most impoundment projects that are justified through multiple benefits to society, this proposal will serve about 100 irrigators and will not generate electricity or provide drinking water, and most of the recreation will be privately controlled. It will cost Wyoming taxpayers about $72 million with the benefiting irrigators carrying another $8 million.

Ecological consequences are not addressed in the article other than to mention a predicted improvement in the fishing downstream of the dam because of proposed minimum flow requirements. The proposed dam is part of Wyoming governor Matt Mead’s initiative, 10 in 10—a new irrigation dam a year for the next ten years. This dam is only ten air miles from a similar dam already in place in the same watershed.

The science of dam impacts is well known so it is surprising that Wyoming is promoting such an ambitious initiative. Across the country, similar dams are being removed at a rate of dozens a year. According to the organization, American Rivers, almost 1,400 dams had been removed nationwide since 1900, the vast majority since 1990.  Twenty-six dams were removed in 2016 alone. By 2020, over 70 percent of America’s remaining 75,000 dams over six feet tall will be over 50 years old. Most dams have a lifespan of only 100 years and repairs of hazardous conditions lag well behind identified safety issues. Dam safety experts say that 4,400 dams are in critical need of repair at a cost of over $50 billion.

Eastern Idaho has firsthand experience with the aftermath of a dam failure. When Teton Dam collapsed, it left a wave of death and property damage that reached all the way to Idaho Falls. One government report states that full recovery of the habitat in the impounded area may take 100 years. Other areas will not recover at all without significant engineering.

Here are a few negative ecological consequences of constructing a dam across a free-flowing river.

1.       The dam creates an insurmountable barrier to movement. Fish and other aquatic species do not get past dams without help.

3.       Impoundments flood habitat. In the West that means riparian habitat, the rarest and most biologically diverse of any western habitat.

Downstream, the situation can be even more dire and the impacts may extend for hundreds of miles. This is a complex topic so suffice it to say that the impacts are often unique to each downstream system but always have to do with two things: lack of a sediment source and/or the flattening of the hydrograph or annual flood cycle. Sediments, floods and droughts, stressors the system has evolved with, are mostly gone. These changes can cause channel scouring to bedrock, channel narrowing, vegetation shifts and thwart habitat building along shores and islands.

Now that people better understand many of the true impacts of dam building, it seems to me that society rarely benefits from an impoundment as much as we lose. Citizens, however, are rarely given the chance for true involvement in the issue. That is too bad, because such things are far too important to trust to politicians.