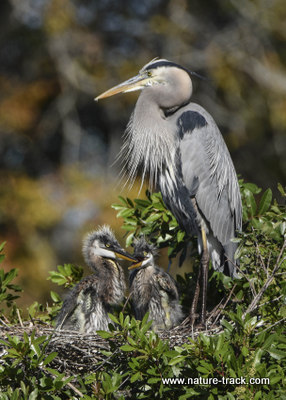 There are thousands of species of vertebrates on Earth, but their numbers are like a bucket of sand on a beach compared to the invertebrates, many of which have yet to be discovered and cataloged.

We recently read a story on the internet about the "deep biosphere—the mysterious patchwork of underground ecosystems that exists between Earth's surface and its core”, and the potential for life there. Scientists estimate that there may be millions of new species down there that are yet to be discovered. Most of these are single-celled organisms and occasionally invertebrates, but they do highlight the incredible biological diversity of this third rock from the sun.

A good working definition of biodiversity comes from The Convention on Biological Diversity: “Biodiversity is the variability among living organisms from all sources.  This includes diversity within species, between species and of ecosystems.”  This definition accounts for genetics, population robustness, and variety both in the organisms themselves and their habitats or ecosystems.

Particularly in the non-vertebrate class, there are many more discoveries to make, but even then, astounding vertebrate discoveries have been made in recent years. The okapi comes to mind. This mammal, a shy forest-dwelling relative of the giraffe, looks something like a cross between a giraffe and a zebra. It was thought to be a hoax until a population was discovered in 1901.

Sometimes a discovery is simply scientists coming to the realization that what was considered a single species is actually two, as in the case of the African elephant. The smaller forest dwelling African elephant has been recognized as a species distinct from the larger bush elephant.

Even though mammals are well-studied as a group, the pace of discovery seems to be increasing.  Since 2000, 25 new species of primates—16 lemurs and nine monkeys—have been discovered and documented. At least one of these came from an area with a strong human population. It was a monkey, about three feet tall, with a thick fur coat and brownish-gray hair fanned out around its black muzzle. Seems like it would be hard to miss but it had been undiscovered by modern (natives knew about it) scientists until about 2007.

Thirty species of new bats have been described worldwide since 2000 along with numerous species of rodents, including one from a family thought extinct since the Miocene, a pygmy three-toed sloth, three species of lagomorphs and five new species of marsupials.

Many species that are being discovered have small limited ranges, often an island or two or something similar. A case in point is the Rote Leaf Warbler, a new bird species discovered in Indonesia in October of 2018. This species has a range of about 1200 square kilometers.

This renaissance of exploration has been called, “the new age of discovery,” and is fueled by a couple of things. First, research technology has never been better. Second, and sadly, deforestation and development are opening otherwise virgin forests at an unprecedented rate, allowing researchers access. The trade-off is that we may destroy some species before we even know they exist.

Protecting this wonderful biodiversity should be job one. The fabric of life on this planet is so intertwined that the unraveling of a few threads here or there can eventually lead to catastrophe.