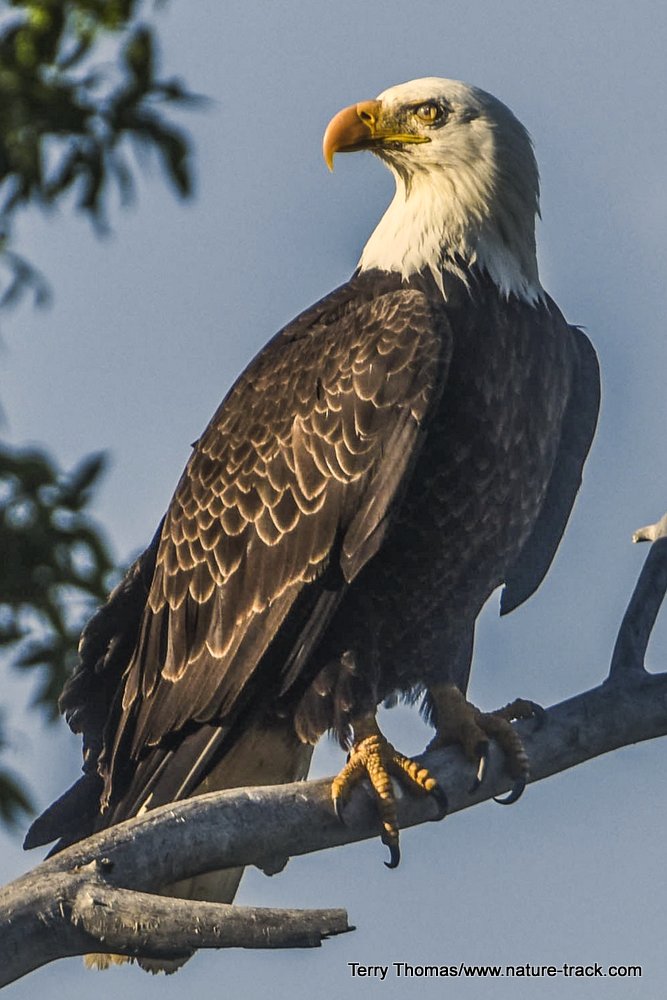 The bald eagle, our national symbol, is a magnificent bird that is always a pleasure to watch.

When it comes to seeing bald eagles in the winter, Eastern Idaho isn’t the first place that comes to mind. I checked the internet, and although there are several lists of “10 Best Places to See Winter Bald Eagles”, no place in Idaho makes a list.

I asked my friend and refuge manager, Brian Wehausen, just how many birds he has been seeing this year and he replied that on a recent count, 38 eagles were spotted. He said that this is likely a low year due to warmer than average temperatures. He also mentioned that a high of 120 bald eagles were counted one evening about three winters ago. He said that this number correlated well with a localized jackrabbit “explosion” in Eastern Idaho that provided easy dinners for these birds of prey.

Where these birds come from is somewhat of a mystery. Wehausen suggested that they might be birds that summer in the Greater Yellowstone area. However, they could be coming from much further than that. Until researchers start radio tagging these birds, their summer homes will remain a mystery.

By sunrise, the eagles are on the move toward their hunting and scavenging areas which can be as close as the Hamer calving and lambing grounds where they feed on afterbirth, or east to the Snake River where they can fish and find plenty of ducks. Just before sunset, they return to their roost trees where they will spend the night.

Even at a distance it is awesome to watch as these, some of the largest birds in North America, fly in on wings that can span over seven feet. As the eagles return to the trees, the first ones back welcome newcomers with vocalizations, adding to the experience.

This coming weekend, there will be an organized affair to watch the eagles as they return to their roost trees on Camas NWR. The group, Friends of Camas NWR, will hold their fifth annual, Come to Roost at Camas, event from 4:30 PM until dark on Saturday, February 15. The Friends of Camas group will have spotting scopes set up and all the free hot chocolate you can drink. This is an outdoor event so dress warmly, especially in the footwear department.

The Friends of Camas NWR group has been in official existence since 2016, but they date back much further than that. They currently have over 40 members. Their mission is to foster environmental education, conservation and scientific study on the refuge for the benefit of the resources and enjoyment by the public. To that end, they have won grants to establish a covered learning center and a pollinator garden and gazebo near headquarters. Besides the Come to Roost at Camas activity, they also sponsor a fun day in the fall called, Birds, Bugles and Brunch. They provide guided tours to listen for bugling elk and to identify birds as well as an all you can eat brunch of pancakes and more.

So, show off your red, white and blue by coming out to Camas National Wildlife Refuge (take the Hamer exit off I-15 then go east to the tee then north. Follow the signs and you will find the activity on the left side of the road just before you reach headquarters) and take advantage of this unique Idaho opportunity to see our magnificent national bird.