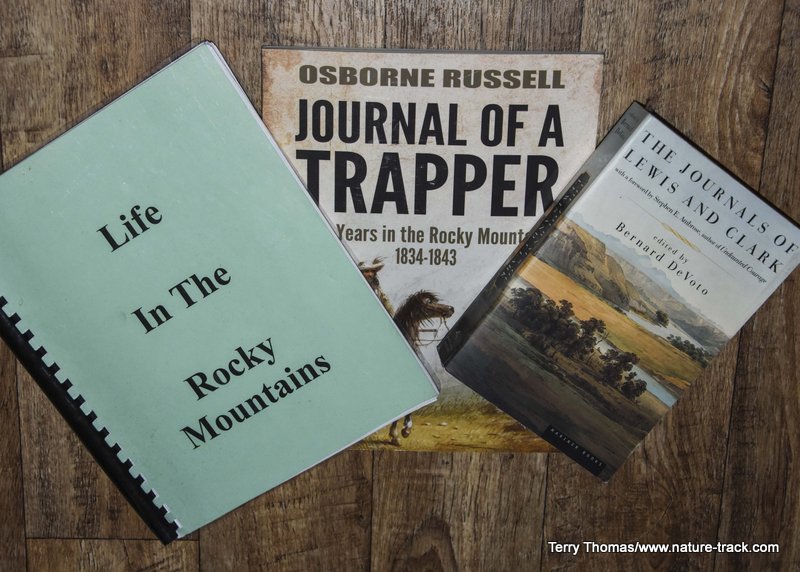 Journals of the mountainmen, fur trappers and explorers give us a tremendous glimpse of what the west was like before settlement.

On a long winter’s evening not long ago, I sat back in my recliner with a good book. Before long, I was lost in the story of the old west of the 1830’s and the men who journeyed west for a multitude of reasons. It was a tale of heroism, skullduggery, fortune building, adventure, hardship, death and more adventure.

That it was a true story added to the pleasure and I found myself wondering if I would have been tough enough to have endured the starvation, icy winter storms, swollen rivers, grizzly bear attacks and war with Native Americans. It was a hard country and required hard men.

At first, I read just for something to do while it was dark outside. Soon though, I became fascinated by the story and the way the west was almost 200 years ago. I picked up an Atlas of the United States and tried as best as I could to follow their travels. Some of the names and places I recognized from the descriptions, or because the place names haven’t changed over time. Other places escaped me and even a current map didn’t always help.

My imagination ran wild with the descriptions of their travels. These were places I have been to, some of which I have an intimate knowledge of! Fall Creek, Swan Valley, Pierre’s Hole (Teton Valley), Jackson Hole, Craters of the Moon, the Blackfoot River, Bear Lake, Island Park, Salmon, Bighorn Valley, Montana and Cache Valley, Utah—I had actually walked in their footsteps at times.

Eastern Idaho was the epicenter for much of their activity and when they described the place where a fine stream was swallowed up by the earth, it wasn’t hard to imagine the Big Lost and Little Lost Rivers. When they described a place where hot springs bubbled and tasted like soda, Soda Springs was easy to visualize. Fort Hall was a safe haven when things got heated between trappers and Native Americans.

Descriptions of wildlife of course caught my attention and I was astounded at what they found. Bighorn sheep were common around Pocatello. Bison were encountered throughout most of our country. Osborne Russell described Teton Valley this way: “This was a beautiful valley, consisting of a smooth plain intersected by small streams and thickly clothed with grass and herbage and abounding with buffalo, elk, deer, antelope, etc.” Many other places were similarly described along with catching salmon with bare hands and shooting and eating grizzly bears.

There are many different histories of fur trappers, explorers and mountain men.  Personally though, I like the first-person journal accounts for their day to day descriptions and the feel of really being there. If you have a few evenings to sit beside the fire and read, I can suggest several. The Journals of Lewis and Clark (the version edited by Bernard DeVoto), would be a good starting place for such an endeavor as it is essentially the beginning of the era, at least in the intermountain west. Two more great journals are: Osborne Russell’s Journal of a Trapper and Warren Angus Ferris’s, Life in the Rocky Mountains, both of which cover much of the 1830’s. It is especially fun to read them essentially concurrently as the histories intertwine and some of the same real-life characters appear in both.  All of these are available from bookstores and on the Internet.

My wife has surely tired of hearing, “Honey, listen to THIS!”, followed by me reading a passage or two about a favorite place that we both know. She is aware of my fascination with the concept of time travel though and these journals are the closest thing to a time machine I am likely to ever see.