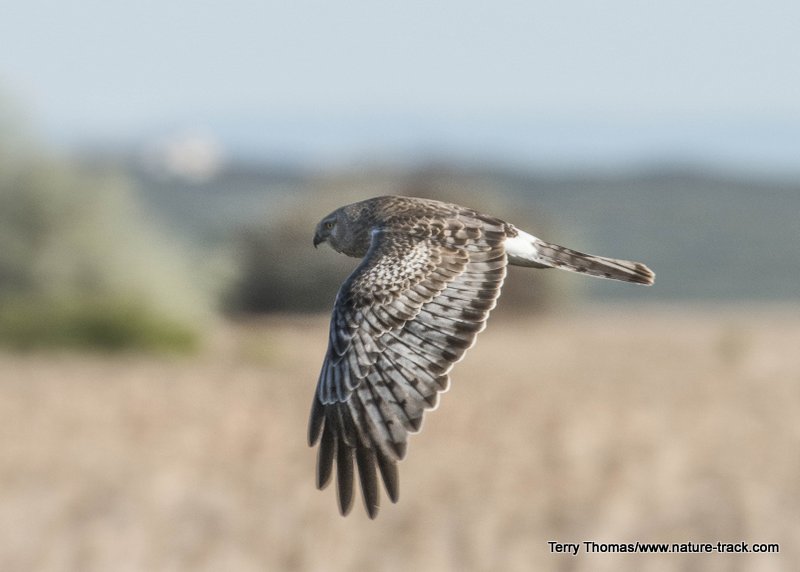 Of all the larger hawk-sized raptors, I think I like Northern harriers the best. They are cool birds, but that isn’t why I like them. Unlike most of the hawk-like raptors, I find that harriers, as they are often called, are raptors that I can consistently identify correctly, partly because of distinguishing characteristics and behaviors and partly because they are common enough to get a good handle on them.

Without question, you have seen harriers. They are common throughout North America, Mexico and Central America and in our area, may be seen throughout the year. They are lovers of open country such as grasslands and marshes. That last one even gave them the name they were once known by, marsh hawks.

You can recognize Northern harriers by their distinctive looks and behaviors. A harrier has relatively broad wings, but sports a long narrow tail with horizontal banding. Males are gray on top and white underneath, usually with plain chest and bellies. The females and the youngsters are brown on top with whitish underparts streaked with brown. Females are larger than males. All that is good, but it is the large white spot at the base of the tail on the dorsal, or upper, side that really sets them apart. It flashes like a beacon and is unique to the harrier.

One of the most distinctive characteristics of a harrier is its face. If you get a chance to look closely, you might be surprised to discover that it resembles an owl’s face. That’s because, like owls (they are not related), harriers have disks of stiff feathers on the face that funnel sounds to their ears and help them to hear their prey. Among non-owl raptors, only the harrier depends on hearing along with keen eyes to target prey.

A dependence on hearing to help find prey leads to behavioral trait that makes harriers almost instantly recognizable. They hunt by gliding low and slow over meadows, marshes, grasslands and other open country. If there is a bit of a breeze, they may face into the wind and appear almost frozen in the air. They will often hunt within a few feet of the top of the vegetation, their wings held in a dihedral or vee configuration.

Northern harriers are mouse and vole predators first, but almost anything small is on the menu. Amphibians, reptiles and small birds are commonly taken. Sometimes harriers even go after larger prey such as rabbits and ducks and have been known to drown prey too large to easily kill with talon or beak.

When it is time to nest, both male and female harriers construct a bowl on the ground that may be two feet in diameter. The female lays and incubates 4-5 eggs while the male does most of the hunting. Males commonly support two families at the same time, but in high prey years, they have been known to support as many as five.

Harriers have been around a long time. The oldest on record was over 15-years-old, but fossil remains have been recovered in Mexico showing that these birds have been around in present form for as much as 40,000 years. With my abysmal raptor identification skill, I hope they are around a lot longer than that so I can still correctly identify a raptor on occasion.