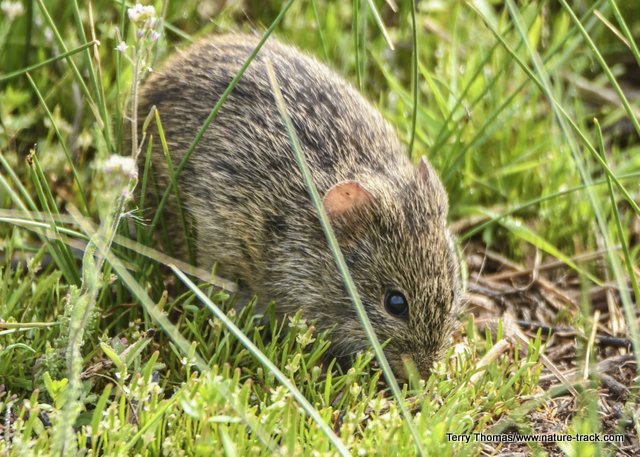 Smaller species, such as rodents, may divide into different species more quickly because of higher reproduction rates and how easily subpopulations can be separated geographically.

Most scientists believe that we are in the midst of the 6th global extinction event where species are fading out at an accelerated pace. Being the 6th extinction means that there were five previous ones including the one that removed dinosaurs from the planet. The difference is that this extinction event is considered largely human-caused.

Take a long enough view and the previous extinction events just set the stage for new species to evolve (a process called speciation). So, the questions become, are new species evolving now that will be better adapted to the future world and will there ultimately be no net loss of species? How do species evolve and how long does it take?

An interesting observational study from the Galapagos Islands of Ecuador and conducted by Princeton University sheds some light on this. Forty years ago, a single male cactus finch, Geospiza conirostris, one of the 18 species of Darwin’s finches on the island chain, made its way from Espanola Island to Daphne Island over 60 miles away. This bird either couldn’t return home because of prevailing winds or just liked the new digs and decided to stay. Problem—there were no female cactus finches with which to mate. Solution—the male convinced a medium-sized female ground finch, species Geospiz fortis, to mate with him and they successfully raised their first brood. Problem—the song and the bill size of the offspring were very different from other finches on the island and they could not interest any of them into becoming their mates. Solution—They could mate with other hybrids (siblings) and voilá!, they did and a new species was born. Today, there are still only 30-40 members of this new species and while whether or not it can compete in the long run is unknown, it seems to have carved out its own feeding niche and is doing quite well now.

The definition of a species being two animals that cannot breed because their genes are incompatible or, as scientists are now calling it, “selfish”, falls woefully short in examples like these. Speciation is as likely to occur because species occupy different niches or have different mating rituals and cues as it is that distinct species can mate and physically produce a viable offspring that will only mate with other offspring.

That is one way a species can quickly arise. Another might come from human-controlled activities. For instance, in the decades since the nuclear meltdown at Chernobyl, Ukraine on April 26th, 1986, which pushed 400 times the radiation of the Hiroshima bomb into the atmosphere, Chernobyl-caused genetic mutations in plants and animals increased by a factor of 20. These animals and their progeny are thriving yet have been found to be highly radioactive as well. Genetic changes have certainly occurred and this is the beginning of speciation, perhaps even “switching on” genes that have been dormant for centuries.

A common mechanism for speciation is geographic isolation. Here, a population of animals is physically separated into two or more subpopulations—say a fire destroys habitat causing a split in the population that they cannot bridge. These two (or more) populations of the same critter begin to develop differently to respond to their individual needs and eventually become distinct species. This occurred with an introduced mouse species on an island off the coast of Portugal 600 years ago. Because of the rugged rocky nature of this island and the resulting niche choices this ruggedness presented, this one species has evolved into six different species. Where the original mouse had 40 chromosomes, the new species have between 22 and 30, with chromosomes fusing together in ways that make each species unique.

There are certainly other ways that new species can arise and over a long enough time period, all species evolve or die out. Determining when the future animal is different enough from the present animal to constitute a new species is the trick. For now, we can rest assured that change is normal and if we give nature room, new and wonderful things may occur.