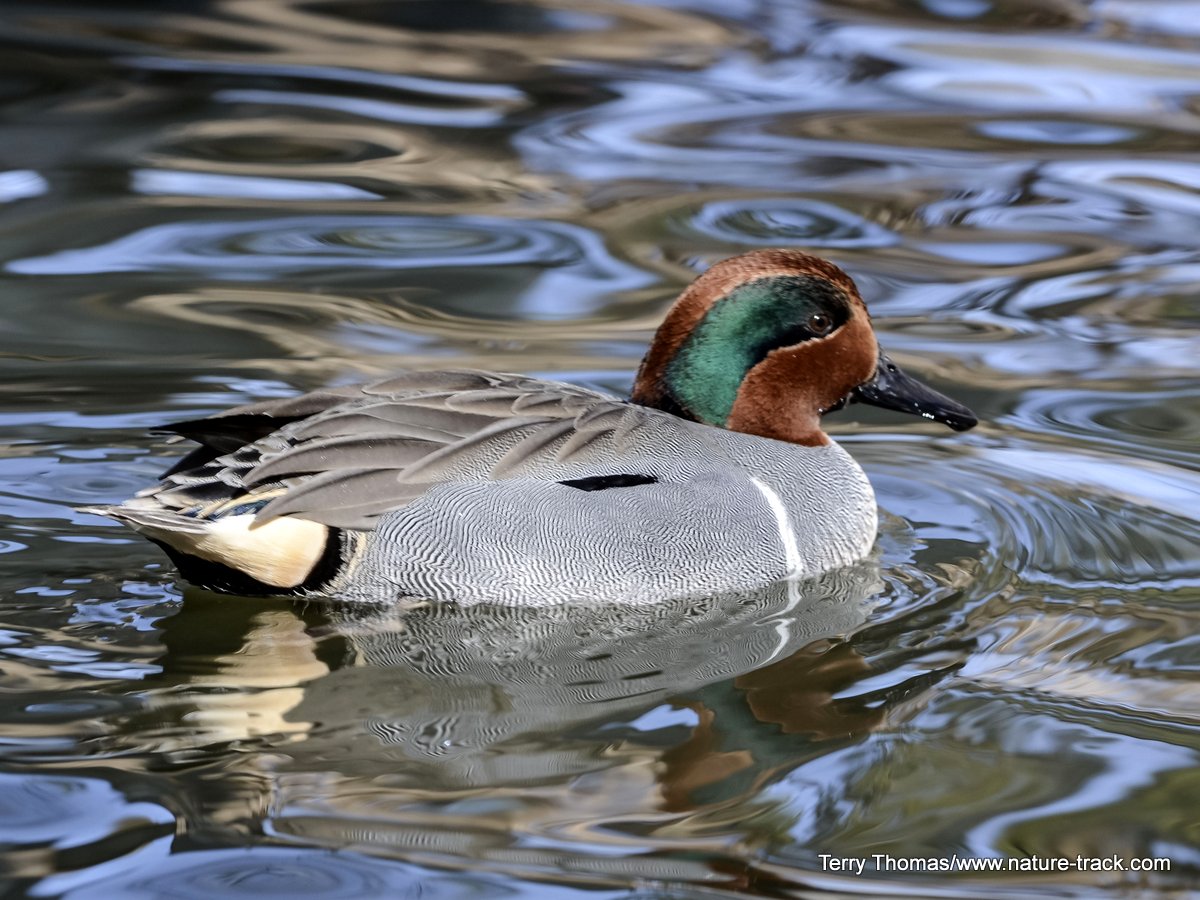 A dabbling duck like this green-winged teal is less likely to bioaccumulate toxins and heavy metals than a merganser or diving duck.

As we field dressed my wife’s elk several weeks ago, we took a blood sample with a kit supplied by Idaho Department of Fish and Game for testing for brucellosis, a livestock disease transmittable to humans. However, we will not likely ever know the result of that test.

That points to one of the arguments against wild meat. Since this is meat from a natural, uncontrolled environment, it is not inspected for quality or uniformity and it is rarely examined for parasites, diseases, heavy metals or chemical contamination unless the harvester specifically seeks such examination. On the other hand, monitoring for diseases and other issues is a standard practice with farm-raised animals.

Where do toxins in the environment come from? Industrial, agricultural and community pollutants enter the ecosystem from various point sources, but tend to migrate downstream, accumulating near the terminal ends of drainages. The closer to the endpoint of a drainage (this includes reservoirs that stop the flow of contaminants and concentrates them) the higher the concentrations. Animals can slowly absorb these toxins through a process called bioaccumulation, especially methylmercury, various pesticides, PCBs (Polychlorinated Biphenyls, which haven’t been produced in the United States since being banned in 1979, but still exist in significant quantities due to their high stability), mirex, chlordane and DDT (banned in 1972, but still around).

Animals that live in these concentration areas are often deemed unfit to eat because the environment in which they live is full of contaminants and they absorb and accumulate them from the foods they eat. For instance, there are at least 22 water bodies in Idaho where warnings about consumption have been issued by the Idaho Fish Consumption Advisory Program (https://publicdocuments.dhw.idaho.gov/WebLink/

DocView.aspx?id=1434&dbid=0&repo=PUBLIC-DOCUMENTS&searchid=98b43f0a-51bd-4467-90d1-c44ebc5c6923). People are warned to avoid or limit eating fish from these waters because toxins such as mercury and heavy metals accumulate in their flesh. Sometimes these warnings are temporary, more often they are permanent.

Fish are not the only edible critters to bioaccumulate toxins. Waterfowl are also highly susceptible. Fish-eating and diving ducks are often more contaminated than dabbling ducks because of their diets high in fish and invertebrates which tend to accumulate the toxins. In some places, health officials recommend not eating mergansers at all and limiting other waterfowl meals to twice a month.

The preparation of any fish, waterfowl or, I assume, mammals, amphibians and reptiles, from contaminated waters always follows the same guidelines. Remove the skin and remove all fat before cooking. That is because toxins tend to settle into fat and skin and are not metabolized.

The processing of wild animals can sometimes lead to infection or exposure. External parasites are a prime source. Fleas may carry bubonic plague and ticks carry Rocky Mountain spotted fever and Lyme disease, all serious illnesses. Handling meat may expose you to brucellosis, tuberculosis, or tularemia. Consuming wild meat could expose you to chronic wasting disease or parasitic diseases such as trichinosis.

For most wild meat, this really is not as big a problem as you might think. In 30 years as a wildlife professional, I can think of only a case or two a year where harvested animals in my area were deemed unfit for consumption. Often these were related to injury or wounding during hunting. As an example, in the past 60 years, only six cases of plague have been reported in Idaho. The good news is that in a natural setting, sick and injured animals don’t last very long and are seldom available for human harvest. Worldwide, most diseases transmitted to humans from animals actually come from domesticated animals, not wildlife. In less developed countries, zoonotic diseases (transferred from animal to man) account for 2.2 million deaths a year and most cases come from livestock.

The bottom line is simple: most wild meat is safe and healthy. However, hunters, fishermen, trappers and others who consume wild meat must take personal responsibility to recognize the symptoms of disease and also in the handling, processing, storing and cooking of wild meats to ensure quality and safety.