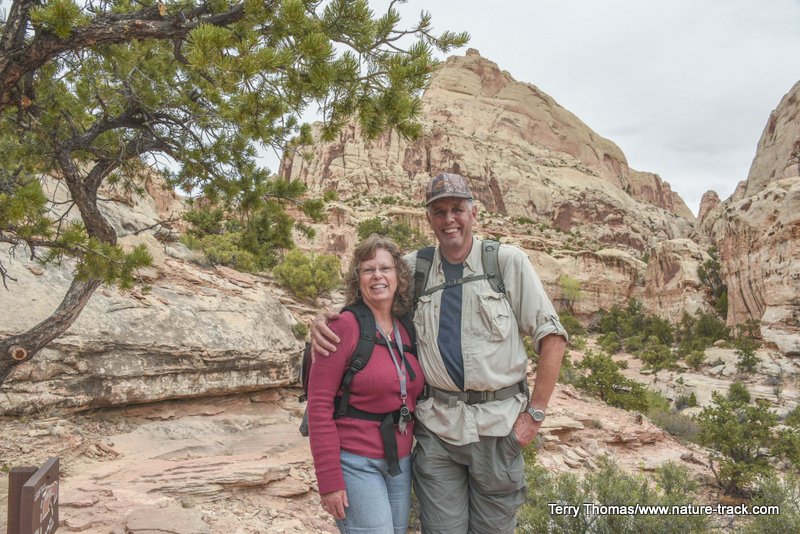 Who would have ever guessed that meeting a couple from Alaska on a hike in Southern Utah would lead us to a great camping experience in Alaska’s Denali National Park?

One fine spring day about three years ago, we were hiking in Capitol Reef National Park when we stopped to visit with another couple resting on a huge sandstone rock. It turned out that they were from Eagle River, Alaska. We mentioned how we hoped to make an extended trip to the 49th state someday and we were especially interested in spending some time in Denali National Park. Denali, it turned out, was one of their favorite places and the proceeded to enlighten us with how and when to go and where to stay.

It took us two years to capitalize on their advice, but when we did, we followed it to the letter and were able to spend eight days camping inside the park with our trailer, well beyond where private vehicles are usually allowed to go.

Cathy consistently asks store clerks, campground hosts, other visitors and more, “What is your favorite place to go around here?”, or, alternatively, “What is your favorite thing to do (or have done) in the area?” These two questions often spark some interesting discussions and fill in our schedule with some really fun activities that we would have otherwise missed.

I am not the social butterfly that my wife is, but I do eavesdrop on occasion. One time, while walking the Anhinga Trail in Everglades National Park, I overheard two ladies, obvious birders from their equipment and conversation, talking about a place not far from Fort Lauderdale where they had found a lot of birds. Finally, I couldn’t stand it anymore and with unaccustomed bravado, I excused my rude eavesdropping and asked about the place they were talking about.

They graciously filled me in on Wakodahatchee, a small reclaimed area used for the final treatment of waste water. There is a boardwalk and path, lots of wildlife and is beautiful as well. Just like that, I discovered one of our favorite places to visit in southern Florida and this discovery led to an encounter just a few miles away at a similar area called Green Cay.

These two places were on several maps, but in print so small we would never have found them. Without overhearing the conversation and having the temerity to for directions, we likely would have never found either location. Now, I can’t imagine going to Fort Lauderdale or Miami and not taking the short drive to see them.

This scenario has played out many times in our travels. Just this past summer, we encountered a grizzly sow and cubs on a gravel road a few miles from camp on Alaska’s Kenai Peninsula. Cathy struck up a conversation with another observer who pointed out where the bears were headed and how to best photograph them. At a birding event in Magic Valley, I mentioned to a friend how much we had enjoyed visiting the City of Rocks near Almo, Idaho. He asked if we had ever been to Little City of Rocks north of Gooding. It took several years to get it on the calendar, but when we finally made it, we were thrilled. I also found out how to get to the other side of Mesa Falls for a different viewpoint from an old cowboy. The list goes on.

The bottom line is that everyone knows something I don’t know; places to go, things to see. Sometimes these are well guarded secrets, most often though, people are more than willing to share if you just ask.