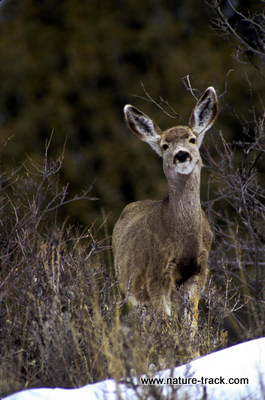 Winter range, water quality, viewsheds and recreational opportunity all benefited when citizens of Boise decided to tax themselves to protect these resources.

“And it came to pass in those days, that there went out a decree from Caesar Augustus, that all the world should be taxed….And all went to be taxed, every one into his own city. And Joseph also went up from Galilee…unto the city of David, which is called Bethlehem…to be taxed with Mary, his espoused wife, being great with child.” St. Luke 2:1-5 King James Version Bible.

It is interesting that the Christmas story begins with taxation. It does truly seem like we cannot escape death or taxes. Taxes have been a vexation nearly from the dawn of humanity, and the cause of significant civil strife, including our own struggle for liberty from British rule. Yet, they are the impetus for the beginning of the greatest story ever told.

Taxes are seen as levies imposed upon us where we have little say. So, here is a question; if we tax ourselves in order to get something we want or to maintain a certain quality of life, is that a tax? Could there be such a thing as a good tax or is that an oxymoron, like deeply superficial or business ethics?

As it turns out, we tax ourselves all the time for things that we determine beneficial. For instance, in the school district where I live, voters recently approved a large bond that will raise property taxes in order to build a new and needed high school. Granted, it took three tries to finally get above the supermajority vote, but that is another story.

Over ten years ago, the city of Boise, Idaho was concerned about the rapid development of the foothills north and east of the city. Subdivisions were popping up like mushrooms and were changing the view, the watershed qualities, and recreational opportunities and gobbling up mule deer winter range. Citizens voted to approve a levy that would raise enough money to help preserve the landscape as it was. Boise City website proclaims, “Boise voters raised $10 million dollars for conservation and land protection in the Boise Foothills. Since then, over 10,750 acres have been set aside for wildlife habitat, to promote clean water, and to provide ample recreational opportunities.”

That has made a huge difference in the quality of life in Boise.  A study measuring the benefits of open space conservation shows the Boise Foothills generated $11.9 million in ecosystem services, direct use, health values and social cohesion in 2011 alone. This past November, as the levy reached its sunset, Boise citizens enthusiastically voted to re-instate this self-imposed tax.

What an awesome Christmas present we could give ourselves if we insisted that our state and local governments provide a mechanism where everyone can contribute to maintaining our outdoor heritage.